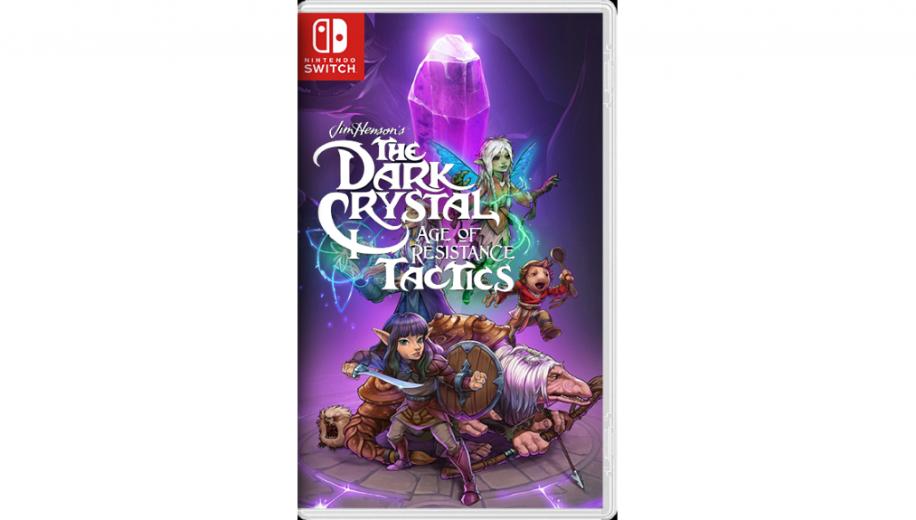 For a while there, we thought the days of popular properties trying to squeeze themselves into ill-fitting gaming genres were done. A South Park kart racing game, an eco-friendly light gun shooter starring Aerosmith, a Burger King-flavoured stealth game... we've seen some truly ridiculous stuff over the years, but here we go again as a conflict-light fantasy favourite is for some reason chosen to be the basis for a pure combat tactical RPG. The Dark Crystal: Age Of Resistance is an odd property on which to base a game in the first place. The original movie wove a simple tale into something memorable largely on the basis of its unique cast and stunning artistry, and it's likely that decades passed without a Dark Crystal tie-in game purely due to the technical difficulties of recreating that gorgeous style on the hardware of the time. Even now we've got one, it doesn't exactly get a chance to show off the jaw-dropping landscapes of the series or movie – with isolated grid-based maps and a camera that likes to keep the characters close, it's fair to say that much of the spectacle that makes The Dark Crystal what it is gets lost here.

Still, for Dark Crystal fans who might not be so experienced on the gaming side, it's probably worth spelling out exactly what a tactical RPG is – not everyone grew up with Shining Force or plays Disgaea or FireEmblem, after all. The genre is sort of board game-esque in that each character has their own turn in which to use limited movement to roam the battlefield grid, and then an action that can be used to smack enemies or cast spells. Or lob rocks, in this case, which is actually a lot more useful than it sounds.

Much of the spectacle gets lost here

Age Of Resistance Tactics follows the plot of the Netflix series pretty closely, which just makes it feel even stranger that the vast majority of the dialogue is delivered in text form. While it might be a little unfair to expect full voice acting in a £15 game, just lifting a few lines from the show's dialogue would make it feel that much more authentic. Instead, it's limited to just battle grunts and the odd Skeksis whine. At least the Fizzgigs have their signature growls, so that's something.

Things are a little better from a visual standpoint, and characters are all faithful enough to their TV counterparts – it looks great in handheld mode, but the graphics don't hold up so well when played in docked mode. The simple 2D overworld map screen and limited view offered by the small maps don't really do justice to the rich world of the series, although they do serve as pretty little vignettes all the same. Battle stages all use elevation to some extent, rewarding players who are able to get the high ground advantage over enemies with a slight boost to hit rates. More nimble characters can scale higher ledges and rain bolas and rocks upon enemies that can't reach them, for instance, while other stages have their own gimmicks such as switches to hit that open new areas or sandstorms that blow unsheltered characters and objects around. While the maps are typically quite small, most have some interesting things going on, especially once you get a bit deeper into the game. By genre standards, Age Of Resistance Tactics is relatively straightforward, so fans of both the series and this kind of game might find it a little basic. It doesn't have the pressure of permadeath or extracurricular antics of Fire Emblem, the mind-bogglingly huge stats and damage numbers of Disgaea, or the ocean-deep character options of Final Fantasy Tactics. Nevertheless, it's certainly a serviceable example of the genre and one that anyone new to grid-based strategy games should find easy enough to get into.

Follows the plot of the Netflix series pretty closely

Perhaps the most complex aspect of Age Of Resistance Tactics is the character development tree, and it's way more in-depth and versatile a system than you'd expect from a game that is otherwise so simple. For most heroes, there are three initial job options – melee, ranged, and magic, effectively – which then branch into new options at level 10. Each of these has its own set of abilities, and you can assign a handful of the class' skills alongside a couple of extra ones from a secondary class. Multi-classing like this allows for some interesting characters (a healer with the Scout's stone toss ability can safely recover MP from a distance, for example, while ranged fighters can use the melee Shove ability to move enemies around and create distance), and it's also the only way to reach the 'ultimate' jobs, each of which requires advancing in two specific roles from different classes. Progression is satisfying, then, even if the optional missions make it way too easy to get overpowered for the main story quests.

One great thing about the combat system is how open it is with its stats. Abilities clearly state which stat they scale with, hit rates show what modifiers are affecting them and seem pretty accurate (looking at you, XCOM...), and you're free to undo movement should you position yourself out of range of the ability you want to use. With this aspect being so user-friendly, it just makes the inter-mission menus that much more egregious. They're overly fiddly and slow, with the extra kicker that accidentally swapping your primary or secondary job can alter what equipment the character can use and just unequip their gear. At least equipment unlocks at a pretty slow pace so you're not swamped with options too early, and the choices are all well explained – giving a melee fighter a spear will up their hit rate and allow you to more comfortably use less accurate abilities, while giving them an axe confers beastly damage at the expense of speed.

Multi-classing allows for some interesting characters An accessible, no-frills strategy game, Age Of Resistance Tactics will be a neat companion piece for fans of the Netflix show (and/or the original movie) with little experience in the tactical RPG genre. Anyone who has mastered the crazy mechanics of a Nippon Ichi strategy game or the depth of Final Fantasy Tactics, though, will likely find this a little on the shallow side, although it's certainly competent and enjoyable despite its relative simplicity. Unlike the show, this isn't a big-budget production, so temper your expectations accordingly and you'll likely have a pretty good time.