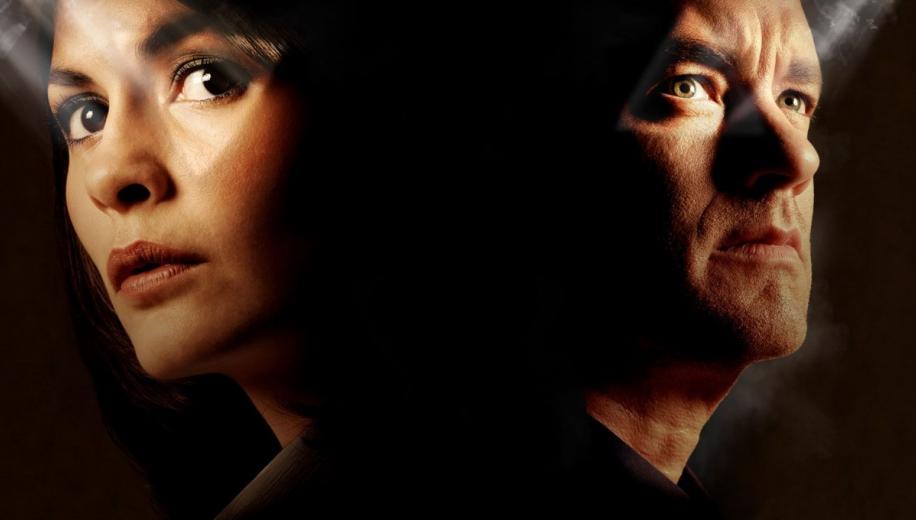 The DaVinci Code is presented with a lavish, polished 2.40:1 aspect ratio anamorphically enhanced widescreen transfer. Detail is excellent throughout, with very little softness indeed, consistent clarity and no noticeable signs of edge enhancement or of other digital artefacting. Grain is also non-existent, even in the darker scenes, of which there are plenty. Blacks are solid and pave the way for a superb colour palette that brings to life all of the authentic locations and incorporates Ron Howard's trademark desaturated moments well. Overall it is a brilliant visual effort.

To accompany the movie, we get a solid Dolby Digital 5.1 effort. Dialogue is presented clearly on coherently, predominantly coming from the frontal array. We get plenty of car chase effects and gunshots, as well as aircraft noises and - of course - all those little background atmospheric nuances, each keenly and lovingly observed. The score is reasonably powerful and keeps the tension constant and riding high, allowing for a little bass action as well. Overall it is a decent, above-average affair.

In the way of extras, the first thing to note is the complete lack of Commentary. Ron Howard is no stranger to Commentaries, but we do not get one from him here, nor Dan Brown, nor any Theology, Cryptology or other expert, who could have all had something interesting to offer. It is a missed opportunity, to say the least. We do, however, get a whole second disc packed full of Featurettes. There's First Day On The Set, where Ron Howard spends two minutes introducing the production, A Discussion with Dan Brown is a five minute interview with the author of The Da Vinci Code, who talks about his love for writing, dealing with his immense success and his next Robert Langdon thriller and then we get two character Featurettes: A Portrait of Langdon and Who is Sophie Neveu? They deal with Tom Hanks' and Audrey Tautou's characters respectively, with interviews from the actors themselves, as well as the Director and Writer. Unusual Suspects takes eighteen minutes to look at the rest of the supporting cast members and their important roles, with interviews with the like of Jean Reno and Ian McKellen, as well as the casting director. It features some behind the scenes footage of the performers in action, as well as offerings from the Director and Writer once again. Magical Places takes fifteen minutes to explore the different locations, with many places substituted in for the real location that they could not film in, and explanations for all of the problems that occurred when obtaining filming permission. This is quite an interesting offering. The Close-Up on Mona Lisa Featurette is six minutes long and mostly consists of the cast and crew discussing their first viewing of the famous picture. The two-part Filmmaker's Journey is an all-encompassing near-hour-long Documentary that looks at all aspects of the production, from the original book, to the cast, the locations and the end result. We get a five minute discussion on codes within the movie that the producers put in, with clips of the various symbols and a description of their relevance within the story. A slightly trivial offering, which only goes to highlight the wasted additional material they put into a movie that does not in any way warrant this kind of subtext coding. Finally The Music of The Da Vinci Code takes a brief three minutes to look at the work done by the irritating Hans Zimmer when composing the decent enough score for this thriller.
Well, sorry, but for me the question is now: what was all the fuss about? The movie adaptation of a supposedly decent book is a fairly lacklustre, predictable thriller that tries too hard to enthral audiences with obviously untrustworthy characters and contrived plotlines. Even the all-star cast could not keep this from being disappointing. From a technical standpoint, the release is excellent, the only minor niggle being the lack of commentary. Fans of the movie will have to pick this edition up, those who are curious might want to read the book first and then consider giving this a rental. It is a watchable thriller, but little more.