The book courted much controversy and film followed suit 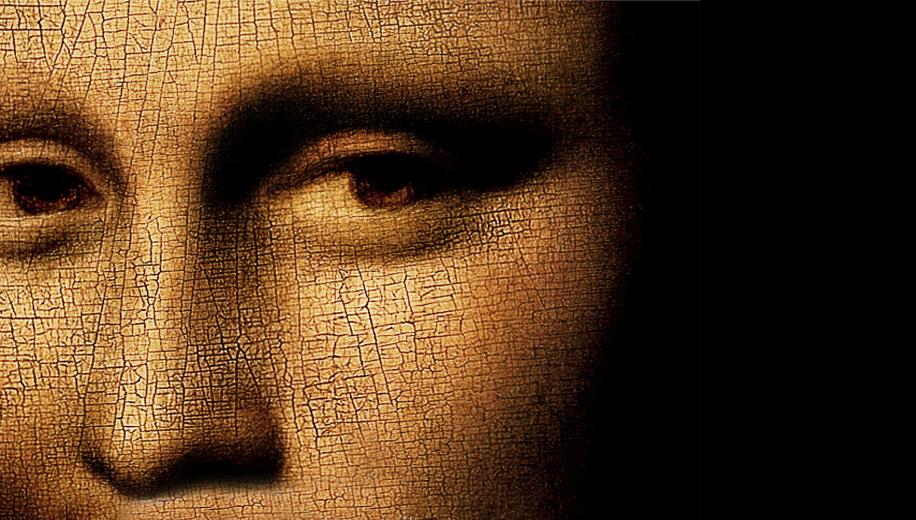 Can you keep secrets? Can you hear a thing and never say it again? And puzzles and codes, I imagine they lay down to you like lovers.

Robert Langdon is a symbol and code expert and when he is implicated in a murder at the Louvre, French detective, Sophie Neveu comes to his aid, and the pair suddenly find themselves embroiled in a mysterious chase involving the police, a clandestine religious sect, paganist rituals, a killer monk and an English philanthropist whose knowledge of what is going on leads them down a very dark path and may rock the very foundations of faith, Christianity and the Church’s involvement throughout history. Solving riddle and enigma one after the other, Robert and Sophie edge ever closer to the truth in trying to find out the mystery of The Holy Grail. Such is the plot of Dan Brown’s original 2003 novel, a book that courted much controversy due to its religious symbolism and anti-church rhetoric; when indeed everything purported to be fact is half-truths, semi-fact and borrowed investigative material.
It was, however, a very compelling story, and put forward ideological arguments, backed up by ‘believable’ theory, and because it was all told as fiction Brown avoided plenty of plagiarism cases. It was all nonsense, of course, but its massive success paved the way for a film adaptation headed up by director Ron Howard, who took the book and followed it nearly page by page, even courting similar controversy due to its subject matter. But whereas the book does a good job of holding the suspense and eking out the information in a kind of ‘light bulb’ moment, the film plods along in a meandering fashion feeling tired and bloated all the way to it’s now obvious conclusion; all this despite firm commitment from all involved and a terrifically lensed frame. Time has done nothing to improve matters, and while the idea behind the story is still compelling, its execution from a very reliable director, is this time sadly below par. The Da Vinci Code was shot on film using various Arricam cameras and the Super35 process in a 2.35:1 aspect ratio, scanned and finished as a 4K Digital Intermediate. It is this 4K DI that has been used here for this Ultra HD Blu-ray. The film is presented with a 3840 x 2160p resolution and in a widescreen 2.40:1 aspect ratio, the disc uses 10-bit video depth, a Wider Colour Gamut (WCG) and High Dynamic Range (HDR), and is encoded using the HEVC (H.265) codec. We reviewed the Region free US Ultra HD Blu-ray release of The Da Vinci Code on a Panasonic 65DX902BUltra HD 4K TV with a Samsung UBD-K8500 Ultra HD Blu-ray player. We are reviewing the US release but the UK Ultra HD Blu-ray should be identical.

The film is intentionally dark, most of it taking place over one night, and also soft at times but that does not, however, stop this presentation from being incredibly detailed. Skin texture and clothing weaves are clear winners, while landscape establishing shots, night vistas mainly, are pin point sharp with the lights over the Paris skyline having clear and defined edges. During the daylight hours, things improve with the bricks of buildings and pavements being particularly sharp; but for my money it's the light burning though stain-glassed windows that is remarkable, with the lead drawing absolute sharpness around the coloured glass. The included Full HD Blu-ray, by contrast, is slightly weaker in this regard with softer edges and less well defined images, but not so much that it is clearly obvious.


A good step up from its Full HD counterpart

Colours are where things really improve and thanks to HDR and WCG the image shines; flesh tones fair very well with a much richer colouring compared to Full HD, as do the gradations of red and blue. As stated the film is already very dark, and the HDR really emphasises this, adding further depth to the frame and revealing even more shadow detail (particularly true of Lagdon’s dark suits). Contrast levels are tremendous and attention to detail has been given to the gradations (unlike Watchmen) so that there is a decent transition from dark to light. Daylight is extremely realistic, and the again, the light pouring through the various stained-glass windows is a joy.

Digitally there are no compression issues or any edge enhancement. The source is clean and clear and is reproduced here with aplomb. There is a good grain structure giving a nice organic feel to the piece with the flashbacks looking typically grainy. In all a terrific advert for the format and one that is a good step up from its Full HD counterpart. The Ultra HD Blu-ray release of The Da Vinci Code has been remixed with a Dolby Atmos soundtrack that can be listened to in 5.1, 7.1 or various Atmos configurations. We are reviewing the US release but the UK Ultra HD Blu-ray should be identical.

Simon Crust reviewed the audio using a standard 5.1-channel setup – Ambiance is the name of the game here, with the surrounds being used throughout to add to the visual finesse; whether that is foot falls echoing around the Louvre, traffic noise in a busy street, aeroplane engines from inside the cabin or just plain weather. Dialogue is clear and precise well layered into the mix so that nothing is unbalanced and it all sounds very natural. The score makes full use of the surround environment and gets the best out of the sub, with various cues giving some decent subterranean kicks. Bass itself is used to fill out the low end, even if LF effects themselves are fairly scarce. Tight, controlled and effective best describes this track.


Despite not originally being released in Dolby Atmos, this is a great re-mix

Steve Withers reviewed the audio using a 7.2.4-channel Dolby Atmos setup – Considering that The Da Vinci Code wasn't originally released theatrically with a Dolby Atmos soundtrack, this new mix is very impressive. Sony Pictures are certainly to be congratulated for not only using a 4K source wherever possible but also ensuring that all their Ultra HD Blu-ray releases have Dolby Atmos soundtracks. The new sound design makes effective use of the overhead channel to help create a sense of environment. Whether it's the inside of museums or churches, flying in planes, racing around in cars or running along the streets of Paris and London, the surround field creates a marvellous sense of location. The effects are well realised without ever being overly aggressive, which suits the film, but they are also well defined. Dialogue is clear and centred, bass effects are used to create greater impact to the action scenes and the score is well mixed throughout the soundtrack. It's a great Dolby Atmos soundtrack and certainly compliments the excellent picture, adding to your overall enjoyment of The Da Vinci Code. Disc 2 – Full HD Blu-ray (No regional coding)
Seventeen production featurettes already available on previous releases of the film amounting to 160 minutes worth of material.
First Day on the Set with Ron Howard – Introduction from the director.
A Discussion with Dan Brown – Chat with the author.
Book to Screen – A look at the adaptation.
The Filmmakers' Journey Part 1 – Far more substantial look at the production of the film.
The Filmmakers' Journey Part 2 – Continuation of the above.
Magical Places – Closer look at the various locations featured
A Portrait of Langdon – Overview of the protagonist of the book/film
Who is Sophie Neveu? – The same for Sophie.
Unusual Suspects – Looks at the supporting cast.
Close-up on Mona Lisa – Examination of the most famous painting in the world.
Recreating Works of Art – Props department and their recreations of artwork.
Props – Closer look at the Cryptex and other objects.
Visual Effects - Special visual effects – obviously
The Codes of The Da Vinci Code – Examination of some of the symbols and icons seen in the film.
Sets – Close up on some of the sets built.
The Music – A few minutes on Zimmer’s compositions.
Recording Sessions – Slightly longer featurette with him in as he mixes the score.

Disc 3 – Full HD Blu-ray (No regional coding)
Theatrical Cut of the film – As per the UHD
Audio Commentary – With director Ron Howard as he talks us through a scene specific chat on the production, his take, casting, themes etc.
Launching a Legacy with A First Look at Inferno – Shameless ad for the new film with everyone totally in love with it and their respective selves.
Extended Cut Scenes – Running at 35 minutes these have already been integrated into the previously available ‘Extended Cut’ although not in this set, are here as a standalone feature.
Teaser Trailer
Theatrical Trailer The Da Vinci Code is director Ron Howard’s interpretation of Dan Brown’s 2003 best-selling novel whose religious iconography and symbolism stirred up a hornet's nest with regard its treatment and ideas behind what exactly is ‘The Holy Grail’ and its significance. The film follows most of the book's plot points, but where the book manages to keep an air of mystery and urgency, the film, by contrast, feels bloated and dull, despite the best efforts of all involved. No less controversial due to the subject matter, the film was hugely successful despite being total fiction and utter nonsense.


This release uses a 4K DI, and thus delivers a genuine Ultra HD image
As a 4K Ultra HD Blu-ray set, this US release is pretty good; badged with a 10 year anniversary logo and shamelessly brought out to promote the latest in the trilogy, the disc is based on a 4K DI, and thus promotes a genuine Ultra HD picture that, despite being set mostly at night, is highly detailed with a huge dynamic range, beautiful colours and excellent blacks. The remastered sound is just as absorbing being well mixed and an immersive surround experience. The extras package is huge, OK most is legacy material, and the new stuff few and far between, but it rounds off the set nicely.

You can buy The Da Vinci Code HERE