"Architecturally, there is little that is normal about this family." 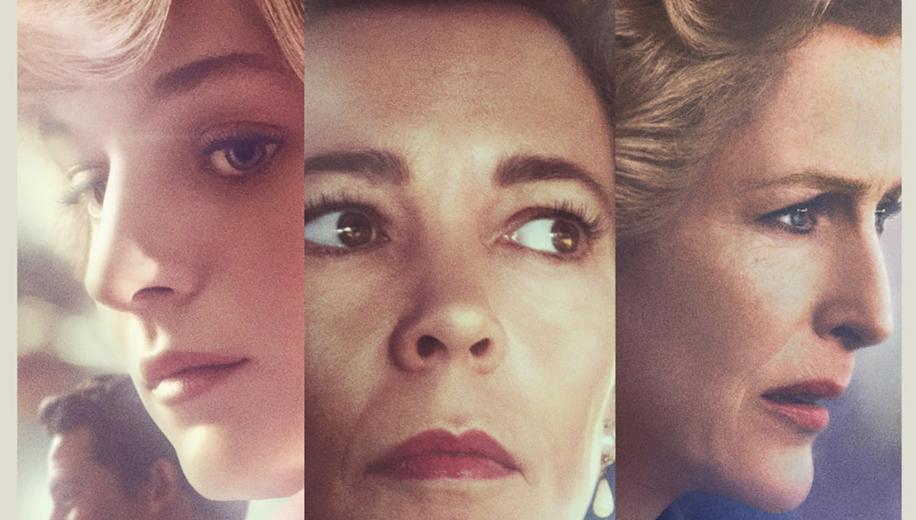 The Crown is one of Netflix's strongest properties, establishing itself very early on as being far more than just another promo for The Royals, with depth and characterisation which is invaluable to anybody with even the slightest interest in the history of this country. Indeed, from the get-go, The Crown has been strong enough to compel a reassessment of any preconceptions held about these iconic individuals, who are so easy to be judged based on their elusive, entitled way of living - or even their trademark waves - and who are clearly far more than just stamp-based ciphers, for good and bad.

Over the course of the last three seasons, and three time-periods, The Crown effortlessly established itself courtesy of an exquisitely chosen cast - Claire Foy and a revelatory Matt Smith in particular - and a compelling portrayal of the shifting landscape, both for the larger country, and for the Royals themselves. The expensive production's pre-determined format was such that, every two seasons, there would be a change-up in the cast, to play the roles for the subsequent two decades. Whilst Foy and Smith were perfect in their roles, Season 3's replacements - Olivia Colman and Tobias Menzies - somehow, improbably, managed to slip into their big shoes (and will undoubtedly be missed after this season when their tour is over), navigating the treacherous waters of KGB spies close to home, the tragic political exile of Elizabeth's sister (a perfectly cast Helena Bonham Carter), and the tough-love upbringing of Josh O'Connor's young Prince Charles.

Season 4 sees its own changing of the guard, as Gillian Anderson's Prime Minister Margaret Thatcher starts her term, initiated the hard way as the IRA conflict comes to the boil and brings casualties with it that are particularly close to home for the Royal Family. Distracting them away from their tragic losses is the young Diana Spencer, who catches the eye of a young Prince Charles, and gives him a promising prospective Princess, although their road to happiness is not going to be a smooth one...

The Crown gets off to a hell of a start with its Season 4 premiere, building some tremendous tension as the IRA plans come to fruition (a perfectly edited sequence that is a highlight amongst all episodes thus far), affording genuine chemistry with the meet-cute between Charles and a teen Diana (let's try not to think too much about the teen aspect here), and furthering the depth into characters like Charles and his father Phillip.

Gillian Anderson is a surprisingly excellent choice for a rather scarily imposing Thatcher, nailing the mannerisms and accent, almost to the point of being unrecognisable in the role, and unravelling the juicy part of the country's first female Prime Minister and her interactions with the other most powerful individual in the land, the Queen. For those born after the era, it is a revealing look behind a leader who very much committed to her plan to change the country from the ground up (again, for good and bad), and who served during some particularly torturous times.

The Crown continues to excel at unravelling our nation's history, warts and all

Of course, as the season progresses, promises made start to fall apart - 'dealing' with the IRA proves far more complicated than anybody could have expected (unsurprising really, but the show still deserves credit for making the situation so personal to the Royals), and dealing with getting Charles an appropriate wife just as much so. And for all the personal stakes of The Troubles, perhaps the personal aspects of The Falklands were even less well known. The cast sink into their juicy roles to the point of abandon, and you're left utterly forgetting that you are caught up in anything other than The Real Deal, with no expense spared in bringing this lavish production to life (which certainly looks the part in near-flawless Dolby Vision).

Yes, The Crown continues to excel at unravelling our nation's history, warts and all, and of course unravel the Royals too. It's always enjoyed a rather surprisingly honest portrayal - it's more critical than you would really ever expect from a show which is, essentially, 6 seasons dedicated to the reign of our Queen - and this season is certainly no exception, a standout year in a show which has been founded on some of the best performances currently in TV. Highly recommended.