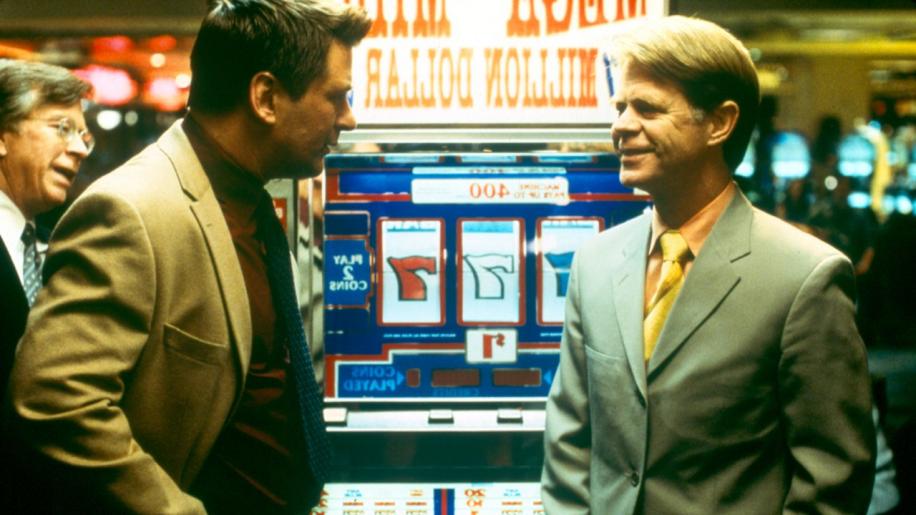 There was a few times I noticed a dotty fur within the picture. The enclosed nature of the movie, and some rather brutal scenes, mean that this grain isn't too distracting, though. Colours are somewhat muted, perhaps on purpose, with some earlier scenes appearing murky. This means background detail is obfuscated in darker maroons within the casino. Other locations fare better, though, with some clear and bright contrasts. Some of the aforementioned murk may be the lighting methods employed to underline Bernie's rise, but even so, the overall quality is noticeably under par if not outright poor.

Sound fares better than picture. A wonderful jazz score, written by Blade composer Mark Isham, is perfect for this movie. The crisp score sounds very appealing with Sax sounding suitably comforting and breathy. Rear channel ambience, especially in the casino, is very effective and not too distracting. Bass isn't a big player, here, but sometimes underscores some of the more emotionally charged scenes. Both DTS and DD are present, with DTS apparently full bitrate. Though I preferred DTS over the DD track, it was a close call with higher frequencies having more presence in the former.

As it stands, it looks like the R2 release has only commentaries and the documentary Anatomy of a Scene (R4 is better spec'ed in terms of extras). All is not lost, however, as both commentaries are full of info and are group efforts. Often several people can fire off thoughts and memories to each other leaving us with a more rich extra feature. This is exactly the case, here and both commentaries are worth checking out. Of interest to me is the commentary with the composer, as such information touched on isn't normally available.

The only actual separate documentary, Anatomy of a Scene, is a bit of a corker. Not overly long, Anatomy of a Scene takes one key scene and analyses the design, editing, cinematography and acting of that scene. This documentary reveals some of those “directorial sleights of hand” I mentioned earlier, that I completely missed the first time around (at least in a conscious way). The amount of detail that went into Bernie's transformation is remarkable and a testimony to the movie as a whole.

Despite the paucity of extras, those that are here are quality items.

I was pleasantly surprised with this movie and I can't really think of a single thing I don't like about it. If there were a few more extras, then the overall mark would be higher, but still, I would get this on release.