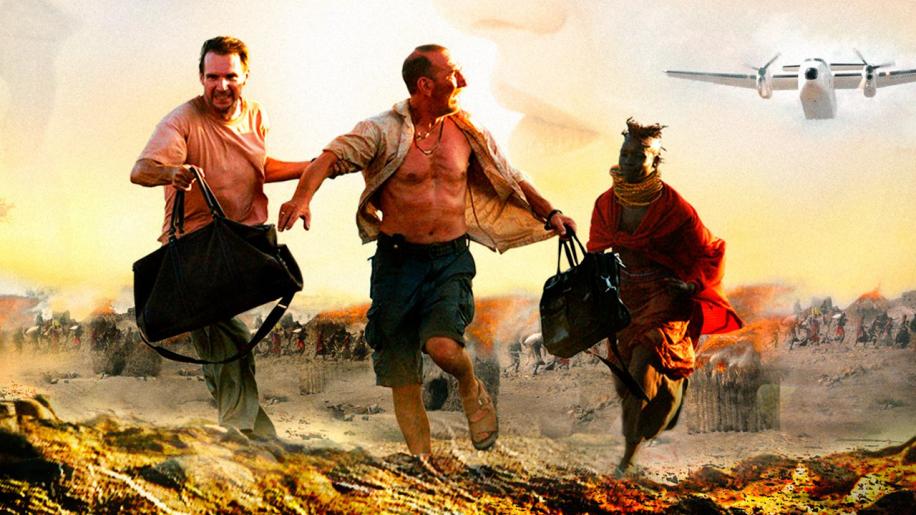 With an anamorphic widescreen transfer, this is generally a good looking movie with bold, vivid colours, natural looking flesh tones and excellent levels of details , although in some places it's a little grainy - but I attribute that to the style used. Sadly this isn't the best print used for a DVD, with some dust and dirt marks apparent on the print, but not enough to ruin the movie. Some haloing is visible in places, which is fine on an LCD, but would most likely be more noticeable on a projector. Black levels are deep and dark and, well, black which works well as some scenes are very dark. There is a little contrast over-exposure, but again, I put this down to the style as it isn't consistent across the entire movie, but certain scenes where it works well. Overall, a good transfer, but one or two minor gripes. While this is a dialogue heavy movie, that doesn't mean it isn't an engaging soundtrack. Starting off with the dialogue which is clear, crisp and is never drowned out. LFE is rarely used, but rumbles nicely during certain sequences but I don't believe its lack of presence is important. Rear speaker usages is very nicely done, from musical ambience to effects - witness the conversation in the desert between Justin and Tim, you can hear little noises behind you of the dirt shifting (most likely the film crew) or the trains rushing past on Justin's travel on the Eurostar. We also have an excellent use of soundtrack, from both regular incidental music by Alberto Inglesias as well as the African music utilised to give it the right feel, which isn't exploitative and fits in well. While it's not the most engrossing nor alive soundtrack I've ever heard, it does the job more than adequately. Starting off, we have 5 deleted scenes which run for 10:32 and unfortunately, there's no option to select which one, however you can skip from clip to clip using the next chapter button. The clips are non-anamorphic and in stereo only but with the exception on one clip (set in Canada - I won't say anymore), it is easy to see why these were deleted as they ultimately serve no real purpose, although the Canadian clip should have been included as it just adds to the message being portrayed.

Extended Scene: Haruma - Play In Kibera runs for 9:41 and as the name implies, is the Play that is seen in Kibera, where the principals are performing essentially an HIV “commercial” to bring awareness to the people of Kibera - as AIDS is a major problem there. It's certainly an interesting extra and worth watching.

Embracing Africa: Filming in Kenya is a 9:29 minute featurette, which elaborates on the logistical issues of filming there, such as the heat and so forth, as well as ensuring that the lifestyles of the people in Kibera were not disturbed too much with a Hollywood-type invasion. It's well worth watching as obviously the native Kibera people are the extras, they set up a film committee to assist in what was happening and the fact that the film crew built a bridge physically to assist them in their day to day lives, is quite touching for a change. As one person said, this was without a doubt the happiest movie he worked on - I think he also means rewarding from a non-movie perspective.

John Le Carre: From Page to the Screen is a 8:08 minute featurette, which not only features John Le Carre inputting into how it was made, which is surprising given that he admits that there's hardly a scene intact that comes from his novel, yet he doesn't know of a better translation from novel to film - quite strong stuff. There's a wonderful line which states that a head of a pharmaceutical company states that the novel is entirely fiction, yet when asked if they would cover up a test, as in the story, he openly admits they would. Priceless.

Finally Anatomy of a Global Thriller: Behind the Scenes of The Constant Gardener which runs for 11:35, is as the title again suggests, a behind the scenes look. Again it's quite fascinating, but it does borrow material seen in the other extras which doesn't make it quite as fresh by the time you've worked through them, but it does give a few insights that are new as well and it seems a lot more heartfelt than other making-of's possibly due to the material but most likely due to the reality of the environment and lives of the people they are surrounded by. Good stuff. For some, this won't be the easiest movie to watch, as for the first hour one can easily wonder exactly what the movie is actually about. But bear with it, as it is well worth watching and will make you think with its social/political statement which is never overbearing or preachy. With another excellently directed movie, some very strong performances, a thought-provoking subject or two and a bittersweet ending, this is well worth investing your time in, as you may well get something out of it that you didn't expect. I'd like to just leave the last comment of the review to the words of John La Carre, from the closing credits.

Nobody in this story, and no outfit or corporation, thank god, is based upon an actual person or outfit in the real world. But I can tell you this, as my journey through the pharmaceutical jungle progressed, I came to realise that, by comparison with the reality, my story was as tame as a holiday postcard.