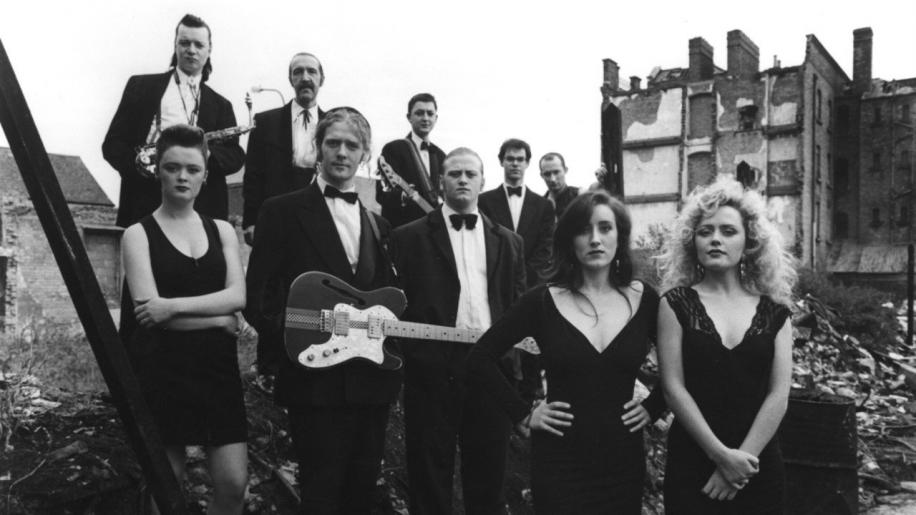 The Commitments is based on a book by Roddy Doyle which revolves around Jimmy Rabbitte (Arkins), a rather ambitious youth who fancies himself as a promoter and who decides to put a band together. However they aren't a regular Irish band, they're a band with soul, or more specifically one that plays Soul music. From the point of the forming of the band, through to the start of their first concert and through the internal politics and fights, the film highlights more the working class struggle to become something greater than they currently are. In terms of a movie with a plot, there really isn't one as it acts more as a chronology of the life of the band and therefore to elaborate any more is rather pointless, other than to say it features cover tunes from such artists as Otis Redding and Sam & Dave.

Truth be told, this is a simple tale and one that I admit I've never seen before. Sure I've seen some bits here and there, but never sat down and viewed it and I'll be honest, I was surprised to find a decent enough movie. It's sort of a working class version of Fame, except there's more talent on show here. Ok, there isn't going to be any awards for acting, but then I feel that they were cast more for their musical talent. The movie moves along at a fair pace, with plenty of humour and light-hearted moments within its running time. I was under the belief that this was the launch pad for the band, but I guess that didn't exactly go to plan, which is a shame because they showed promise although I guess movies featuring bands are a bit of a death sentence. Colm Meaney playing Jimmy's father, is absolutely great fun as the sarcastic, Elvis loving father and the whole band play with conviction. A lot has been said about the lead singer, Andrew Strong, but personally I think that he's no more talented than the other members of the band and slightly over-rated when the movie first appeared. For those who are interested, it's interesting to see Sean Hughes in the movie as well as all 4 members of The Corrs, particularly Andrea Corr as Jimmy's sister, Sharon Rabbitte. Obviously if you are a fan of this movie, this 2 disk set will appeal to you greatly, but if you are a fan of Soul music, you should certainly consider checking this out.