The mystery continues to surprise us 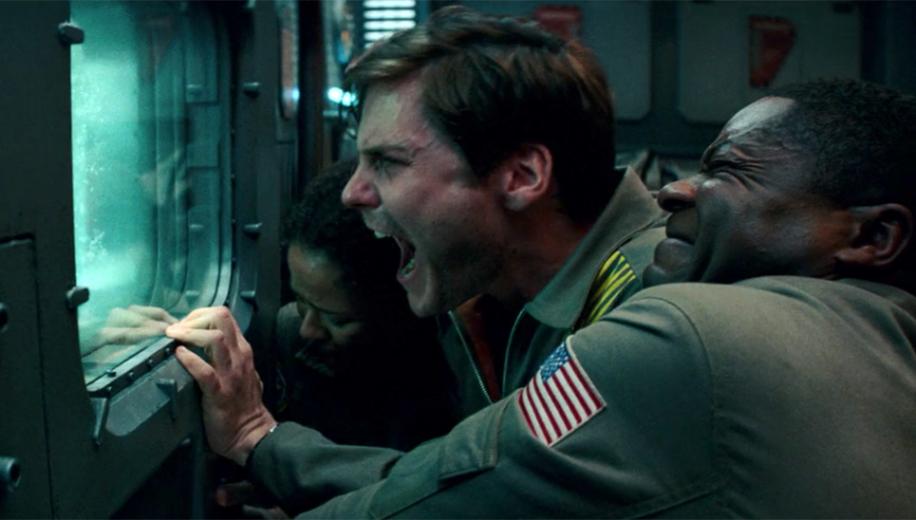 Cloverfield and its sequel were released under a cloud of mystery but The Cloverfield Paradox blindsides us with a sudden Netflix release.

Rather than waste half the budget again on marketing, Netflix have rather interestingly dropped the third Cloverfield movie with no fanfare whatsoever, a leftfield movie that will puzzle some but leave many pleasantly surprised - that's tonight's evening viewing sorted then! The first sequel, 10 Cloverfield Lane, was released so quietly that many even wondered whether it had anything in common with the 2008 first movie, other than the name. After all, the trailers made it look more like a psychological thriller, and it was only come the increasing reveals towards the end of the movie that it was possible to see just where this nice little gem sat in the Cloverfield Universe (known as The Cloververse).
Cloverfield's relatively small-scale found-footage monster horror film was surprisingly well complemented by 10 Cloverfield Lane's claustrophobic psychlogical thriller, and Paradox goes in yet another direction, taking us in the realm of sci-fi space ship/station survival horrors in the vein of Alien and the more recent Life, and even both Sunshine and Event Horizon. Originally titled The God Particle, the story follows a desperate space mission to fire a particle accelerator that could solve the world's energy crisis but is too dangerous to test on Earth. Of course, it doesn't go as planned, and whilst strange things start happening on Earth, the people on the ship face their own crisis.

The production boasts a pretty big cast of decent actors, including Gugu Mbatha-Raw (Black Mirror's best episode, San Junipero), Selma's David Oyelowo, Civil War's Daniel Bruhl, Fast & Furious 6's John Ortiz, The IT Crowd's Chris O'Dowd, Crouching Tiger's Zhang Ziyi, and The Man from UNCLE's Elizabeth Debicki, although we spend a fair portion of the runtime on earth with little-known Brit TV actor Roger Davies. It's also got a decent production standards, elevating beyond TV movie or even straight-to-video realms with some impressive space sequences, and seldom betraying what must have been quite a restrictive budget.Although it doesn't always sit that well alongside either Cloverfield or 10 Cloverfield Lane, perhaps in part due to a slight digital feel to it which doesn't quite have that cinematic sheen. That said, the first two movies were very different in style, so it makes sense to keep things evolving, even if tangentially.

The narrative too does well at its task of taking things in a new direction, whilst both fitting into the Cloververse, and also explaining some of the mystery behind it, and the score hurries things along with the urgency of a Nolan Batman flick. It loosely juggles ideas of sacrifice for the greater good, body horror, space survival and multiverse complications, enjoying its playful melting pot of ideas from other, arguably far better - and sometimes even classic - sci-fi flicks.


Blade Runner 2049, Altered Carbon and now The Cloverfield Paradox - five days into February and it's been one of the biggest months ever for Sci-fi

Ultimately though The Cloverfield Paradox ends up being something of a paradox in itself. Whilst it's laudable to try something different, it arguably tries to be too many things different. It wants to be a desperate space mission to save the planet like Sunshine, it wants to trade in almost psychological space horror in the vein of Event Horizon (something which its abortive attempts never fully effect), and it wants to explain at least some of the mysterious events in Cloverfield. It's too much though, leaving the film feeling disjointed and lacking in focus. In the words of Robocop, they should have just lost the arm, and remained on course for a more standard space fare which explored the psychological issues of interacting with another universe, and the mistrust and in-fighting that might cause, set against the backdrop of a space station which is falling apart. Oh, and thrown a few monsters in because, particularly after the surprise final act of 10 Cloverfield Lane, that's kind of what fans are hoping for.

Some of the faults can be explained by the fact that this may have never been intended to be a Cloverfield sequel in the first place, produced under the title The God Particle the rumour is that it always featured a 'God Particle' which was removed and replaced with the more familiar Cloverfield plotting. Similarly, the production problems, ballooning budget (even modest, it was still $35 million more than the original, somewhat optimistic, budget of $5 million) and decision not to let franchise overseer J.J. Abrams 'fix' the problems he felt the film had, and instead just dump it - as-is - on streaming, may have all contributed towards the unfinished feel. But, ultimately, the knowledge of all of that is not going to make it any better a watch. At least Netflix deliver the technical aspects expertly thanks to both Dolby Vision and Atmos, so the results can look spectacular at home.

Blade Runner 2049, Altered Carbon and now The Cloverfield Paradox - five days into February and it's been one of the biggest months ever for sci-fi home viewing. And, whatever else, Netflix should be commended for at least bringing us the last two. We should be grateful for having more sci-fi; more variety; more consistently good-quality productions, it's just a shame that The Cloverfield Paradox doesn't make for quite the surprise gem that its predecessors both were, other than perhaps in the way it was released with no warning. On the plus side few will regret not having the opportunity to watch this on the big screen, making for a more acceptable bit of entertaining home viewing despite its faults. And with the next movie, Overlord, planned to be a World War II-set prequel, the Cloververse certainly can't be accused of retreading the same material. At least not its own.