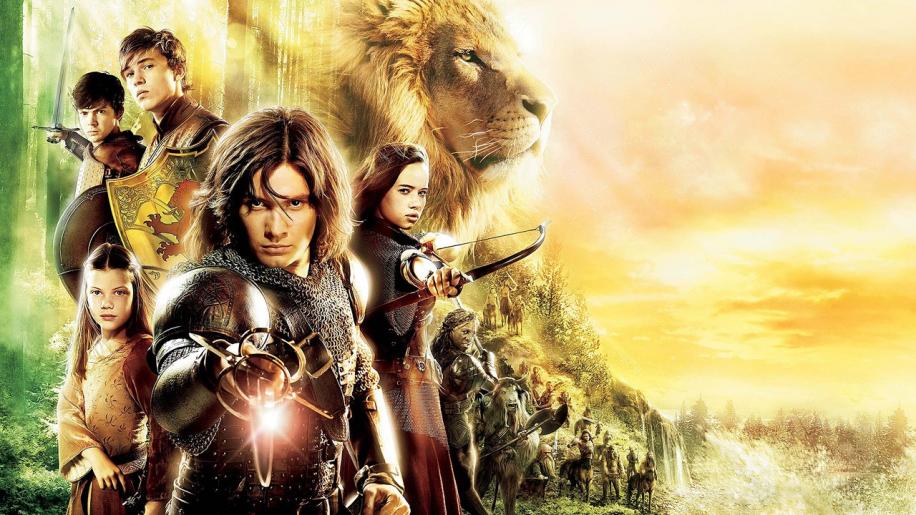 Darker! Thus goes the cry whenever a big budget sequel hits the cinema. The Harry Potter franchise has been using the term for five films now. The Batman franchise is using the word in the title this summer, and it has also been a lynchpin of The Chronicles of Narnia : Prince Caspian's publicity campaign - even prominently alluding to it in the trailer. “You may find Narnia a more savage place than you remember”.


The question is, has Narnia's “civil war” novel translated as well as its predecessor to the big screen, and is the word of the moment an adequate description or merely a convenient marketing term?


When the film opens, our titular heroes' Uncle Miraz has had a son, meaning that his position as regent of Narnia is suddenly under threat. His professor helps him escape in the middle of the night, and despite being chased by Miraz's minions he manages to escape into the forest. When he thinks he is about to die, he blows a mysterious horn that his Professor has given him. This is definitely not the Narnia that we remember from the end of the film. There are no talking animals in sight, just a group of swarthy looking human's. However, the horn used to belong to Lucy, and was left behind when she re-entered our world at the end of the first film. The horn summons the Pevensie children back to Narnia.


Arriving on a beach, below the ruined castle of Cair Paravel they find four chests containing all their armour and implements from their history. It soon becomes clear that 1300 years have passed in Narnian terms, even though only one has passed in Human Terms. During that time, Miraz's men (the Telmarines) have invaded Narnia and banished all native Narnian's into the depths of the wood. The ancient legends have passed into Narnian folklore, Aslan is merely a character in a story passed down through the generations, and many animals have mutated back into dumb beasts.


Against this turbulent background, and with no sign of the ancient Kings and Queens returning (they are still trying to find their way through the altered landscape), Caspian begins to unite the Narnians in an attempt to battle the Telmarines and bring peace to Narnia. Just as he manages to raise their support, the four rulers turn up and Caspian has to defer to them - but not without some rivalry rearing its ugly head. All that follows is a climactic battle to decide who will rule Narnia and restore peace to the land.


The story, then, is certainly a more complex one than the first film. But is it a faithful adaptation of the book? The first film was very deferential to the book, but the first thing to mention here is that Prince Caspian is not such a faithful adaptation. Admittedly, nothing is lost from the book and all the key events are included here - even a lot of the dialogue is lifted straight from the original writing. However, Adamson makes his first bad decision by deciding to add a daring attack on Miraz's castle into the second half of the film. This is an attack that does not appear in the book and I feel that it also unbalances the film seriously.


Now, there is nothing wrong with the scene stylistically. Indeed, it looks absolutely amazing on screen - with the advance party seamlessly and silently dropped into the castle from the talons of giant birds. But there are problems with it. I feel it unbalances the film because it shifts the main emphasis of the film from the quest and personal journey of the main protagonists onto fighting and battles. Indeed from about three quarters of the way through the film onwards, it is all one large battle. First the castle, then the one-on-one between Peter and Miraz, and finally the climactic battle outside Aslan's Howe.


In addition to this, the scene shows Narnian's blindly throwing themselves into a desperate and ultimately futile battle at the whim of someone who is essentially (at that point of the film) a spoilt teenager (Peter) feeling threatened by another boy (Caspian). The image of a minotaur desperately trying to hold a portcullis open whilst being peppered by Crossbow Bolts is affecting for sure, and seeing brave soldiers being cut down without a fight as Peter escapes is also moving - but it is not a scene that Lewis would have written.


Apart from this one ill-advised addition though, the film is otherwise exactly as Lewis wrote it. And Adamson has done a wonderful job of bringing the world to the screen for the second time. From the opening flight of Caspian, to the final climactic attack of a river spirit, Adamson moves his camera bravely and well, painting the canvas of Narnia in the broadest of brush strokes possible. There are some perfectly framed shots here. Caspian's bed being attacked with crossbows, feathers hanging in the wearlight. Horses plunging headlong into a river throwing droplets of water up into the dawn sky. This is certainly a fabulous looking film indeed. As in the first film, the special effects are generally top notch - with the centaurs and fauns looking particularly amazing.


But, whereas the CGI in the first film was pretty much flawless there are some major problems here. I noticed several issues in this department and there are probably three or four scenes where the CGI seriously letting the film down. There is also a lack of focus on some of the supporting characters. For example, in the first film the beavers and fox were characters that particularly stood out. In Prince Caspian Reepicheep the mouse and Trumpkin the dwarf could, and should, have been the characters that really brought the story to life but for some reason they didn't. It is difficult to know why this is to be honest - but I suspect it is because Adamson is focussing more on action than character this time round. And that is a shame.


The acting here is certainly a lot better than it was in the first. William Moseley as Peter, in his final appearance in the franchise (unless they do film The Last Battle) seems to have taken acting lessons, as his performance is now far more fitting of his character, and the other weak link from the first, Skander Keynes as Edmund, is also far more believable in this film. The girls are just as good as they were before, and Lucy (Georgie Henley) is again the stand out performer in a less showy role than the first.


So, is Prince Caspian the film that I, as a lifelong Narnia fan was hoping for? Sadly, it isn't. I just feel that Adamson has listened too much to the criticism made of the first film (most of it unjustified) and decided to turn this film into more of a summer blockbuster. Ironically, in doing so I think he might possibly alienate a lot of his audience. Children, for example, are likely to struggle with the increased emphasis on battles (decapitations feature as an example of this), and also the denseness of the political machinations involved. Narnia fans are going to love most of the film, but feel let down by some of the additions, and your average fantasy film fan may still find the whole thing a little anaemic.


At the time of writing, Prince Caspian is still rolling out across the world - but the film is doing very badly financially in America. Voyage of the Dawn Treader is currently scheduled for release on May 7th 2010 but has yet to start filming. I hope that Apted, as the new director, will look at everything great that Adamson has done to bring the franchise to the screen, learn from the few missteps in this film - and correct them for the next entry into the franchise.

As mentioned before, Prince Caspian is a beautifully composed and shot film. The use of light is a key part of the film. The Telmarine castle is always shot in a dusky light, adding a sense of menace and mystery to all these scenes - and the same light is used for the early scenes where Caspian escapes.


Once the Pevensie children return, the action shifts mainly to the daytime and the frame is defused through with vibrant colours and a great sense of depth. The way the director moves his camera is bold and brave, adding a sense of dynamism and kinetic energy to proceedings that just weren't present in the first film. He certainly shows more confidence in his skills here.


The source print is also immaculate and free of dirt, scratches, or any other imperfections.

The film was shown in my local cinema in Dolby Digital 5.1 sound, and I was not expecting it to truly wow me. However, the sound design in this film is very impressive indeed. It may not be the subtlest of mixes (it is rather bombastic) but the panning effects are very well done indeed, and the rears also see extensive use particularly during the battle scenes.


Many times when I go to the cinema these days I find the dialogue difficult to hear (I must be getting old) but here the dialogue is extremely well mixed - never being overwhelmed by the sound effects. The music score is also well balanced, although it is definitely not up to the standards of the original score.Maybe as a lifelong fan of Narnia I am being harsh here, but I just feel that Prince Caspian is not the film its predecessor was. It is the best film I have seen this year so far, that is without question, and as a summer blockbuster it delivers battles, swashbuckling scenes, and excitement in spades.


However, as faithful as it tries to remain to the book, there are just too many subtle additions to the story that remove it from the SPIRIT of Lewis - and this is the aspect that The Lion, The Witch, and The Wardrobe captured so well. Maybe those who felt the first film was flawed will get what they want out of this entry, but to me the magic is not as strong as it was.


I feel that the audience for this film is not quite so clear. Your average fantasy film fan is still not going to want to go and see a film where children are the main characters, and the increase in violence is likely to also alienate some of the core child audience.


However, my negativity should be tempered by the fact that this is still an excellent film, and if you are not the Narnia nut that I am you are likely to find much to enjoy here. Indeed, I myself plan to return to this cinematic world before it disappears to my home cinema - and that is rare indeed in this day and age. However, I just cannot rid myself of this nagging sense of disappointment. And that is a huge shame.