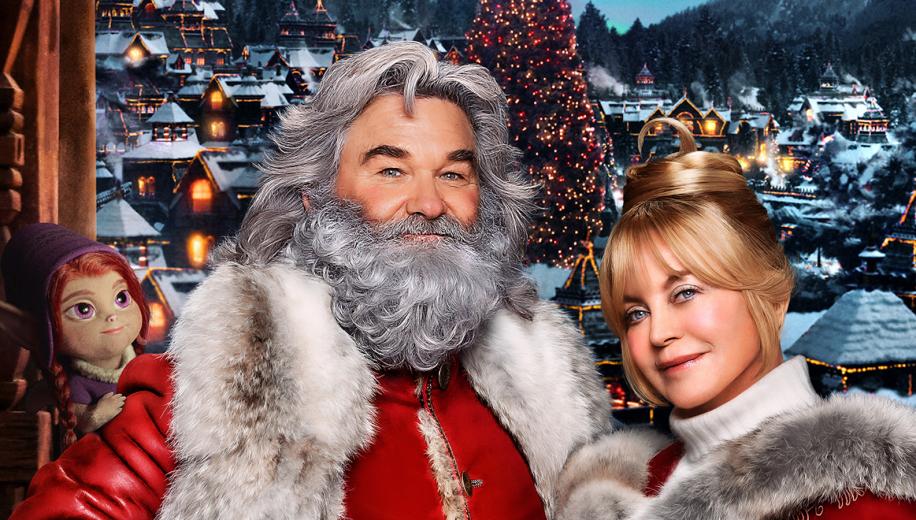 Kurt Russell returns for a well-meaning, bigger budget, but slightly less endearing follow-up to 2018's surprisingly enjoyable Christmas Chronicles, which should at least remind us that the Holidays are coming.

The Christmas Chronicles was an unexpectedly enjoyable festive jaunt with Kurt Russell making for a perfectly cast Santa, as Christmas hits a speed bump and the jolly present-giver needs help meeting his December 25th delivery deadline. The surprise popularity saw a sequel commissioned almost immediately, and why not, it was a fun Netflix outing, and a good fit for end of the year family celebrations. Christmas Chronicles producer, and Home Alone/Harry Potter helmer, Chris Columbus takes the reins this time around, bringing in a perfectly enjoyable sequel that doesn't quite have the same spark - or feeling of relative originality - but still makes for a good opening shot in the upcoming month of Christmas fare we're undoubtedly going to be subjected to.

A perfectly enjoyable sequel that doesn't quite have the same spark

At the thought of her widowed mother finding happiness with a 'replacement father', The Christmas Chronicles' teen, Kate, wishes hard for a Christmas miracle but her prayers get heard by the wrong person this time around, and she inadvertently facilitates an attack on his secret North Pole village, sending the Elves into a frenzy and breaking the star that basically powers the whole setup - and once again threatening the future of Christmas.

The Christmas Chronicles 2 found fortune in the sheer presence and charisma of Russell, rocking out a tune, joking about Santa's weight, and being just about as larger than life as you'd want him to be - he is one of the coolest Santas you could hope for in a family-friendly romp, giving the feature some legs beyond just frivolous entertainment for the kids. The scope was limited, but that didn't really matter, Netflix were clearly testing the waters - as was Chris Columbus, who took a backseat to directing first time around, instead producing the feature which was helmed by Angry Birds director Clay Kaytis in his live action debut.

After the success, Columbus decided to take control, and the sequel is certainly bigger, noisier and more effects-laden, but it strangely feels a bit more made-for-TV this time around, with Hunt for the Wilderpeople's Julian Dennison (also in Deadpool 2) a bit of a sloppy antagonist, and his motivations flimsy at best. Russell too seems called upon to exceed his remit as Santa - or at least as a Kurt Russell Santa - with the entire tour of the village being something which really should have been left to Goldie Hawn, who, as it is, has a much larger part this time around.

If you enjoyed the first film, you'll enjoy this

Despite being a bit flabbier around the middle (it's only 112 minutes to the first film's 103, but that's pure fat) there's still plenty of family fun and kid-diverting effects-driven antics here, with wormholes and sleigh-chases, and a surprising amount of festive/religious lore to underpin the narrative. Columbus isn't reinventing the wheel this time around, but instead clearly intent on making this his next ongoing franchise, which isn't such bad news really - if you enjoyed the first film, you'll enjoy this, and likely enjoy more too. It's not a bad start to the Christmas line-up.