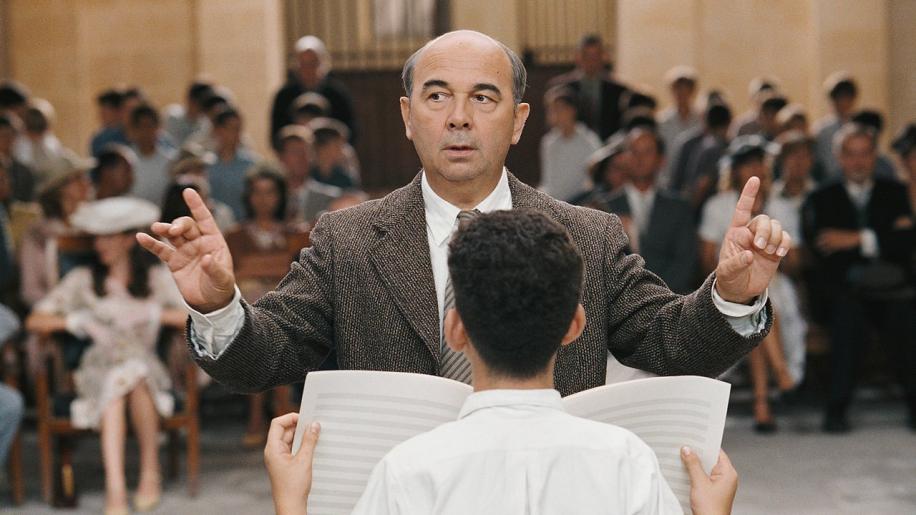 The Chorus is presented in a very broad 2.35:1 aspect ratio anamorphically enhanced widescreen format - quite broad considering the content. It is an absolutely superb transfer with great clarity and detail throughout and no sign of edge enhancement or other digital artefacts. The facial detail and observation on the long shots is equally good and there is very little softness and only low levels of grain that are barely noticeable. The colour scheme is fairly limited because of the setting - mostly beige and brown - but the colours are all accurately represented and the blacks a deep and solid. Overall it is a pristine transfer.

The main track is a solid Dolby Digital 5.1 effort presented in the original language - French - with fixed English subtitles. The vocals - most notably the choir singing - are at the forefront, mainly emanating from the frontal array. In particular the moment when the supervisor auditions the various children for their roles in the choir - alto, soprano etc. - showcases the quality of this mix. There is also an almost constant classically-biased background score to carry you through the motions, but aside from the vocals and the melody the soundtrack is largely uneventful. That said, given the nature of the content of this movie, it is a perfectly decent mix that at least presents the choir in the best light.

Initially it seems as though the DVD extra material is fairly thin, with only a making-of and a trailer, but the making-of runs at nearly the length of the main feature itself - 72 minutes! - and turns out to include just about everything you would want to know about the production. Most of the child actors pop up, talking in detail about making the film and the characters they played, and it takes a while to get to the adult cast who discuss both their roles and the sentiment of the movie. We get plenty of extra footage of the choir in action, some interview snippets with the costume designer talking about how she dressed the boys, the director of photography discussing how he covered the set in fake snow and the director in action prepping some scenes. We get everything covered in this featurette, shot in an almost video-diary fashion, from the score to the singing to the sets and the cast. It certainly beats a great deal of fluffy Hollywood making-of featurettes that play more like adverts than documentaries and feature more footage from the main film that from the set. Here I don't think I noticed any footage from the main film across the whole of the mammoth running time. Aside from that - as if we need any more - there is the standard theatrical trailer that paints a perfectly accurate picture of the movie itself.

The Chorus is a nice little French film that should has a warm feel-good sentiment about it. Although some might yawn at the subject and the slow evolution of the plot, others will like the family drama for its pleasant, kind nature and decent performances. The DVD presentation is pretty damn good considering the material, with a broad, fantastic transfer and a perfectly acceptable audio mix and rounded off with a surprisingly comprehensive documentary. Overall, if you like your quaint little foreign films then give this a whirl - it offers a pleasant contrast to some of the louder, glossier Hollywood bangers that have pounded onto the screens recently.