The Call of the Wild Movie Review 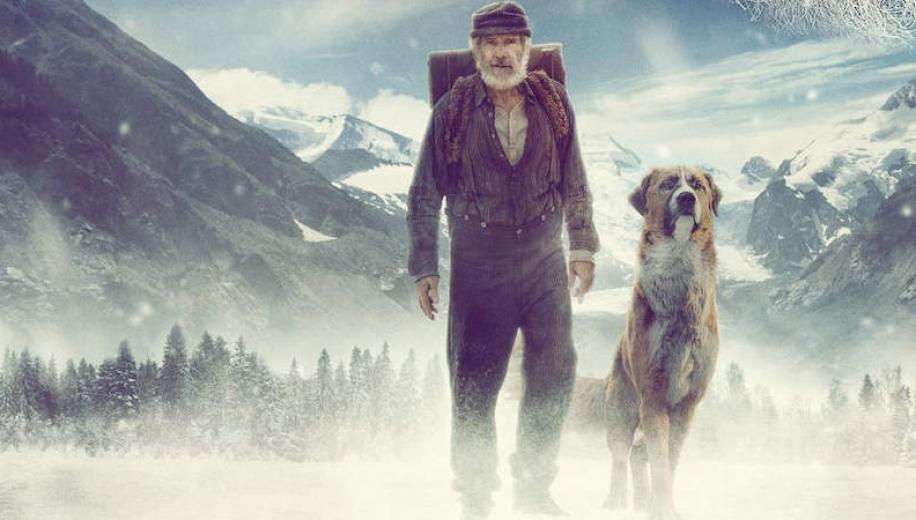 A gruff, shaggy and disturbingly dead-eyed animal befriends a dog in Chris Sanders’ loose adaptation of Jack London’s classic story of the nobility of the wilderness.

Depending on who you ask, The Call of the Wild has gone through either five or six big screen adaptations (a 2009 film shares the title and a character who is a dog but little else with the original story). To note that previous adaptations have starred icons including Clark Gable, Charlton Heston and Rutger Hauer is to acknowledge both the story’s endurance through the last century and its Hollywood pulling power. But that’s not all that roster demonstrates: as far as cinema is concerned, this story has been on ice for over forty years. Thawed out by director Chris Sanders (How to Train Your Dragon, Lilo and Stitch) and screenwriter Michael Green (Blade Runner 2049) the latest adaptation ropes in another Hollywood icon, Harrison Ford, to do the heavy lifting.

Survivalism has always been a romanticised ideal, based on the idea that your problems are born of the modern world and that authenticity of life can only be achieved by leaving it all behind. In Call of the Wild, this strongly appealing but naïve notion is communicated through the eyes of a dog, Buck (here played almost exclusively by 1s and 0s), who is suddenly taken from his cosy California lifestyle, subjected to the highs and lows of humanity’s attitude toward animals, and eventually set to work as a sled dog in the Yukon where he befriends gold hunter John Thornton (ever-grizzled Harrison Ford).

Chris Sanders is an expert hand when it comes to the adventures of adorable, anthropomorphic animals; he cut his teeth at Disney during the height of its renaissance, working on Beauty and the Beast, Aladdin and The Lion King, and went on to earn two Oscar nods with his work for Dreamworks. So it’s little surprise that Sanders manages to bring a little of that playful spark to The Call of the Wild. What is surprising is that he hamstrings himself by playing away from his strengths.
﻿

﻿When you answer the ‘call of the wild’, Jack London’s original novella postulates, you become truly alive. In this instance, however, ‘The Wild’ can’t have been calling Sanders particularly loudly; the furthest north the production ventured for principal photography was a soundstage in LA. The film is shot extensively against green screen, an absolutely baffling decision that can only have been made for the sake of a combination of convenience and the need to superimpose a CGI dog with a reasonable level of believability over a man in a motion capture suit. The aerial shots and panoramas of the Yukon and British Columbia are breath-taking but make the contrast with the soundstage work all the more jarring. The effect of this choice is that the film has a somewhat artificial sheen, removing any sense of historical anchoring and moving it closer towards the realms of fantasy, particularly during the action set-pieces. It’s difficult therefore to believe in the authenticity of anything that happens in this world and, consequently, even harder to feel anything for the characters inhabiting it.

And so, we come to the point where we must discuss ‘the dog’. The physical limits of what a trained dog can do are nothing in comparison to the emotional limits of CGI. The mixture of realism and over-expressive facial animation does a valiant job of giving character to Buck, and he certainly looks pretty good in long and medium shot, but the unfortunate side-effect of the choice to go fully expressive often leads to unfavourable comparisons to the Scooby Doo movies of the early 2000s. Twinned with some awkwardly misaligned eyelines, you never forget that Buck isn’t really there. His journey has no peril, his daring rescues no excitement. Without sledging straight into an argument about the merits and criticisms of CGI effects, crunch culture in VFX studios and the notion of ‘good enough’, the fact is that the effects here are just not up to the task of getting us to care about Buck.

It’s difficult therefore to believe in the authenticity of anything that happens in this world and, consequently, even harder to feel anything for the characters inhabiting it

Harrison Ford does a rough approximation of someone who is interested in being in a film about a St Bernard/Collie cross and there’s a particularly trite paycheck-earning single tear early on. The real pleasure in the film comes from the supporting cast who appear to be doing a bit of a thankless job. Bradley Whitford is great but absolutely wasted in the opening scenes, as is Karen Gillen in the later ones. The only members of the cast with any screen presence whatsoever are Omar Sy (The Intouchables), who seems to have enough charisma to spare for the whole cast and is a joy to watch every second he is on screen, and Dan Stevens (The Guest). It’s Stevens who really steals the show here as a figurative - and almost literal - moustache twirling villain; all wild eyes, gritted teeth and twitching mania.

But Call of the Wild never runs full tilt into allowing either this typical cartoonishness or realism to flourish. Consequently, you’re left with something unsatisfying which cheerfully glosses over such ambiguities as the relationship between the pioneers and the First Nation peoples, but insists we take animal cruelty to heart with some fairly rough physical mistreatment of Buck early on.

What we’re left with is a hazy impression that animals are good, money is bad, the simpler ways of life are glorified, and the distractions of the modern world are the evil which intrudes upon the pursuit of a primitivist ideal.

It’s an enduring obsession, nostalgia, one as old as civilisation: ‘what came before was better’. Sadly, in the case of adapting this story to film, it is very literally true.
﻿