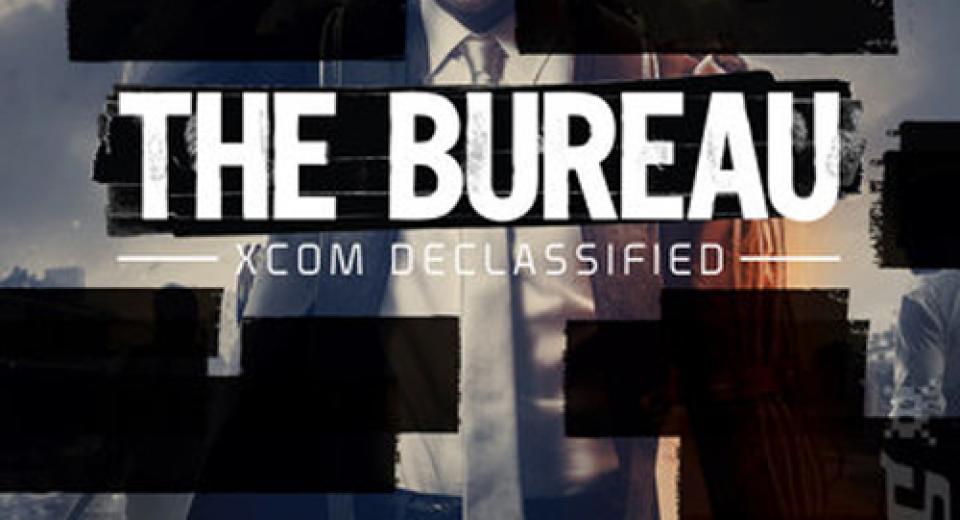 I never used to believe in aliens or secret government organisations working behind the scenes in case the defecation hits the rotary oscillator. But recently my mind has been changed, a string of conspiracy programs and extensive exposure to The Bureau: XCOM Declassified has alerted me to the possibility of a greater presence. One of unknown origin and its intentions not rightly clear. Yet. But one thing that is clear is that, despite being written off early doors, The Bureau packs one hell of a punch.

As an aside from the main stream of XCOM games, Declassified takes on the early days of what could be the precursor to the events of last year’s reboot: Enemy Unknown. Whilst not being directly linked (other than having some common enemies) the context of the game, and some of its mechanics are the same; earth is being invaded and it’s your job to counter the assault.

Rather than dictating assaults and battles from above, you are very much at the forefront of each and every fight that takes place given the new 3rd person shooter angle here. As agent William Carter, an investigative agent whose life is on the verge of collapse, you get recruited into the XCOM squad after earth is attacked by an extra-terrestrial species. It quickly transpires that the US government have been working on secret operations to combat such an invasion for some time, and Carter has been headhunted. It’s not long before you find yourself leading a small squad on several rescue, reconnaissance and retrieval missions in order to curb the alien threat. This is where Declassified has a battle on its hands; this switch of perspective may turn loyalists off whilst those who enjoyed Enemy Unknown might like the change of scenery and pace. The best way to think of this title is Mass Effect mixed with Enemy Unknown, but set in the cold war era and full of political machinations.

Sounds good right? You’d be correct in thinking so, it’s really pulled off with class and verve. The story is as intriguing as it is deep and powerful, with cold war influences scattered throughout, the Soviets are a chief suspect for the alien invasion of course. The era is encapsulated perfectly throughout the entire title, the smoky backrooms and laboratories full of busy scientists - working round the clock to stop the world from falling apart and testing new technologies. The world may be going down the drain, but you can’t help but admire some of the detail on offer, abandoned farms and towns offer particularly nice levels of added and hidden extras. Remnants of civilians lives are scattered throughout and the homecoming level is a particular high point.

The influence of Mass Effect is hard to ignore, but one that isn’t overpowering or feels like it has been ripped off. For a start, the dialogue wheel makes an appearance here, but lacks the same emphasis and repercussions on relationship building as it does in the Bioware series. This is probably for the better, as focussing on such things would likely detract from the story and matters at hand. The influence of the Mass Effect series can be seen in the enemy AI movement and tactic patterns as they move around the battlefield with purpose in order to test your battle plans. They dont sit stationary behind cover in one place, nor do they simply pop up for you to blast away; there's a fair challenge presented by the array of enemies in your path. The tactical and mechanical inclusions in the combat are also influenced by Mass Effect and work particularly well. Combat situations have you ducking in and out of cover to conduct basic flanking manoeuvres in order to overcome your adversaries. You won’t be pulling off elaborate or extensive moves, or laying down complex tactics, but there is enough on offer in terms of battleground freedom and character abilities to spice things up.

Carter’s two fellow companions can be specialists in whatever field you wish, you can take engineers, scouts or outright soldiers with you into battle. Each offer significant abilities and battle styles to make a discernible difference between them all, giving you a tough choice before every deployment. Snipers can use a focussed shot to deliver extra damage whilst engineers can deploy mines and turrets to aid your effort.

The principal of having friendly bodies on the battlefield is one that should strike confidence into you, rather than worry and doubt. Unfortunately, your fellow agents aren’t anywhere near as intelligent as you are and will outright ignore your orders at any given moment. You can issue an order to take cover behind an object, which you would expect them to take shelter behind and stay there right? Well don’t be at all surprised when they go tearing from behind cover and continue to follow you, or just give it legs to a new piece of cover.

Fair enough, you wouldn’t expect them to stay there if an enemy is breathing right down their neck, that’s basic intuition, but running out of cover for no apparent reason is just idiocy. Being part of the XCOM brand, The Bureau also carries a perma-death mechanic which sees agents who have bled out die; they must be replaced with a fresh ally upon returning to base. It’s not heart wrenching stuff when one goes down, it’s hard to show sympathy for comrades when their demise was caused by their own stupidity. Of course they can be revived, but some battles are too hectic to have time to respond to their distress signals before they flat line. Early doors you use military weapons, with alien technology being unlocked as you progress further through the game. Both offer different styles of combat, with foreign kit having a higher rate of fire, whilst military equipment does more damage. Annoyingly, the square button controls the reload action as well as picking up loose weapons from the field. Not ideal when you’re hovering near a spare weapon and end up picking it up rather than reloading your current piece.

There are a few little extra bits to the main missions, such as dispatch missions you can send agents off on to get them experience, or you can mill around the environments and XCOM base for little objectives and retrievals from your comrades. It’s nothing fancy or complicated but it gets you some extra items to take into battle and also gives the world a bit more character and depth. Adding to this are the notes and audio clips scattered around this ‘top secret’ and ‘confidential’ building. They make for some interesting reading and listening for the most part, but the audio clips fade in volume when you walk away from them. Surely they could play until termination rather than tying you into standing next to them?

Whilst Declassified is full of character, it falls short when it comes to the technical side of things and its visuals. In certain areas it suffers from horrible frame rate issues, whilst textures can be late to pop in, leaving a bland and dull surface for some time whilst it catches up. You could forgive it for this, but at the end of a console cycle you expect games to run smoothly without issue.

There are some lazy design choices on show with a few character models being duplicated and cycling through a set series of movements and gestures, whilst battlefield dialogue is also re-hashed to the verge of annoyance. These things can usually be negated in other titles but on the eve of a gaming evolution, you would expect current machines to be maxed out and pushed to their limit. You never sense the PS3 is working at full capacity when you load up The Bureau, in truth it’s probably far from it. But the fact remains that you can’t help but feel that 2K Marin were working on a tight budget with little chance of extra funding, which would have made this a much better game. It wouldn’t be up there with the big boys of the shooter genre, but it could have been much more better looking and polished all round.

It's a shame that Declassified couldn't have received that extra bit of polish to finish it off and make it into a complete package rather than one that was nearly but not quite there. As it stands, it's a great game that is marred by technical problems that sadly bring it down. Fortunately though, the rest of the game is of higher quality and is rewarding when it comes to the shooting and tactical deployment. Full of political intrigue and extra story to discover through side missions, notes and audio asides The Bureau is a great little outing that takes on the XCOM brand to full effect, and makes the game seem closer to home than you might expect. Do not write it off before you play it, approach it with an open mind and it could well surprise you.