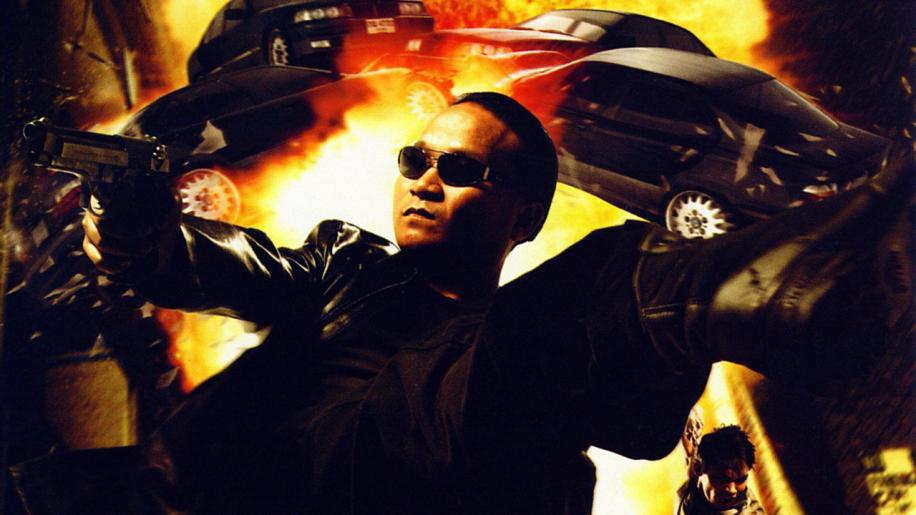 The Bodyguard is presented in a distinctly average 1.78:1 aspect ratio anamorphically enhanced transfer. Considering that it is a fairly recent production, there is no excuse for it being in such poor condition, with occasionally poor detail, moderate softness and light grain running throughout. There is no noticeable edge enhancement but the colour scheme is slightly faded - as if this were an Eighties remastered Hong Kong Legends movie - and the blacks are not as solid as they should be. It is a disappointing transfer that even boasts some marginal print damage. There are two fairly boisterous audio tracks: a Dolby Digital 5.1 effort and a slightly superior DTS track, both in the original Thai language. The dialogue is presented fairly clearly from the frontal array, with the very active score pumping its way into your living room - seemingly from all around. This is one of the most directional efforts I have come across recently, the score not merely being funnelled through the speakers equally but actually varying from speaker to speaker in terms of content. There are also plenty of frantic shootouts to bring all of the channels into effect, including a bit of bass. The DTS track has the edge in terms of sheer power, but they are both fairly penetrating, solid offerings. We also get English subtitles that are largely comprehensible but still don't help you get the in-jokes. We get a thirteen minute making of featurette that - for once actually has English subtitles! Petchtai Wongkamlau pops up to talks us through how the project came to fruition, broken up by bits from the movie itself, outtakes, on-set filming and chats with some of the rest of the cast, including the Down's Syndrome actor who they refreshingly recruited to play one of the 'heavies' to fairly good effect. Then we get trailers for the wonderful Ong-Bak, Born to Fight and the main feature itself. The Bodyguard is slightly disappointing but quite accessible for drunken late night viewing. The cameo by Tony Jaa does not warrant a purchase in and of itself but fans of his co-star should definitely pick this up as the movie is largely about him. The video quality is average but the sound treatment is pretty damn good and there are a couple of nice extras to round off the disc. Only really worth a rental.