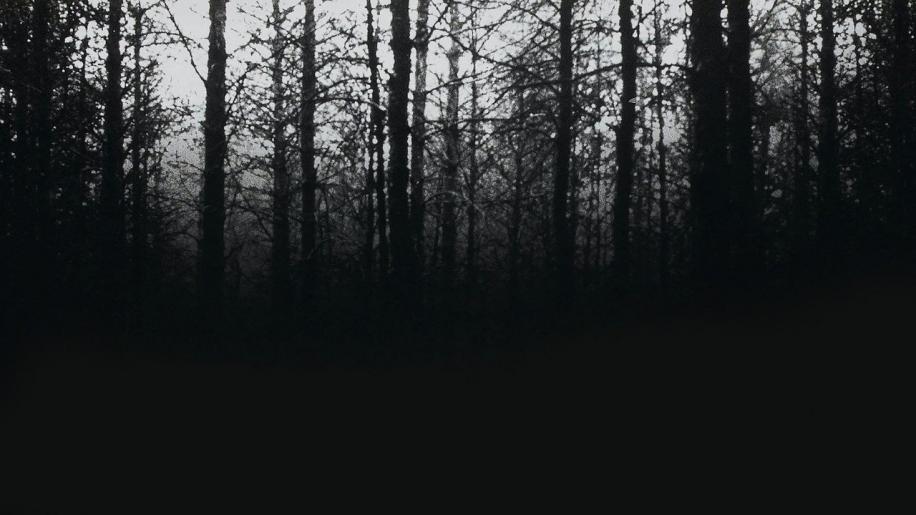 The Blair Witch Project was shot on hand held video cameras and is presented in its original non widescreen format. The image is 1.33:1 and is framed with a black border with curved corners, presumably to emphasise its documentary styling. Normally such a presentation would be annoying, however in the context of what the filmmakers were trying to portray in making us think this was actual footage, it works ok and after a while you forget about the image format. The image quality is obviously very low – it does look like home movie footage and can be very shaky in parts; however this is more because of the cinematography rather than any technical problems with the disc. I found it hard to determine whether the grain and saturated picture were inherent in the footage, but I think they were so I can’t criticise the DVD transfer itself. Again, the sound reflects the both the low budget nature of the production but also the hand held camera footage – it wouldn’t have been very convincing to have shaky cine cam footage with stunning DTS 5.1 sound so we have to accept that here. The soundtrack is Dolby Digital 2.0 and works well enough – obviously the majority of the sound is the three students talking (or should that be swearing), but the final scenes are quite atmospheric and I didn’t find the lack of 5.1 a problem when engrossed in the movie. Director & Producers Audio Commentary. This commentary features Rob Cowie, Eduardo Sanchez, Daniel Myrick, Greg Hale and Michael Monello and is one of the better commentaries I’ve listened to. The movie is quite short and as there are quite a few contributors, there is plenty to learn and listen to in a short time so there are no awkward pauses.

Curse of the Blair Witch (43m). This documentary is well worth watching – it was part of the filmmakers plan to pad out the myth of the Blair Witch and the missing students before the film was released. It was first shown on the Sci-Fi channel and one can understand how many fell for this story as it is very professionally told. It tells the tale of the Blair Witch, from the suspected origins of the witch Ellie Kedward and then chronicles the mysterious events that have happened in that area through to the disappearance of the students in the present day. It makes a great supplement to the movie and the Rustin Parr section is especially unnerving in conjunction with the ending of the movie.

Newly Discovered Footage on the Curse of the Blair Witch (5m13s). This is just a scene of the three students in their tent talking about their experiences and theorising about the strange things they’d seen so far.The Blair Witch Legacy is a series of static text screens where one can read more about the various Blair Witch events that have happened from 1785 through to the present day.

Biographies and Notes are more static text pages with biographies of the actors and production notes.

There is also one trailer and two teaser trailers for Blair Witch plus one trailer for the DVD release of The Stand. The Blair Witch project is an important chapter in the history of the horror genre. It may not appeal to everyone, but all should be able to appreciate its creative originality and box-office success. It got people talking about horror movies again and for that it deserves a place in your collection.