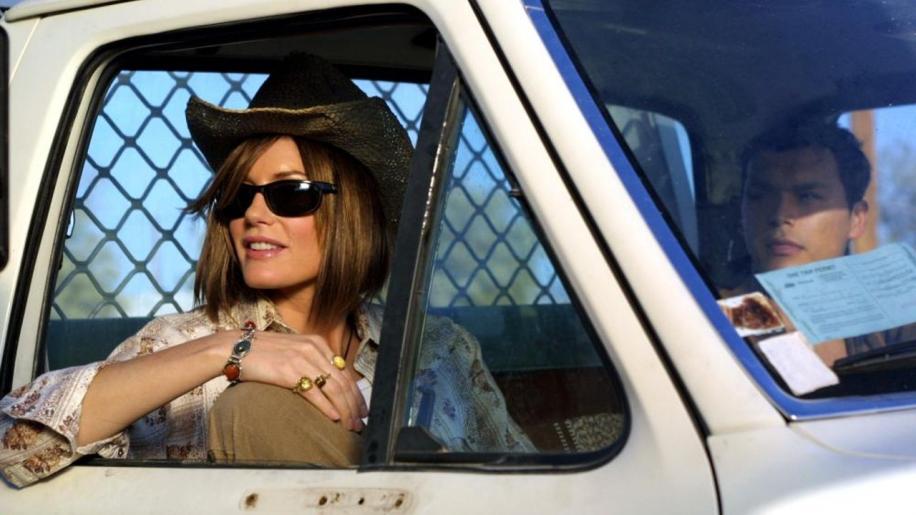 John Person (Jon Favreau) is a struggling actor down on his luck and $27,000 in debt. When he is offered a quick job - take a suitcase to a man called Cowboy for $25k - by his strange neighbour Neely (Bud Cort) how can he refuse. Leaving to fulfil the task, against the wishes of his pretty neighbour Grace (Joey Lauren Adams), John heads to a small town called Baker to meet Cowboy (Sean Bean). However on arrival he finds that Cowboy has already been looking for him and before long John is mixed up with local teenage vixen Ruthie (Rachael Leigh Cook), her mother Stella (Daryl Hannah), Ruthie's hot-headed jealous boyfriend Randy (Adam Beach) and paranoid, alien-obsessed locals. When special agent Banks (Kelsey Grammer) arrives to question John about the murder and decapitation of Neely he begins to realise that he may have bitten off too much and has himself trapped in something even more dangerous than he imagined. Have the locals all gone mad or are they the most sane people around and what about the 75 missing persons from the town, has Cowboy got something to do with that?

Writer/Director Steve Anderson had no money to shoot his surreal thriller and for the most part the actors appearing do it all for free (well they do get shares) and that seems to help this movie no end. With hardly any money to shoot, the performances from the cast are very good indeed and the script for the most part, helps to build the tension nicely. The strange locals and situations John finds himself in create some comic relief when everything looks like a downward spiral. The ending however just didn't do any justice in my opinion to what had gone before, but the film is certainly worthy of at least a rental viewing.