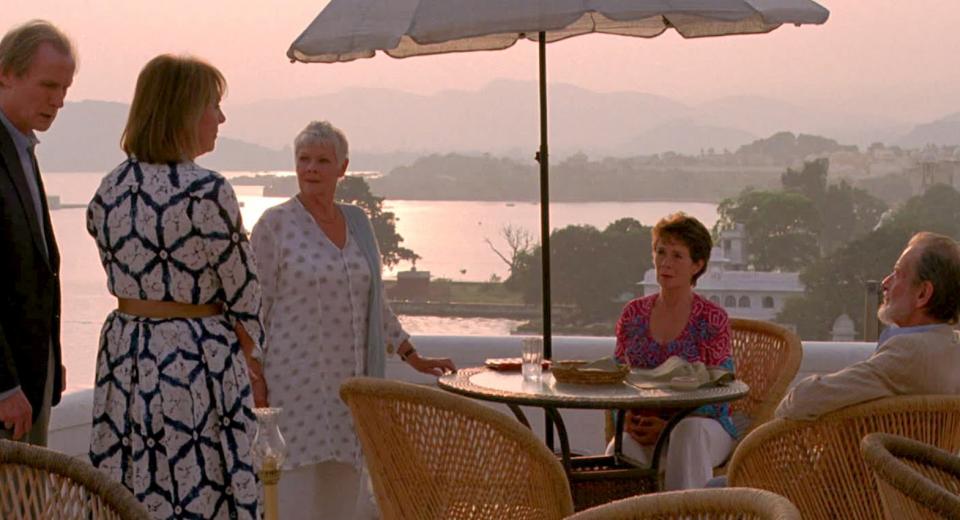 Shot on 35mm and presented in 24FPS 2.35:1 the picture quality has its moments, but the transfer is poor. Too many jaggies around moving objects suggest that too much compression has been applied either at authoring or during the editing process. Colour grading is much too severe with characters gyrating between decent skin tones and ghastly yellows, often during the same scene. I thought at first this was an attempt to imply old fashion incandescent lighting, but often bright fluorescent strip lights are the visible form of lighting and these do not give the characteristic yellow hue. Contrast is lacking with black levels more akin to a DVD release than a decent cinematic Blu-ray release. Initial lighting set up was obviously poor on occasions with actor’s faces in shadow compared to brighter backdrops. This has a tendency to shift focus away from the action and you start looking for things behind the main action to happen. The good news is the film loads quickly and all menus and resume functions work well. The DTS-HD MA soundtrack really is wasted on this film. The lack of punch is noticeable and the limited surround information fails to envelope the viewer in the sounds of India. There are no dramatic crescendos and an average music track to keep things moving along. On the plus side dialogue is clear if a little too mono! These days many sound designers are placing dialogue all around the audio image as both cinema and home sound systems have improved and become much more capable of reproducing full range audio from every speaker. A shame whoever mixed this is still stuck in the 80’s. A few short clips that look and feel like a 20 minute featurette was chopped up into shorter chunks. It is the standard stuff, a few location interviews, some limited behind the scenes footage and that’s about it. No trailers or production notes, no commentary or interactivity. I suppose if you were aiming this disc at the grey generation then all some will do is stick the disc in and watch the movie, but there still appears to have been very little effort made for the minority who may want to explore deeper. The quality is not brilliant either, reverting to 1080P 50, so it all looks like a TV documentary anyway! I noticed that there are additional languages both as audio tracks and subtitles that are not mentioned on the packaging. I assume that there will be a slightly different sleeve on the international release. I wanted to enjoy this film. I like mainstream British cinema and hoped that this would be another one to add to the watch again shelf. Unfortunately the story line is just too weak, the characters not strong enough and the outcome too predictable. This film did quite well around the world and has seen a lot of marketing around the Blu-ray release, with various cast members turning up on chat shows to tell us how much they enjoyed making the movie and working with each other, but this does not get away from the film’s overall weaknesses.

Technically this is one of the weakest releases I have come across recently. We are accustomed to really high quality viewing experiences with clean, sharp pictures, dynamic and well mixed sound tracks and plenty of extras. This film falls down on all three. Get the DVD for your granny by all means, but I see no reason to make a fuss about the Blu-ray.