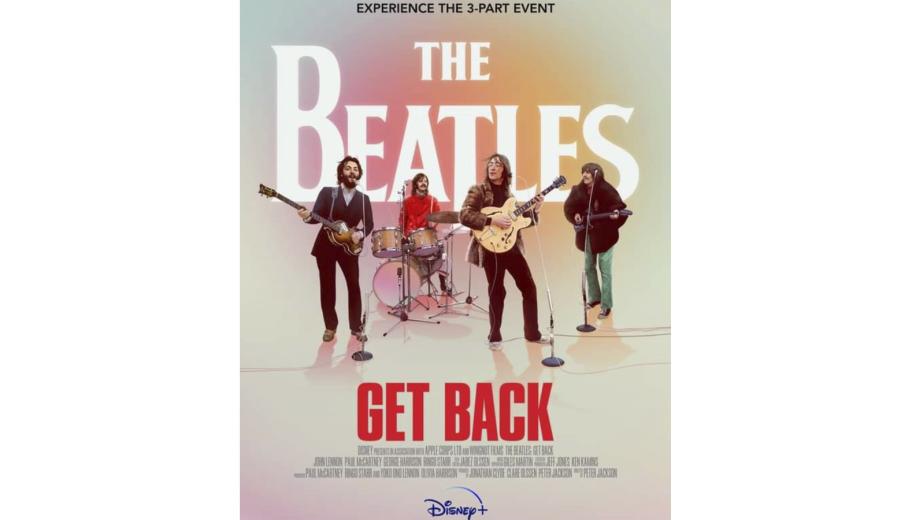 An almost overwhelmingly intimate look into one of popular music’s most iconic and infamous episodes, the break-up of The Beatles. Peter Jackson sifts through hundreds of hours of footage to present this superbly detailed and intricate look into three weeks that shook the world of popular music.

Documentaries are tricky beasts. Much more so than narrative features, an audience will get out of them what they bring to them – for those that don’t know the subject matter, it has to hook and intrigue whilst letting the audience ‘in’ to a specific time, place, event or character; for those that do know the subject matter, they need to be shown something they didn’t already know... both parts of the audience seemingly at odds with each other and wanting different things, presenting the documentarian with somewhat of a dilemma. But when the subject matter is one of popular culture’s most famous icons – The Beatles – where there are already thousands upon thousands of pieces of media produced detailing every last second of their brief but momentous existence, where on earth do you even begin?

Presented with 60 hours of 16mm film footage and 150 hours of audio footage, shot during the making of Michael Lindsey-Hogg’s 1970 film ‘Let It Be’, Jackson and his team at Weta Digital used similar techniques they pioneered in his WWI documentary ‘They Shall Not Grow Old’ to show in often uncomfortably intimate detail the three weeks leading up to the final live performance of pop’s most famous and influential band.

... there’s so much packed into each episode, its an absolute treasure trove

Missing the discipline that their sadly recently departed and hugely influential manager Brian Epstein brought to the band, they decided to try one last roll of the dice and attempt to recapture what it meant to them to simply be in a band: three weeks to write, rehearse and perform for an audience a new album’s worth of stripped back songs recorded live, whilst simultaneously making a TV show about how they did it. Soundstages in Twickenham, south London were rented, equipment was moved in and film maker Lindsay-Hogg and his crew arrived, armed with a vast array of 16mm cameras and microphones to hopefully capture magic and genius on film.

What they actually got was so much more.

This limited series on Disney + is split into three episodes, each one roughly two and a half hours long and looking at one of those three weeks. Beginning with a handy ten-minute introduction to the band (as if any were really needed), there are no talking heads, no contemporary voice over, it's just the band as shot. Due to the plan for filming, it already feels somewhat visual thanks to some lovely coloured backdrops to the vast sound stages and the cameras and microphones really are everywhere, capturing anything and everything that occurred during these tumultuous weeks. But Jackson has also gone the extra mile and where there is audio but no visuals to match, he and his team have painstakingly set the audio to visuals that either refer back to the scenes being heard but from other angles or just add in similar looking footage to that which would have been shot to accompany the sound. It’s a brilliant sleight of hand and even though ever so slightly noticeable, it certainly gives the impression of a wonderfully seamless audio/visual experience.

The three episodes cover each of the week’s leading up to that final performance and each has a very different feel and tone to it. There’s so much packed into each episode, it's an absolute treasure trove. So much of the myth behind these final days of the band now seems trite and vastly over-simplified: the impact of Yoko Ono (always there at John’s side but totally silent for 99% of her screentime) now feels much diminished; the rampant ego of Paul is now shown as someone growing in frustration with his bandmates for not wanting to continue to push their boundaries whilst also being unhappy with his own role as de facto leader in the absence of anyone else willing to take on the responsibilities for so many musical decisions; and Lennon’s general apathy and willingness to goof around at every opportunity seemingly at odds with the perception that he was the antagonist and driving force behind their eventual split. But never in doubt is the still palpable chemistry between the four – even when Harrison finally has enough and Ringo seems to be biding time until he can go and film his upcoming movie with Peter Sellers (The Magic Christian), there is still a huge amount of love and affection between the four men. In fact for all the earth-shaking events that are happening around them, there’s nary a cross word, argument or even a raised voice, just a portrait of a band who were seemingly reaching the end of their natural lives. And the documentary captures this sense of love and camaraderie perfectly.

But the music remained a constant throughout. There’s a huge amount of it here, from warm up exercises to cover versions of very well-known songs (complete with added Beatles humour) to first full versions of songs that have gone on into music legend and through to final studio takes of Beatles classics such as ‘Let It Be’ and ‘Dig A Pony’. There’s so much music here that this is probably the one criticism to level at the whole endeavour – over seven and a half hours is a lot of time to spend watching in essence four musicians write and play music. And its these scenes that are likely to prove challenging for more causal viewers. And yet, the real power of this comes from the capture of so many little moments. From the searing honesty of admitting they’ve been in the doldrums since the passing of Mr Epstein to a reassessment of their much-publicised visit to India and the time spent with Maharishi Yogi (“we really should have been more honest about who we were…”) to Lennon and McCartney talking about Harrison's departure when they thought no-one was around (hearing Paul joke that none of this will matter when they’re all old together in fifty years brought a tear to the eye). There’s so many more of these that is the real magic of the documentary – it lets us into the myth, it humanises the genius (Paul may have come up with Get Back in two minutes but it took hours of hard work to come up with the final arrangement) and it shows us that what made this band so special was that no matter what, they were still those four friends from Liverpool who just wanted to make music.

... a stunningly intimate depiction of musical genius that got behind the myths and legends to show us the people who The Beatles really were

At the start of each episode is a disclaimer that editing decisions were needed to be made and while one wonders what therefore wasn’t included, there seems to be no evidence to suggest that anything was left out to remove any unfavourable depictions. But it is something to be aware of. That and the disclaimer about showing smoking. 1969 couldn’t be any further away culturally it seems…

So after spending seven and a half hours watching this, before reaching a conclusion, what did I bring to it? I’m a horribly amateur musician with a deep love for the songs of The Beatles who can think of nothing better (outside of watching movies) than to watch brilliant people play music brilliantly. And therefore I adored this. There’s some padding due to the structure covering every day in this three-week period, but when the padding is watching musical geniuses simply play genius music, it’s the kind of padding I can easily tolerate. Those who are less into the process behind making music may though struggle with its mammoth run-time and for that, this just falls short of being a perfect document of a perfect time. A stunningly intimate depiction of musical genius that got behind the myths and legends to show us the people who The Beatles really were. I mean it doesn’t get any more human than Ringo turning to camera and exclaiming “I farted” does it?

A note on the presentation shown in Disney + – the source of the video was 16mm film. However some very obvious digital clean up work has been done to render every single shot looking like it’s been caked in layers of digital noise reduction. The aesthetic doesn’t look like it’s been designed to retain any of the inherent properties of the film either, with the grain completely gone and it leaves everything looking very smooth and very processed. It's consistent across all three episodes too so there’s no jarring jumps in quality, but it IS a very processed look. The Dolby Vision pass further enhances the artificiality of the image, bringing the colours right out to pop. And finally, while the Atmos soundtrack carries very little into the overheads or even the surrounds, the music and dialogue sounds rich and full with a lovely balance between in the mix between the instruments and voices

The Beatles: Get Back is a three-part miniseries with all episodes now available on Disney+ in 4K Dolby Vision with Dolby Atmos.