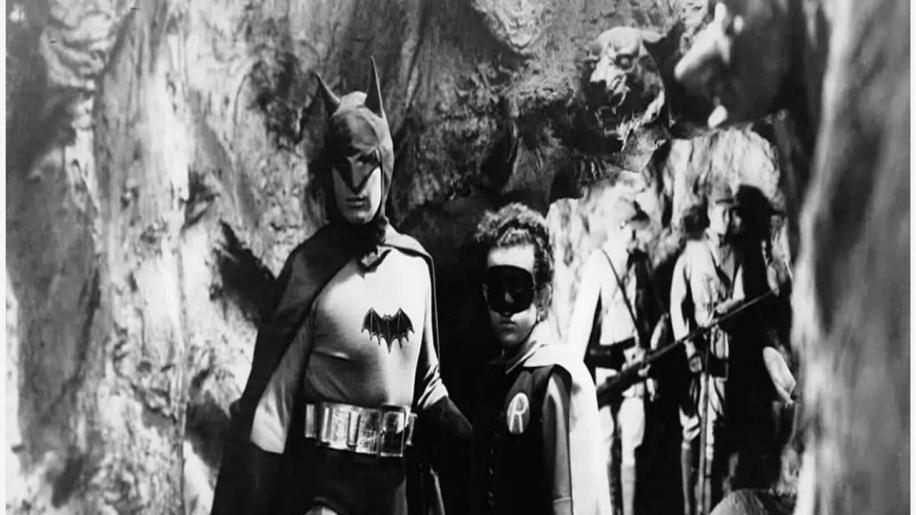 Image quality is overall poor as you can expect from a transfer that makes no effort at improving on the copy. This is a bare bones DVD release that includes the complete 15 episodes of the serial but nothing else with no special video makeover. Edges of fast moving images are plagued by distortion that would seem to evidence a poor conversion from film frame rates to video and probably should have been cleaned up. The film stock from which this copy was transferred from DVD isn't bad considering its age, there are flashes of over-brightness and then darkness and some visible fading. But overall it's not too damaged, I've seen worse Three Stooges episodes. Somehow the aged and dirty black and white video sets the tone here, if it had been restored to a pristine monochrome feature it wouldn't look as historic, perhaps it would lose some of its impact. Audio is in mono, like the video nothing has been done to enhance the sound but it was saved to digital format before it degraded too much. Everything is certainly audible from whispers to loud crashes; the sound is clear with very little distraction considering this was a 1943 serial. Besides all 15 episodes appearing with menu systems to allow easy navigation between them, there are no special features. The menu system looks nice with a classic monochrome golden hue to the heroic outlines of Batman. For its great historic significance, this is a real gem. Even if you weren't a Batman fan and just wanted to see what a slice of entertainment from this era looked like this is a fine collection in a convenient two disc package. The narration over the story is classic serial entertainment, complete with cliff-hanger endings where the narrator warns us not to miss the next episode, this is classic cinema of a bygone era. “Don't fail to see the next episode... at this theatre in one week.”

I wanted to give it an overall that's more respectable than a mere 6, but I have to consider the medium of DVD and this releases total disregard for the possibilities that presents. Some inside information would have been nice, even text about the cast or some of the trivia surrounding this serial if not a short documentary. Some effort at restoring video from the film might be a lot to ask, a pristine black and white might take away from this feature's charm but better quality digitization from the recovered film should have been a priority had they done a better job at converting to DVD this would have easily gotten a 7 overall, if they included some extras an easy 8.