Jessica Brown Findley, for the crime of wasting Huxley's potentially great source material in Brave New World, your sentence is... 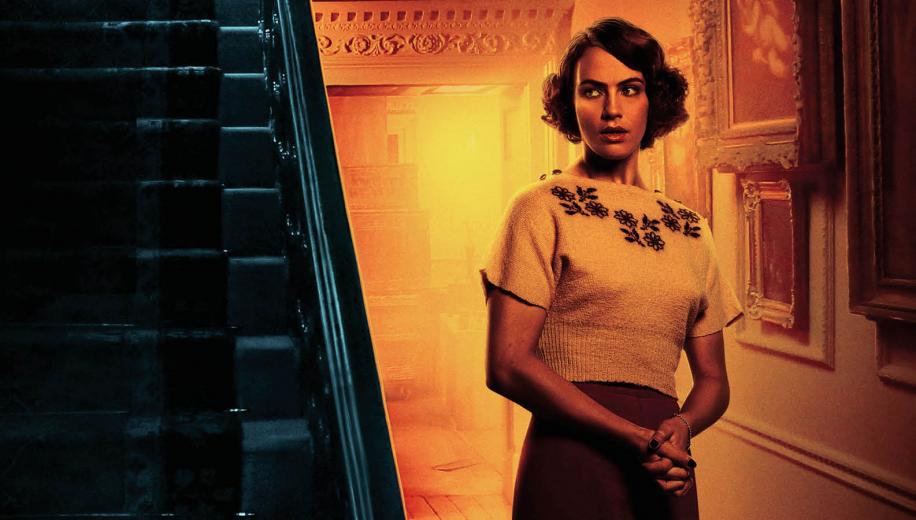 Christopher Smith's latest haunted house horror is inoffensive and vaguely watchable, although some might rightly read that as inconsequential and boring.

Smith's the young Brit writer/director behind a few fun little horrors, not least the Melissa George-starring Triangle, but also the Franka Potente horror Creep, Severance, and Sean Bean's Black Death. He's clearly got some good ideas, and an eye for effective horror when needed, but there's nothing new about The Banishing, which embodies its "The Shining meets Downton Abbey" tagline in the most banal way imaginable, diluting to the point of almost non-existence all of the more interesting supernatural, time-and-reality-bending notions in favour of dull tedium.

When a reverend and his young wife - and her daughter - move into an old manor, they are troubled by its history, which becomes intermingled with their own dark secrets and starts to affect their behaviour towards one another, and the behaviour of their child.

The Banishing hasn't got anything new to say (c.f. A Ghost Story, The Babadook) and doesn't have a new way to say something old (Hereditary), offering glimpses of something interesting beneath the surface, but failing to capitalise on a single one of them. It's monotonously slow, which would also be forgivable if it was going somewhere. Anywhere. Instead, this is the kind of production you'd probably forgive playing out as a 50 minute TV special on the BBC around Halloween, but far from a worthy 'feature' watch.

Jessica Brown Findlay takes centre stage, still trying to carve a leading niche out for herself after leaving Downton and flitting about on Sky's ineffective Brave New World adaptation. Really, you could go back as far as her feature debut in Albatross to see that she's got some serious acting chops, but The Banishing doesn't really know what it wants from her, making it feel like the actress has got more to give, but doesn't know where to put it. You can clearly see why she took the role - if she'd seen the writer/director's earlier Triangle, she probably hoped for something similar but within the period haunted house confines (rather than haunted ship), however any interesting ideas were clearly left out of the final shoot/cut, leaving you wondering whether Findlay was hired instead merely to better justify that "Shining meets Downton" tagline.

Mission: Impossible - Rogue Nation and Fallout villain Sean Harris goes for wild abandon in a cheap red wig, Tin Star's John Lynch tries to take it all very seriously, and the latest incarnation of Dracula's Jonathan Harker - John Heffernan - might as well still be stuck in that purposefully impotent role. Better writing would have turned the notions of possession, cult worship and even Nazis and spun up something considerably more effective, but The Banishing ends at the point where you'd expect most decent horror narratives to conclude their first act. Disappointing.

The Banishing is available to buy on all digital retailers from 26th March 2021.
﻿