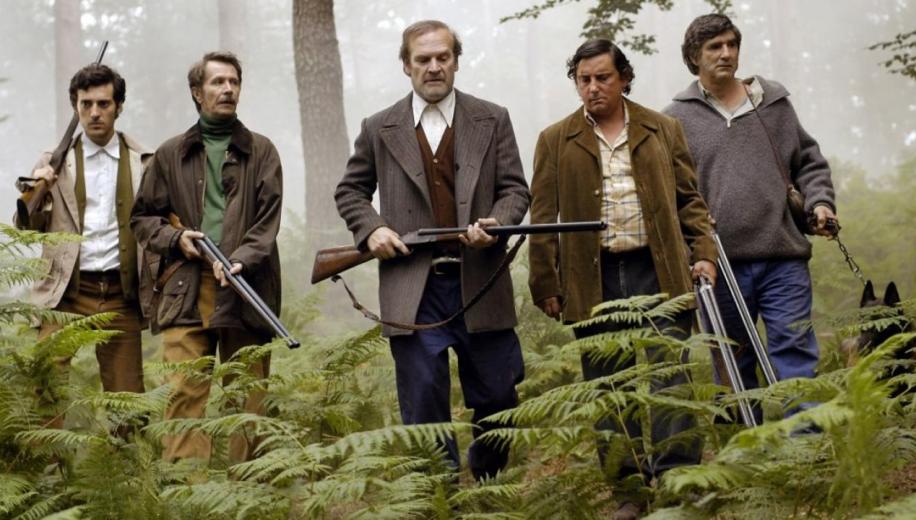 Presented on this dual layer DVD in its original theatrical ratio of 2.35:1, I'm afraid it doesn't get much better with the picture side of things.

First of all, the source print isn't in the best of condition. There are cracks and speckles all the way through. For a film that is slightly less than two years old, I would have thought that the studio could have hunted down a better source print.

Secondly, the disc suffers from a sever lack of brightness - which in turn completely screws up black levels. There are unlit night scenes where it's almost impossible to fathom out what is going on onscreen - it's just a blocky mess.

The picture also suffers from colour bleed and slight edge enhancement - though with the latter, it's mainly in outdoor long scene shots that don't have much going on in them.

Overall then, pretty poor picture quality I'm afraid. Personally, I still buy and watch a lot of standard definition DVDs alongside my quota of High Definition Blu-ray discs. This disc is not a good representation of what is available on SD at the moment and is a real disappointment. Coming by way of a Dolby Digital 5.1 soundtrack, the mix on this disc is somewhat of a saving grace for the disc as a whole. It's nothing to write home about - but it has been done properly and does have one or two standout moments.

Dialogue is audible the whole way through and is cemented firmly to the centre channel. Bass is used to add the scare factor and works to good effect.

The surround channels kick in on a regular basis - particularly during scenes in the woods where they are used to add ambience and atmosphere. There is the odd split surround effect as well which all adds up to a well engineered track. There are no extras except a trailer for Chapter 27, which is a film about the murder of John Lennon. Whilst I can congratulate Gary Oldman for adding the weight of his name to this low budget independent film, I can only feel that the director has wasted a glorious opportunity to move on to bigger (and better) things.

Horror fans may disagree with me entirely. I found that the film lacked any kind of pace and direction. The plot leaves a lot to be desired - and to be honest with you, I still don't know why the little girl was chained up...though my guess is in the movie part of this review.

As a DVD package, there's not a great deal I can get excited about here. The picture quality is average at best. The Dolby digital 5.1 soundtrack does have its moments and is well engineered. There are no extras to speak of except for a trailer for another film. A director's commentary is crucial in a film like this - even if it just means he could offer up his excuses...bottom line is I can only recommend as rental at best - and that's on a week where no other discs have been released. - sorry.