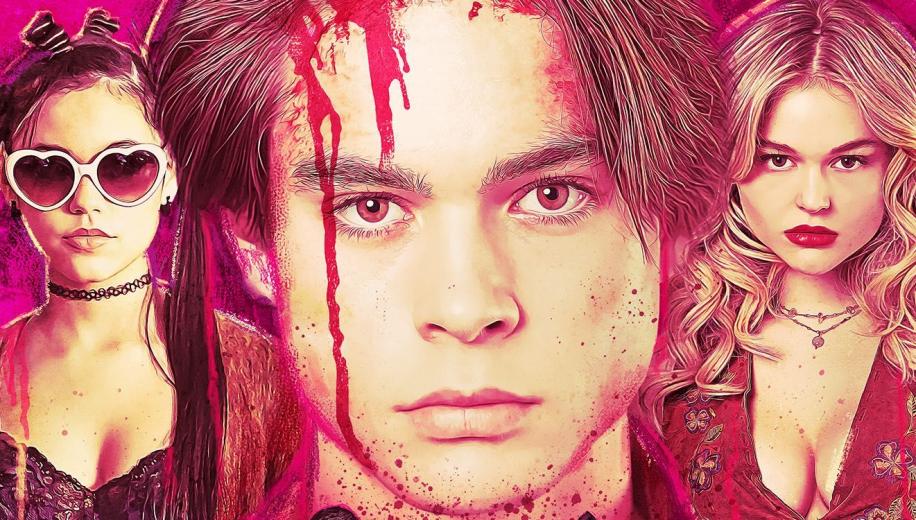 Netflix’s 2017 horror-comedy The Babysitter was one of the platform’s best loved movie releases for a while. An unapologetic love letter to classic slasher flicks, the combination of teen drama, gore, slasher thrills and decent comedy made it a bit of a cult classic of the streaming world.

In fact, that it got a sequel at all is quite a testament to how well-received the film was – sequels aren’t all too common in Netflix film world. The same director (McG) and many of the same cast members return this time around for The Babysitter: Killer Queen.

This film more or less continues where its predecessor left off, with Cole (Judah Lewis) now a junior in High School having just about escaped the murderous clutches of the satanic cult that tormented him a couple of years ago.

This is not a film that could ever be accused of being dull – there’s barely a moment without a splash of gore, a bawdy joke or a big dramatic action scene

Turns out, telling people your babysitter (Samara Weaving) tried to slaughter you in the name of her cult that feeds on the blood of innocents isn’t actually that easy. Cole soon discovers that most people don’t pay much heed to his tale, and turns to bonding with (actual) girl-next-door Melanie (Emily Ayn Lind) to find solace away from all things cult.

But, wouldn’t you know it, it seems that satanic groups aren’t that easy to vanquish, and aboard a party boat Cole finds himself face-to-face with many of his nemeses from the first film. There’s Max (Robbie Amell), Alison (Bella Thorne), John (Andrew Bachelor) and Sonya (Hana Mae Lee), all back, all bloodthirsty and all bent on revenge. There are a couple of new cult members along for the ride too, as well as Phoebe (Jenna Ortega), who joins Cole in trying not to become a human sacrifice.

As for the plot, Killer Queen takes what worked in The Babysitter and runs with it, but not without trying to add explanations and exposition by the bucketload. It’s a tough ask – on the one hand, what made the first film work so well was its unashamed silliness and over-the-top gore. On the other, it’s pretty rare for series of films to exist on pure fun alone.

So, writers McG, Dan Lagana, Brad Morris and Jimmy Warden throw in a bit of explanation at the beginning and end, and double down on the silliness and gore everywhere else. It’s somehow even more high-energy than the first film, and is undeniably fun and pacey in a really enjoyable way. This is not a film that could ever be accused of being dull – there’s barely a moment without a splash of gore, a bawdy joke or a big dramatic action scene.

There are plenty of pop culture references woven throughout, and the hyper-violence and over-the-top kills are actually even more outlandish than in the first film. But there are a few things missing. For a start, Weaving, though she does appear occasionally, played a huge role in the first film and was a big part of its energy. This was one of the actress’ big breaks into the mainstream, and is a huge part of why she’s such a horror favourite… not to mention she was the babysitter in a film called The Babysitter.

In the sequel, Cole is older and doesn’t even have a babysitter, so the storyline and why it all made (vague) sense is lost already. Even though there’s just as much death and satanic panic, there’s just a bit less at stake here and it’s lost some of the surprise intrigue that hit us first time around. Brian Duffield, who wrote The Babysitter with tight plotting and excellent joke-to-gore ratio, is missed too.

It feels like McG and the other writers figured that since the first film was such a hit, that just heightening as many of the elements as possible and turning all the dials up to 11 would do the trick. And while the jokes and wildness and outrageous kills are still entertaining, there are some style choices that have a tendency to feel a bit overdone and like filler in lieu of any advance of the storyline.

If you loved The Babysitter, no doubt you’ll be lining this one up in your Netflix queue anyway. Just don’t expect it to live up to the highs of the first film. Missed The Babysitter and figure you’d just jump straight into Killer Queen blind? Don’t. Original is always better.