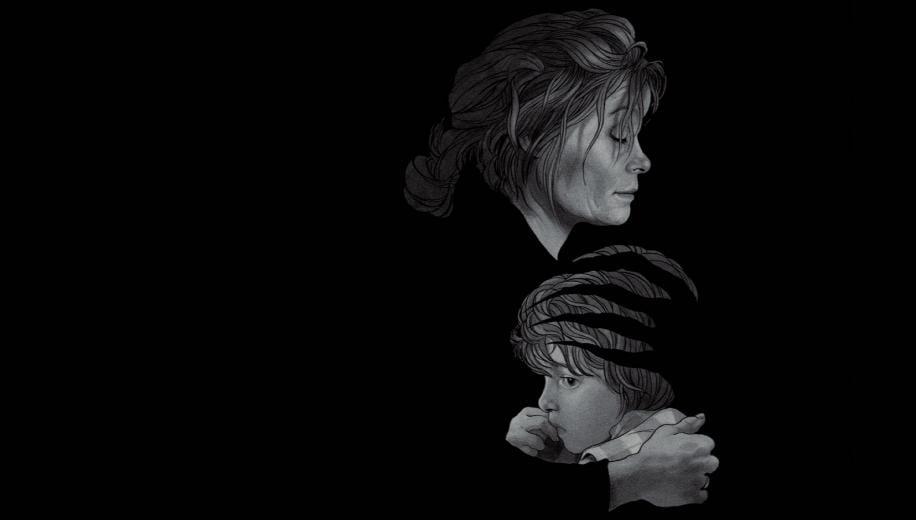 Metaphoring grief into supernatural horror, writer/director Jennifer Kent's The Babadook is a stunning debut which exquisitely transcends the genre.

As we suffer an eighth instalment in The Conjuring Universe, it's all too easy to forget how clever horror movies can be, if they try. It Follows, The Witch and Get Out all had an edge - even if the well-received Hereditary was arguably somewhat jumping on the bandwagon. But Kent's Babadook probably topped them all for majestic metaphorical madness, with the then-aspiring filmmaker digging deep for emotional resonance and finding unlikely treasures in the taboo subject of imperfect motherhood and the pretty sobering arena of depression. After testing the waters with a Short Film called Monster - something of a progenitor for her main event - she worked with a modest budget in Australia, basically in one location, and with minimalist effects and a relatively unknown cast to craft one hell of a striking debut.

Hauntingly atmospheric, visually inventive, and utterly disarming, The Babadook finds its greatest horrors in reality, keeping you off-balance with its inexplicable 'supernatural' events and refreshingly raw performances. Whether it's the uncertainty over where the creepy kid's pop-up book of the same name suddenly materialised from, or basically any of the daring twists into the land of metaphor-laden fantasy, Kent efficiently crawls right under your skin to get you where you're vulnerable, trading in the very real fears - and flaws - of parents and loved ones left behind, and crafting one of the best horror films of the 21st century.

... a wonderfully visually inventive piece that gets the best presentation you could imagine here

Shot on a comparatively tiny budget, mainly in one location, The Babadook looks stunning. Originally conceived to be black and white, this plan was ditched in the early stages and instead, cleverly they adopted a palette which may as well be monochrome in terms of setting and sets, but still enjoys flashes of colour where necessary. It is a blisteringly detailed image, which absorbs every little nuance on offer - and given the efforts made to reflect state of mind in the state of the house (namely, it slowly falls apart), this is fantastic news as you get to lap up every iota of clinical visual observation. Contrast is superb, with WCG and HDR working wonders on delivering perfectly graduated tones from peak whites to deep, rich and inky blacks. It's amazing just how much mileage you can get out of an open cupboard door bathed in shadow, and The Babadook goes full Jaws in its clever use of threat by way of what you can't see. It's fabulous filmmaking, and a wonderfully visually inventive piece that gets the best presentation you could imagine here.

The Babadook's 4K Blu-ray release enjoys a hearty DTS-HD Master Audio 5.1 track that is almost as impressively designed aurally, as the presentation is visually. Subtlety is the name of the game, but the track is more than prepared to go big when it needs to, delivering on all fronts.

Dialogue gets keen presentation, delivered clearly and coherently throughout, whilst the score is extremely reserved - appropriately so - except when needed to crank up the events, which it does sublimely, going full creepy to do much of the heavy lifting that the budget-limited style requires in the absence of grandstanding effects. Less is definitely more here, and the effects continue this theme, delivering screams, and shock moments with added verve, bringing street noise, schools, parties and parks to life, but really taking pride in its disconcerting moments of strange dull thuds in the middle of the night. It's a great track.

Second Sight Films' Limited Edition UK 4K release of The Babadook includes all of the old legacy extras as well as a bumper assortment of new ones, porting them all - rather commendably - onto the 4K disc proper.

Headlined by a new Audio Commentary, we also get no less than eight new Interviews which cover just about everything you could possibly want to know about the production, with the lead actress, co-star, the producers, editor, production designer, book designer, and composer all available for comment. There's also the original Short Film, Monster, which Jennifer Kent describes as a 'Baby Babadook', as well as all the old extras, including the Making-of, and a number of Featurettes looking at the stunts, the sets, key scenes and the book. To round it all off, the lavish package itself boasts a 150 page hardcover book and a selection of art cards, all in a rigid slipcase with new artwork.

The Babadook is one of those rare horrors that comfortably, effortlessly, transcends the genre, pushing it more firmly into psychological drama territory despite the fact that it so easily plays both sides - enjoying a veritable supernatural angle that's better here than in most straight modern supernatural outings. It's one hell of a directorial debut.

... one of the best horror films of the 21st century

Second Sight's UK 4K release of The Babadook delivers a largely stunning native 4K presentation, and a lavish box set package - it may carry a commensurate premium price tag but it is utterly unmissable nonetheless.

The Babadook is released by Second Sight Films UK and available on 4K Ultra HD Blu-ray™ from July 26th.