The rising stars of the adventure scene are back with an intimate and engrossing free story that proves life really IS strange... 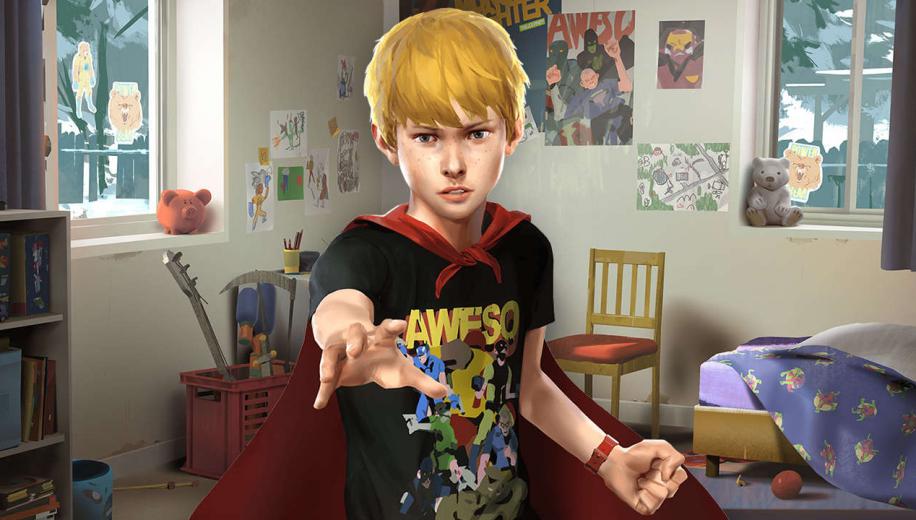 Anyone who says there's no such thing as a free lunch clearly hasn't had much of an appetite for gaming in the last decade or so. Today, some of the most popular games in the world (including the three most-watched games on Twitch) are free-to-play titles, and those are just the heavy hitters – whether you're on PC, mobile or consoles, there are enough meaty free experiences out there these days that you could easily live a rich and full gaming life without spending a single penny. Hell, there are so many freebies out there that they don't even need to be meaty in order to keep you busy, which is just as well because this new Dontnod (Life Is Stange/Vampyr) release is barely two hours long. The antithesis of the endless grinds presented by most F2P MMORPGs for those unwilling to dip into their pockets, Captain Spirit is a masterclass in microcosmic adventure game design and an experience that dazzles with how much it is able to achieve with so little. Not bad for a glorified demo, huh? To provide a little context, Captain Spirit isn't strictly a demo, rather a playable prologue to the next season of Life Is Strange. It's the perfect way to tease a narrative-driven title like this without giving anything away ahead of season two's September release – introduce players to the world, the mechanics and the tone of the game without so much as a slight spoiler in sight. But while most demos don't do much more than try to sell you on the full release, the unique nature of Captain Spirit allows it to stand up on its own as a touching and intimate bite-sized gaming snack that you can enjoy without knowledge of or even the slightest interest in Life Is Strange. The titular Captain Spirit is not your regular superhero because... well, he's not actually a superhero at all. Chris is just a regular eight-year-old kid with a huge imagination and the rather messy family situation around him just makes it even easier for him to get lost in this fantastic persona. This theme of imagination is crucial to the game's success, since it all plays out in and around a single location – Chris' dad's sad little cabin in snowy Oregon. But by constantly offering clues from the past, Dontnod takes both Chris and players out of this miserable little snowbox for brief mental journeys back to pivotal places that led to this point. Similarly, Chris' own flights of fancy allow the game to physically leave Oregon and let his imagination dress the stage instead, whisking you away to pitch-black monster lairs and alien planets just as easily as it transitions from, say, bedroom to lounge.


The theme of imagination is crucial to the game's success

This being an adventure game, there are naturally a number of choices to be made along the way, starting with the process of helping Chris design Captain Spirit's costume. With Chris' dad as the only supporting character of note (in the real world, at least), most dialogue choices come to the fore during father/son exchanges. The general tone of these is great, as is the sense of actual relationship and history between the pair, but some of the writing and delivery let it down in places and it can also be somewhat heavy-handed with how it addresses some of its subject matter. Environmental storytelling fares better, filling in the gaps around the story as Chris uncovers fragments of his past to varying degrees of elation and heartbreak. You can even use these to help shape what kind of hero Captain Spirit will be – interact with any of your supervillain nemeses (read: toys) and you're able to choose how you thwart them, becoming either a benevolent protector or a merciless vigilante in the process. It's oddly satisfying, especially for something that doesn't even really matter... yet.

Chris Will Remember That Dontnod has made it clear that Chris will be back in Life Is Strange 2 later in the year, and that some of the choices made here will have an impact in that game as well. We don't know the full extent of this yet – is this the origin story of one of the sequel's main characters, or simply some insight into the supporting cast and world? - but in any case, it's a great way to add a sense of meaning and importance to what is effectively a standalone release. It also highlights a key difference between the adventure games of Dontnod compared to their higher-profile Telltale counterparts. Here, choices tend to be more granular and personal, while Telltale's games continue to use smoke and mirrors to cover for the fact that the 'huge game-changing decisions' are really just occasional signals along linear tracks that diverge the story, fairly strict branching points rather than the kinds of flapping butterfly wings that could cause a hurricane in the future as you might have seen in the fantastic Detroit: Become Human.


Varying degrees of elation and heartbreak

Captain Strange squeezes an awful lot of content into its short running time, ticking all the usual adventure game boxes – dialogue choices, puzzles, and mild exploration – while adding something new of its own in the form of reflective moments. There are several spots where you can just sit or lie and think back on the events of (and prior to) the game, a wandering camera taking in the sights and the sombre soundtrack the perfect complement for this introspective downtime. It's so nice to just be able to take five and either forget about or ponder on your problems for just a moment, an option many games don't even afford players without reaching for the pause button, let alone their characters. A captivating and imaginative movie-length slice of gaming

The Awesome Adventures Of Captain Spirit is a much more grounded and limited in scope than its title might suggest, but that just makes the childlike sense of wonder and imagination it portrays feel all the more poignant and special.

Whether you plan on playing the next season of Life Is Strange or not, this standalone prequel chapter is absolutely worth checking out in the meantime – it just might change your mind. And even if it doesn't, it's still a captivating and imaginative movie-length slice of gaming that won't cost you a penny... what's not to like there, exactly?