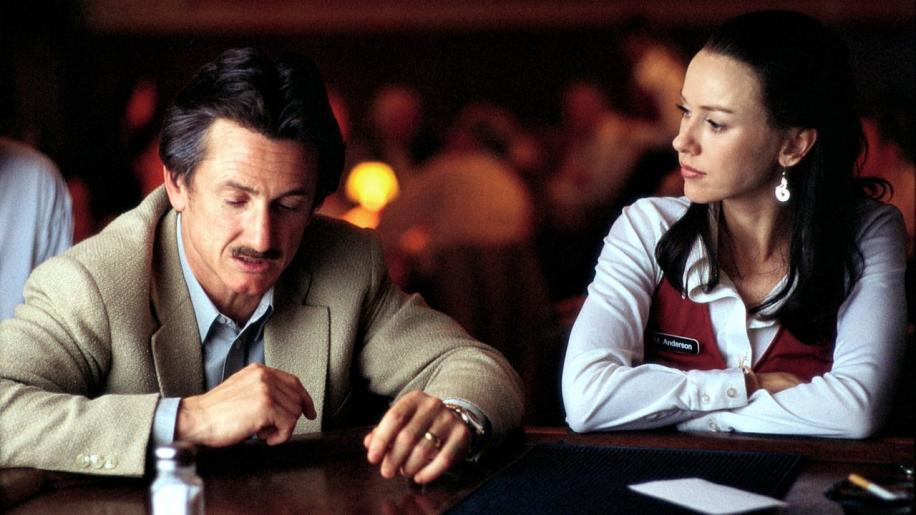 The film is presented in Anamorphic 1.85:1. Details are fine, and there is no evidence of edge enhancement. As to be expected from such a recent film, there is no evidence whatsoever of print damage. There is slight grain permeating certain scenes, but given the nature of the film's low budget routes, this is understandable. Colours are muted yet evenly realised, and this is due in no small part to Muller's use of a low-key colour scheme which accurately compliments and reflects the coldness and alienation of Sam's world. Blacks are solid (if a touch light for my liking), as are skin tones. No real problems here. Metrodome offer two soundtracks here, a Dolby Digital 5.1 mix and a standard 2.0 stereo track. It is difficult to be too harsh on the quality of the soundtrack, as this is certainly a film whose intimacy does not lend itself to an overwhelming aural experience. The 5.1 mix however, is still ultimately disappointing. Virtually all the audio comes from the front channels which generally is fine, however the format is not used to capability especially in scenes involving classical score, where a more encompassing audio would have been suited. Here, where we should be drawn into the passionate and engrossing musical accompaniments, we are left somewhat isolated by the restrained use of both rear and LFE channels. More worryingly however, dialogue has a tendency to be heavily accented in the mix, which occasionally leads to very slight distortion when voices are raised. The 2.0 mix appears understandably slightly less clear and focused than the 5.1. Not perfect by any stretch, but by no means a major distraction. There are an impressive wealth of extras available here, although many are text-based. Up first is an excellent commentary from director Niels Muller. The film was truly a labour of love for the first time director, and he offers an informative and exhausting account of the film's creation. Being a one-man commentary there are understandably moments of dead air, but Muller does an admirable job of keeping these to a minimum, and maintains the interest with a variety of tales. There are approximately 10minutes of deleted scenes, all of superb quality and none of which would have been out of place within the finished product. A couple of the scenes betray an amusing, lighter touch which may well have offered a welcome break from the unrelenting bleakness of the narrative. Last of the video extras is a brief but diverting featurette which takes a look behind the scenes of the production. In addition to trailers and TV spots (which do mislead the film as a fast paced political thriller) are an extensive picture gallery and three text based supplements: the obligatory biographies, an account of the true story of Sam Byck (whom the film was based upon and stays relatively true to), and a Q and A session with Penn. The interview with Penn is typically politicised, but keep a close hand on the pause button as the text flies through at a furious pace. Overall, a superb selection of worthwhile extras. Metrodome have done a stellar job in bringing this curiosity to DVD. Picture quality is perfectly acceptable, and any disappointments regarding the audio are more than compensated by an excellent selection of extras which illuminate the film. Well worth a purchase for the intrigued viewer, or someone looking for a diversion from the Hollywood norm.