With great superheroes come a great many unnecessary reboots 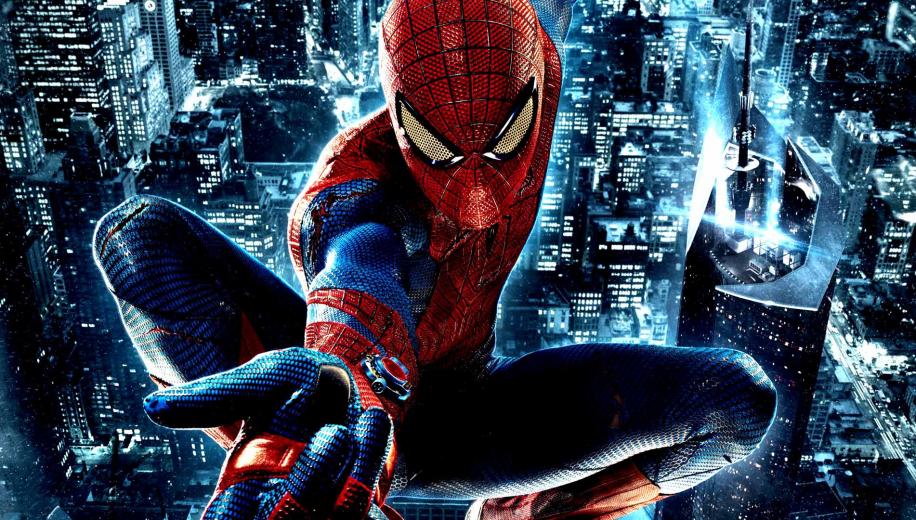 There's so much to enjoy in this unnecessary reboot but it came too soon after a fairly definitive trilogy and wastes too much time with an identical origin story.

Although the original 90s Batman franchise saw two changes in star, it never bothered to attempt to replay his origins (when arguably a Batman: Year One tale would have been much welcomed, and was thankfully absorbed into Batman Begins), yet just five years after Sam Raimi's Spider-Man saga, Marc Webb's new The Amazing Spider-Man franchise kicked off with yet another origin story, tweaking design, gadgets (swapping web-creation for web-shooters) and girlfriends, but also feeling thoroughly familiar in its retreading of teen-outcast-bitten-by-a-spider formula. It felt like a purely commercial rights-based decision, rather than anything borne out of the kind of marriage of box office goals and filmmaking craft that worked for the first two Raimi efforts, but that doesn't mean that it wasn't without some significant merit.
Indeed, if you weren't familiar with Raimi's films - or, indeed, just didn't get along with Tobey Maguire - then it was easy to be seduced into the new world of The Amazing Spider-Man, which had better effects, a noticeably bigger budget, and a wonderful pair of leads in the perfectly-matched Andrew Garfield and Emma Stone, whose chemistry is one of the undeniable highs of this franchise. Sure, Garfield didn't really convince as a geeky Peter Parker - he was far too cool for that - but he made for a great Spider-Man, and Stone's Gwen Stacy was an interesting counterpoint to Parker's regular muse, Mary-Jane, and this interpretation, whilst fun, felt more mature too. If Raimi's saga had never existed this may have been regarded as almost definitive and even walking in the shadow of its predecessor it proves thoroughly entertaining.

After Raimi's trilogy, the Webb films are quite visually distinctive, losing the shot-on-film texture of their predecessors in favour of all out digital polish. Thankfully the features, all shot at resolutions in excess of 5K, benefit from rare 4K Digital Intermediates dating back from their Mastered in 4K Blu-ray releases (and notwithstanding some measure of doubt as to whether the VFX were actually rendered in 4K), leaving the native 4K image oftentimes impeccable and resolutely demo worthy.

Detail impresses at every stage, in almost every frame, lapping up the skin textures and background nuances with a keenness of eye that feels hitherto unparalleled. The POV Spidey shots immediately set this apart from what we have known before, and effects are wonderfully blended into the affair, avoiding for the most part that Blade II style of exaggerated acrobatics in the full-CG renders of Spidey in action. The film revels in its updated, modern environment, with plenty of glowing computer screens, radioactive spider looms and neon lab lights to get the attention of the WCG component, making them pop with a visual intensity that gives the film a whole added dimension. The Webb outings are far darker than their predecessors, and this is where HDR comes into play, opening up the darkest recesses of the frame to showcase better shadow detail and more intense but also more nuanced black levels. Peak brightness affords the daytime sequences that added pop too, as Spidey swings across the bright blue sky. It's a glorious video presentation, and whilst some may prefer the filmic style of the shot-on-film predecessors, it's hard to fault this native 4K digitally sourced image.

The accompanying immersive HD audio Dolby Atmos track is founded upon an already outstanding Dolby TrueHD 7.1 core which delivers the key elements - dialogue, effects and score - with precision and punch. It's demo and reference through and through, a surefire excuse to show off your equipment, and up there with the better superhero movie soundtracks showcased by the format.

Whilst dialogue is afforded room to breathe, dominating the frontal array where necessary and rising above the maelstrom, and the buzzing, suitably thematic score (for what its worth, whilst not as distinctive as the Elfman scores, Horner's work here is impressive in its own right) keeping the surrounds and rears active throughout the proceedings, energising the action sequences and adding fuel to the fire of the more dramatic beats but it's the effects that are the most noteworthy. The track picks up every tiny detail (best exemplified by the sequence where Peter's heightened senses similarly enhance every single sound, right down to the 'footsteps' of a spider) and allows for impressive environmental nuances to bring the scenes to life even when there's no action in sight. Atmospherics are expertly handled, but you're never going to want more than what the action scenes have to deliver, with exquisite sound design affording the bigger set-pieces discrete focus and sheer bombast at the same time. It's an excellent track, up there with the best of them.

Although the standalone Ultra HD Blu-ray releases of The Amazing Spider-Man and its sequel neither port any extras over to the Ultra HD Blu-ray discs themselves, nor include the further bonus disc available in the set, although they do include the Blu-ray copies of the movies, complete with fairly packed extra features that fans will likely already be mostly familiar with, but for a few new welcome additions.


Packed with plenty of extra features

For The Amazing Spider-Man, the extras include an Audio Commentary headlined by director Marc Webb, four solid new featurettes covering the webslinger himself, with plenty of background info, and notes about Garfield's casting; the villain chosen - the Lizard - and the parallel arc it offered; the Stunts; and an overview Behind the Scenes Featurette which is a little fluffy and light. There's also a bevvy of newly included Trailers, whilst the disc ports over the previously available Deleted Scenes and VFX reels. Clearly there are a few missing elements from the previous Blu-ray release, so fans may want to hold on to their old discs for those, although the more frustrating part will be dealing with the missing features only available in the Legacy sets which, in the case of The Amazing Spider-Man, is thankfully mainly just a 10 minute Featurette focusing on Stan Lee. The Amazing Spider-Man comes to Ultra HD Blu-ray in a standalone guise that loses the bonus disc available on the Legacy set, but you're not missing out on much and you still get reference video and audio and a great reboot effort which could have been the start of a fantastic new franchise were it not for the bloated, abortive sequel.