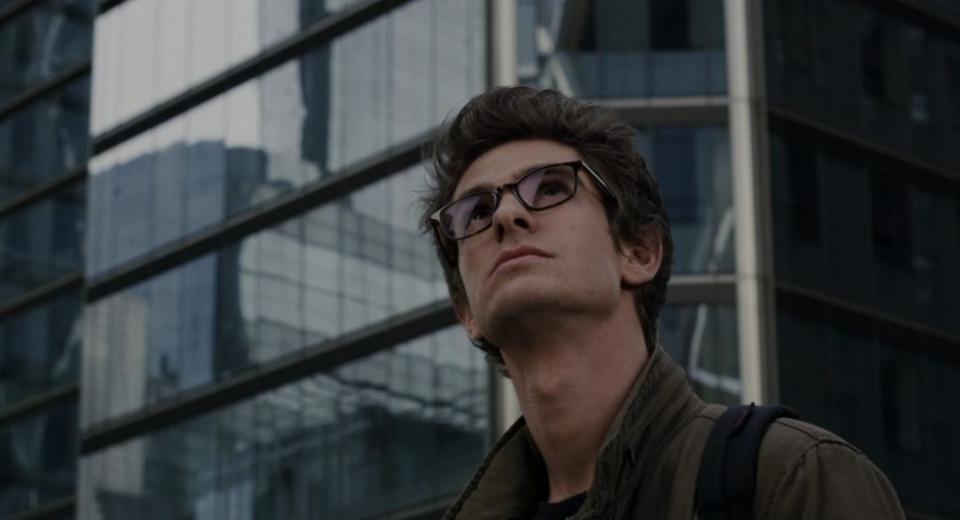 The Amazing Spider-Man comes to UK Region Free Blu-ray complete with a very-good-but-not-quite-great 3D presentation which offers up a few nice standout moments, some impressively captured showy sequences and an overall sense of general immersive involvement, even if it’s far from as good as you would have expected or hoped it to be.

Scenes involving crowds offer up some nice distance separation, with distinct distances between fore- and background established – initially these come at the school, perhaps hitting a high point with the basketball sequence – but unfortunately the characters within are not given quite the roundedness that comes with the best-captured 3D imaging. Indeed large swathes of the film pass without anything particularly standout in the 3D department, although there is a more immersive feel to the film, which is arguably what 3D is designed to provide – not just the screen-popping gimmicks that many viewers are spoiled by. Unfortunately even this immersion comes at a price, as the film is noticeably (and expectedly) darker in 3D. It’s certainly here where the shadows could have been used to further the 3D effect, but they miss a trick by not tailoring them in such a way.

Things get considerably better when Spider-Man appears, as he is perhaps the best-rounded (and maybe even the only fully-rounded) character in the film; no surprise that he’s largely 3D then! Spider-Man positively comes to life in 3D and many of his stunts and action set-pieces also look fantastic, with only the faster fights being simply too fast to allow the brain to catch up with the 3D, rendering it more ineffective. For standout sequences, the jump-swings and crane shots look spectacular, and totally hit the mark in that respect. With no crosstalk we’re talking good 3D here – not demo-quality – but pretty good for a live-action production nonetheless.

The film is of course presented in 1080p High Definition in its original theatrical aspect ratio of 2.4:1 widescreen (there is an argument that 3D isn’t quite as effective in this broader scope), and the rest of the video presentation is stunning, with rich strong colours dominating the piece and striking out in Spidey’s red and blue costume (none of the garish flag-waving-tones, this is deep, dark red and blue we’re talking about). Detail is outstanding throughout, reference quality through and through – you can see shops using this disc, in its 2D form at least, as demo material over the Christmas period.

An integral part of this movie experience The Amazing Spider-Man’s lossless DTS-HD Master Audio 5.1 track is a stomping, rousing, grand-standing and exhilarating accompaniment to the main feature, hitting precisely the right note in almost every sequences – big or small – and enhancing the film no end. Dialogue comes across clearly and coherently throughout the proceedings, mainly from across the frontal array, although some of the more crowd-based sequences, which boast bustling City streets, allow the surrounds to come into play. Effects are myriad, and are precisely observed from the subtle, ambient atmospherics through to the louder action set-pieces. Everything from the spurt of Spidey’s web-shooter to the smacking sounds of Spidey clinging to walls and ceilings; from the thunderous car-throwing, bridge shaking first encounter with The Lizard through to the climactic race-across-the-cranes and the ensuing final confrontation which sees toppling structures crashing down all around – the surrounds get a strong workout, directionality is frequently evident, and the LFE channel has a persistently warm undercurrent input. Blending clinical depiction of the more subtle elements with boisterous rendition of the more action-packed moments, all set against an atmospheric environmental background of keenly-observed ambience – from the pitter-patter of rain to the bustling of crowded streets and incessant traffic – this mix is one of the best that I have come across thus far this year. Reference quality through and through.

Unlike its 4-disc US counterpart, the UK release is only 2 discs and yet – barring the loss of the DVD copy – appears to cram everything in on those two Blu-rays without any discernible losses in terms of quality or quantity.

Director Marc Webb and Producers Avi Arad and Matt Tomlach discuss what they brought to this reboot, the differences and similarities with their take on the origin story; the key story-arcs and the underlying tragedies that define the characters; the casting choices and what each actor brought to the production; as well as the difficulties in rebooting a franchise so swiftly and where they wanted to go with this new entry. A decent accompaniment, and arguably more easily digested than the mammoth but comprehensive Documentary on Disc 2.

Here the director gives us a brief 6-minute introduction to 3D, explaining what it takes to shoot a film in 3D, whilst providing us with key examples from the film, which he discusses in turn.

This 3-minute snippet showcases a selection of 3D snippets from the movie, detailing the effects used to make them come to life, with commentary by the Additional Animation Supervisor David Schaub.

This whopping near-two-hour Documentary is split into seven slightly more manageable parts – The Drawing Board: Development and Direction; Friends and Enemies: Casting; Second Skins: Spidey Suit and The Lizard; Spidey Goes West: Production – Los Angeles; Safe Haven: Production – Sony Studios; Bright Lights, Big City: Production – New York; The Greatest Responsibility: Post-Production and Release; Iconic Poses and Digital Environments – 3D Image Progression Reel (as above). Pretty-much all the core topics are covered in detailing the production, with this comprehensive documentary charting the pre-production work done to bring Spidey back to his comic-book roots and to tie his character arc in with that of his nemesis; looking at the choice of director and casting decisions; the visual effects needed to bring Spidey and The Lizard to life; the filming of key sequences; the editing and post-production work, and the marketing machine in full force. Pretty-much anything and everything you could want to know about the making of this Spider-Man reboot is included here.

Here we get a whole 17 minutes of extra footage, split into 11 various Deleted, Alternate and Extended Scenes, including a slightly tweaked version of the Uncle Ben climax (it’s clear that they didn’t quite know how to pull this one off); considerably more dialogue between Parker and Connors, including an extra beginning and end for the attack at the school (it’s also clear that they had two ways of managing the Connors/Parker story development); and a few other character beats. Nothing spectacular, but enough to give you an idea as to the alternative directions they could have taken the story, for better or worse.

Forty minutes of storyboards and animated effects sequences in various stages of visualisation here, including the majority of the key effects moments from the film, from the Subway fight to the Bridge scene, the Sewer hunt to the Tower-top finale.

Here we get a huge number of stills from the production, split into three broad categories: Spider-Man, The Lizard and Environments.

This section further examines the effects progression, looking at the key all-digital sequences in greater detail, and offering up a selection of noteworthy moments with breakdowns of the effects progression, each coming with individual commentaries by the relevant effects supervisors. Again, the Iconic Poses and Digital Environments segment is replicated here.

Here we get 12 minutes of raw footage of the stunt-work done on the movie, with a background look at the preparation required for all the key action scenes.

The second disc is rounded out with a short 4-minute look at the tie-in videogame.

Undoubtedly it was too soon for a Spider-Man reboot, coming across as just plain disrespectful towards the largely well-received and very financially successful efforts of Sam Raimi just a few years ago. If you can get past the insult, however, The Amazing Spider-Man is actually a remarkably good reboot, truer to the comic lore in some respects, and more frivolous in others, but always competent in its provision of a fresh and engaging origin tale for our favourite web-slinger. Garfield’s Parker may be less earnest, but he’s much funnier, and more fun; The Lizard may never be able to compete with Dr. Octopus, but he’s capably brought to life as a suitable first nemesis; and the action sequences come fast and furious, exciting and entertaining in every way. Indeed, after a couple of sequels this may well be regarded as the definitive Spider-Man interpretation. I’m sure many will continue to resist getting on this particular band-wagon purely out of loyalty to Raimi and an irrepressible sense of déjà vu, but, if you do decide to make the leap, you won’t be disappointed.

On Region Free UK Blu-ray we get impressive 2D video and frequently immersive 3D, as well as demo quality audio; the extras are just about as comprehensive as they get – split across two discs – and, for fans of the film, this is a no-brainer must-have purchase. Newcomers could do far worse than give this new Spider-Man a shot. If not a blind buy – which is arguably recommended for anybody who likes a good comic-book superhero movie – then this is certainly deserving of a rental.