Why didn't they learn three's a crowd from Spider-Man 3? 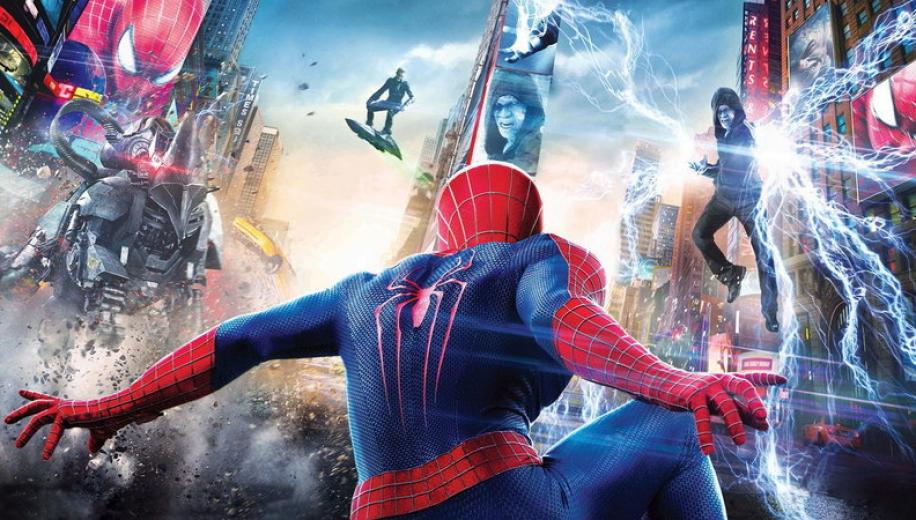 As with the problems that befell Sam Raimi's Spiderman 3, this abortive sequel killed the franchise again, with too many villains and too many endings for its own good.

There were many memorable elements in The Amazing Spider-Man reboot, not least thanks to the evident chemistry between the great leads Andrew Garfield and Emma Stone, however the villain was the weakest element, and the sequel tripled-down on this with an unnecessary trio of weak villains where what the reboot franchise really needed was another strong Doctor Octopus. Jamie Foxx's painfully inept nerd-turned-Electro allowed for some nifty effects but little more, whilst Dane DeHaan trod in familiar Goblin footsteps that we'd already encountered before, and Paul Giamatti's Rhino was just the straw that broke the sequel's back.
The focal arc should have been Garfield/Stone/DeHaan, and it was more than enough for a strong sequel, with the tragic events in the up-and-down relationship devastating our webslinging hero. Yet even there the film goes one step too far, with an extended epilogue that belittles the events that preceded it (not wholly unlike cramming too much into The Dark Knight Rises), and should have been left for a further movie, even if that could have left fans disappointed given they never made one. It's tough to see a second Spider-Man franchise go off the rails so swiftly after the first, and not learn from its predecessor's mistakes.

After Raimi's trilogy, the Webb films are quite visually distinctive, although The Amazing Spider-Man 2 was shot on 35mm film, and benefits from rare 4K Digital Intermediates courtesy of the prep work already done for the recent Mastered in 4K Blu-ray releases (and notwithstanding some measure of doubt as to whether the VFX were actually rendered in 4K), leaving the native 4K image oftentimes impeccable and resolutely demo worthy and, in the case of Webb's sequel, some of the best looking 4K material out there.


Some of the best looking 4K material out there

Following suit from the stunning Ultra HD Blu-ray release of The Amazing Spider-Man, the sequel - if it is even possible - actually manages to subtly improve upon its predecessor, possibly due to the bigger budget and even more grand special effects and action setpieces, which are rendered here with aplomb. Detail is excellent throughout - immaculate - affording outstanding textures and intricate nuances on close-ups, revealing skin textures, hair strands and clothing and costume subtleties, whilst the broader sequences pop with fine object work. HDR gives the shadows a new lease of life, bringing more depth to the image and rendering more shadow detail, particularly when the sparks fly at night, whilst WCG enhances the electric blues of Electro, shooting eye-searing bolts across the screen which dazzle with the kind of depth and intensity that makes you long forget the film is not in 3D. The palette is strong and vibrant, and WCG enhances it no end. It's a reference presentation, through and through.

As with the first reboot film, The Amazing Spider-Man 2's accompanying immersive High Definition audio Dolby Atmos track is founded upon an already outstanding Dolby TrueHD 7.1 core which affords you plenty of demo material to show off your sound system.

Dialogue remains firmly prioritised across the fronts and centre channels, delivered with clarity and coherence throughout, whilst the score - delivered this time around by Hans Zimmer (and friends), taking over from Horner and cranking up the volume in the process - offers a boisterous backdrop that ignites the soundstage and provides an engulfing, immersive accompaniment to the proceedings. Of course it's the effects array that truly stands out, enveloping you with discrete atmospheric elements both on the small scale and in terms of more bombastic fury, with the film's key setpieces making the most of the dynamics. Spidey's numerous dazzling dust-offs with Electro remain the highlight, as the track crackles and sparks with suitably electric intensity, whilst explosions and rumbles from beneath are grounded with LFE weight. It's another tremendous reference track.

Although the standalone Ultra HD Blu-ray releases of The Amazing Spider-Man and its sequel neither port any extras over to the Ultra HD Blu-ray discs themselves, nor include the further bonus disc available in the set, they do include the Blu-ray copies of the movies, complete with fairly decent extra features that fans will likely already be mostly familiar with, but for a few new welcome additions.


A decent set of extras

For The Amazing Spider-Man 2 we get a Commentary from the writers and producers, some Deleted Scenes and a Music Video and the new addition of a bunch of Trailers. Indeed we're missing more than we're gaining in terms of the additional bonus disc, which offers some 8 new Featurettes that are not available on this standalone release. Again, you'll want to hold on to your original Blu-ray if you want the extras from that set. It's tough to see a second Spider-Man franchise go off the rails so swiftly after the first, and not learn from its predecessor's mistakes

The Amazing Spider-Man 2 comes to Ultra HD Blu-ray in a standalone guise that loses the bonus disc available on the Legacy set, losing a whole host of new Featurettes that are exclusive to that set. Still, you do get reference video and audio for this abortive sequel.