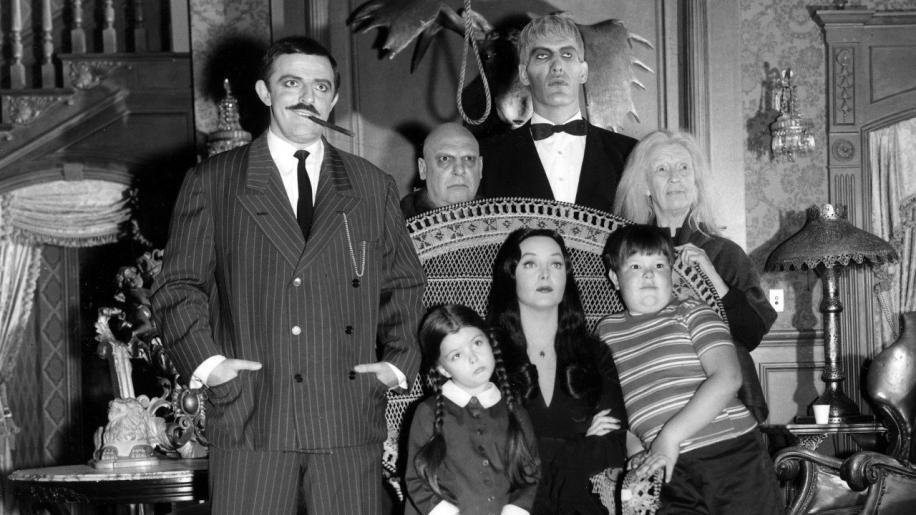 Given the age of the original material, the DVD transfer is remarkably good. This is no doubt largely due to the highly controlled environment of the TV studio in which it was filmed. Light levels and contrast are consistent and well balanced throughout which must make the job of encoding much easier. But realistically, you could watch these disks on the black and white portable TV in your back room and extract just as much information as if you'd powered up your SIM2 Domino projector.

One interesting point revealed by Steve Cox in his commentary is how many TV shows from the same period were being broadcast in colour. Apparently a switch to colour was considered during the creation of series two, but rejected. The show was cancelled before a third series was made.

The picture score takes into account the obvious limitations of black and white source material. The mono soundtrack is the weakest aspect of this disk set. Original dialogue is clear, not surprisingly from a recording studio production, but sibilance is a real issue. It's doubtful anyone purchasing this disk set will care a jot, though. Fortunately, new material recorded for the extras is free of such problems. The extras vary from the genuinely informative to the largely trivial, but all are presented in a humorous and appropriately 'grave' style. The impression given is that someone cares about the material. There is just enough here to satisfy real fans and sufficient humour to engage the more casual viewer.

Two extracts from episodes 'Thing is Missing' and 'My Son, the Chimp' with, ahem, 'commentary' by Thing and Cousin Itt. Novelty item.

Commentary for 'Morticia Meets Royalty' by Steve Cox, author of the Addams Chronicles. Mr Cox is an absolute mine of information on the series. He barely pauses for breath during the entire episode and reveals some fascinating facts about the show, the cast and even the backgrounds of the guest stars. Did you know Rings actor Sean Astin is the son of Gomez (John Astin)? Neither did I.

Tombstone Trivia on 'Morticia's Romance (Part 1)'. This episode is shown with boxed trivia facts that appear every few seconds at the bottom of the screen. E.g. catchy theme tune composer Vic Mizzy also sings the song. (You never know when this stuff might come up in a pub quiz. Get to it!)

Disk 3:
Mad About the Addams. Gomez actor John Astin and a selection of Addams Family fans discuss what the show means to them and what might account for its continued popularity. The answers are surprisingly thoughtful.

Guest Star Séance. Short (less than a minute) clips on an assortment of now departed actors who made guest appearances in the show. Done in the manner of a séance, this is quite an imaginative way of compiling the material, but it sorely needs a play all option so you can actually put the remote control down. Includes Milton Frome, Parley Baer, Vito Scotti and several other people you've never heard of unless you are a TV archivist. It's difficult to guess who will find this title appealing enough to buy it. Not home cinema aficionados, as this is as basic an audio-visual experience as you are likely to find on DVD. Fans of the show from its original airing are the folk most likely to appreciate the comedy, but would be in their fifties now at least. This is an age group (I would hazard a guess) not renowned for serious DVD consumption. At best, this is a specialist title for TV show completists who can't stand the thought of that gap on their shelves.

Where once they were creepy, kooky, mysterious and spooky, now they are simply quaint and rather tame.