Leon by way of Rain Man 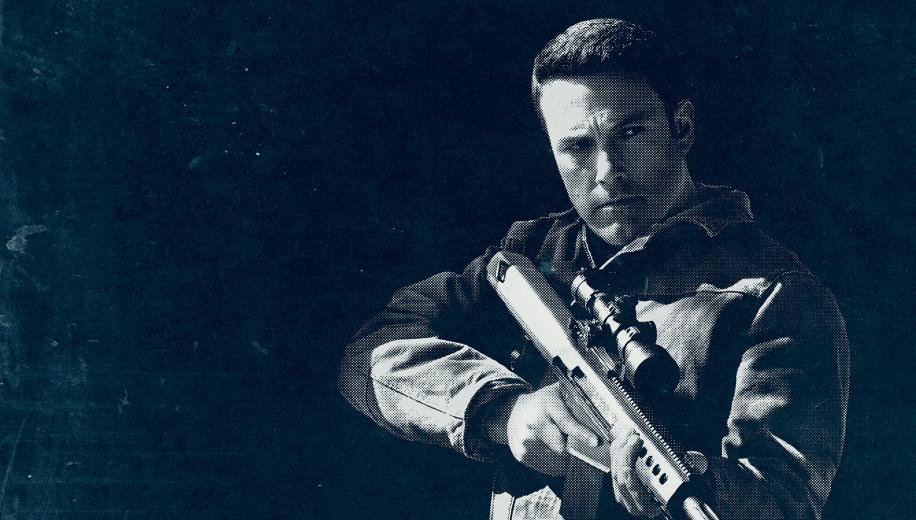 For better or worse, The Accountant adds an atypical 'autism' slant to Ben Affleck's anti-hero assassin action-adventure, and the end result is certainly different.

Mixing genres/disparate ideas like this is both audacious and ill-advised, but director Gavin O'Connor's desire to differentiate his otherwise fairly familiar assassin-goes-on-the-run-with-unlikely-innocent-companion tale is a perfectly reasonable one. As is the notion, however unrealistic, that Hollywood should portray autism spectrum characteristics with that rare cliched Rain Man edge, i.e. with a high-functioning but socially-awkward bent. For the most part, O'Connor actually makes it work, though, with Affleck on fine form as an socially awkward, emotionally distant 'accountant' who not only specialises in uncovering internal breaches in criminal organisations but also happens to be a highly trained killing machine. And it's not like movie killers like Leon were ever posited as being emblematic of neurotypical characteristics, so in some respects O'Connor is merely giving a label to the character's otherwise familiar cold-and-aloof behaviour.
Clearly, however, The Accountant works best during its striking, distinctive action beats, with O'Connor's Warrior MMA love (and brotherly love/conflict) on full display here in the ground-fighting and hand-to-hand skirmishes, and with the addition of a couple of nice post-John Wick high calibre gun battles peppered across the piece. Still, it's important to remember that it's not an action film per se, instead just as - if not more - interested in the curious character's day job and what brought him to where he was. Told through a series of flashbacks, it's here that O'Connor strives to find anything new to say, telegraphing the roles of the likes of Anna Kendrick, Jon Bernthal, J.K. Simmons and John Lithgow in ways that he really shouldn't have. The actors are great, but their characters are nothing new. There are plenty of interesting ideas put in the mix here, and whilst they don't always gel together, The Accountant still makes for an engaging whole.

Shot in 35mm, whilst the source material may have been capable of a higher resolution, the 2K Digital Intermediate limits it at just that, leaving it - at least in terms of technical specs - only a subtle upgrade over the 1080p Blu-ray counterpart. Nevertheless there is a sharper, brighter, clearer look to the piece, albeit only in subtle terms, shining better in the boardrooms and glass room accounting montage, and picking up some finer detail on longer shots in the wide open fields, but not really standing head and shoulders above its sibling.


Nothing wildly impressive or standout in comparison to the Blu-ray

As is normal, it's in the use of the High Dynamic Range (HDR) and Wide Colour Gamut (WCG) that Ultra HD Blu-rays generally really distinguish themselves, visually, from their standard Blu-ray counterparts, with plenty that show a vast difference through proper implementation of these tools, whilst others display a subtle difference and arguably remain more faithful to the original look of the film. The Accountant falls closer towards the latter than the former, with higher peak whites and deeper, richer blacks that benefit certain sequences - again, the accounting montage is a curious highlight - and an overall shift in brightness and colour depth, but nothing wildly impressive or standout in comparison to the Blu-ray counterpart. It is extremely faithful to the source style, and is a picture that's hard to technically fault, but few will use it to show off the capabilities of their kit.

The accompanying DTS-HD Master Audio 7.1 track is a thoroughly immersive, impressive track that delivers not only in terms of action scene bombast but also small scale potency, reveling in nuance and atmospherics as it does in its delivery of 50 calibre shells across your living room.

Dialogue rises above the rest of it, coming through clearly from, predominately, the frontal array, whilst the broody, atypical score - which is distinctive and, for the most part, avoids being the kind of generic and unmemorable offering that would normally accompanying an action-thriller of this ilk - is afforded room to breathe across the array, establishing itself as a warm backdrop for the remaining elements to be played out against.


There's plenty of demo oomph to the soundtrack

There are a few song tracks - the titular accountant plays some extremely loud metal when trying to wind down - that ignite the array but for the most part it's the effects that standout, not least the lead character's signature weapon, a Barrett sniper rifle, which practically punches holes through entire buildings, booming across the soundstage and decimating your living room in the process. It carries palpable LFE weight, and whilst we hear plenty of assault rifles and handguns - silenced and otherwise - it's the Barrett that sets the benchmark. Even without the benefit of Dolby Atmos, there's plenty of demo oomph here.

Once again, the extra features remain accessible only on the accompanying Blu-ray disc, although thankfully this shouldn't affect region restricted fans because the disc is not locked.


The trio of Featurettes are far from the usual EPK fluff

A trio of Featurettes, each running around the 10 minute mark, make for the entirety of the extra features, with an overview in Inside Man, a look at the autistic elements in Behavioural Science, and a look at the fighting in The Accountant in Action. They're nice offerings, not exactly comprehensive, but with solid contributions from the main players - including the Director, Screenwriter and lead Actor - they're still far from the usual EPK fluff. Certainly it's easy to see why some may write off The Accountant's somewhat audacious attempt to basically take the plot of your average 90s Seagal movie, inject Rain Man high-functioning autism traits into the lead character and further throw in some complicated sibling childhood (a la director Gavin O'Connor's earlier film, Warrior) flashbacks for good measure. The mix shouldn't work, and doesn't always, but, for some, there's actually lots here to enjoy, putting a different spin on the cliched elements and rounding out the package with a strong lead performance from Affleck and some limited, but still effective John Wick-esque action beats. Indeed, with the surprise Box Office success, one has to wonder whether this might be the start of a new franchise.


There's plenty of interesting ideas here, even if they don't always gel together

Warner's US Ultra HD Blu-ray release of The Accountant doesn't do a great deal visually to separate itself from its Blu-ray counterpart, but perhaps it's simply not the right material to shine with, and it remains eminently faithful to the original source material. The impressive audio and solid extras remain identical to the BD, though, leaving fans wondering whether or not to consider an upgrade. Either way, the film itself is certainly worth checking out.