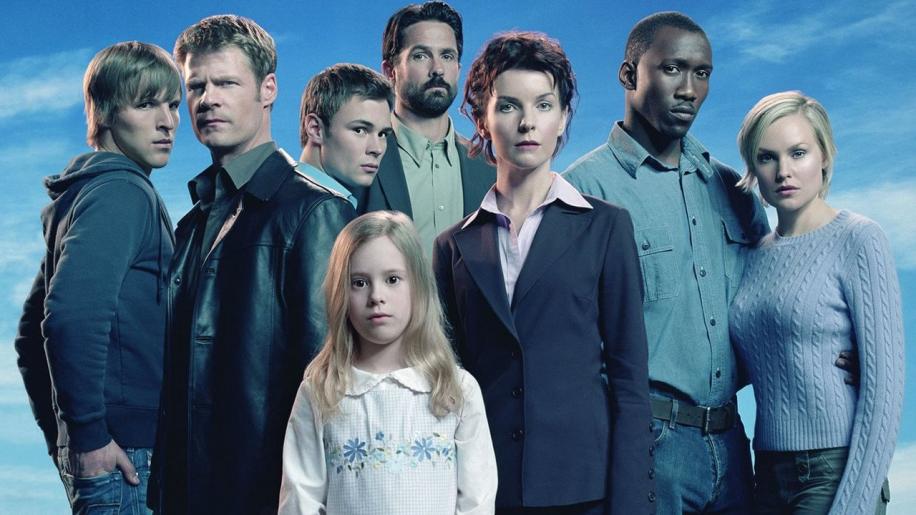 The discs are given a broadcast correct 1.78:1 aspect that has been anamorphically enhanced for widescreen TV's. The series was shot entirely on Hi def video, not film, not that you'd know, the detail is quite outstanding, there are edges in the distance and not a sign of the contrast boosting that is a common side effect (see 28 Days Later) of this type of filming. Colours are natural including skin tones with a brightness and contrast level set to give a decent array of blacks. There is good depth to the picture, only occasionally do the blacks wander slightly towards the grey. Digitally I spotted a little posterisation, but very minor, otherwise a clean bill of health, edge enhancement was only evident in very few places. The source material obviously negates damage or grain making for a pristine clean picture. As a whole a very pleasing result, still manages to stay within the confines of its TV origins and doesn't have the lustre associated with top scores, but impressive non the less. There are two English tracks to choose from, both Dolby Digital, a 5.1 and a 2.0 surround, and to be honest there isn't really much between them being as they both concentrate on the frontal array. The 5.1 track does have the better separation and wider effects, but both have very underused rear speakers. Both are equally poor in range, centred, as they are, in the middle with hardly any bass to speak of. There are one or two LF effects, but principally the sub has an easy life. Now I realise this makes the tracks sound bad, they are not, but they could have been so much more, as it stands they are functional and audible without distortion or hiss. Stereo effects are very limited and surround is pretty non existent, but they get the audio across in an enjoyable enough fashion. There are audio commentaries with Jacqueline McKenzie, Joel Gretsch, Craig Sweeny (writer) and Ira Steven Behr (executive producer) on episodes As Fate Would Have It (disc 2), The Fifth Page (disc 3) and Mommy's Bosses (disc 4). During the brief scan of these commentaries I felt there was plenty of information to be gathered, there is a genuine rapport between the group and there is much discussed outside of the episode in question making for an engaging and entertaining listen. Of course it helps that the episodes chosen for commentary are the best of the season.

Next up is Creating the Ball of light, in which creator Scott Peters and the producers from the cable network discuss the genesis and evolution of the original series. It is extremely brief, but there are one or two moments of interest (Fox turned it down) as well as a genuine affection for the series shown by all concerned with its creation. The interviews are set to a back drop of film material from both first and second seasons.

Following directly on, even continuing some of the same interviews, is Return of the 4400, and discussed the second season, only this time we get to hear from some of the actors as they discuss their characters as well. Again extremely brief, hardly time to get your teeth into before it's over, a little too much film material for my liking, but all have something interesting to say, quick though that is. At least we get to know why Bill Campbell only made it for half a season.

Finally there is the Stitch in Time featurette, all about the concept of time travel, interviews are conducted with various physicists, most of whom are recognisable from other science based fiction stories (Star Trek etc). I actually quite enjoyed this feature, something a little different, rather a tenuous link to the 4400 I'll grant, but it is book ended by Scott Peters to tie it together. This second season is an improvement upon the hugely successful first season, with stronger performances and a script to match, not quite compulsive viewing, but a damn near thing. As a DVD the package it is pretty good, a superb picture is slightly let down by a merely ok sound track and again by some rather drab and brief extras, but the series is strong enough to out way these small short comings. Enjoy.