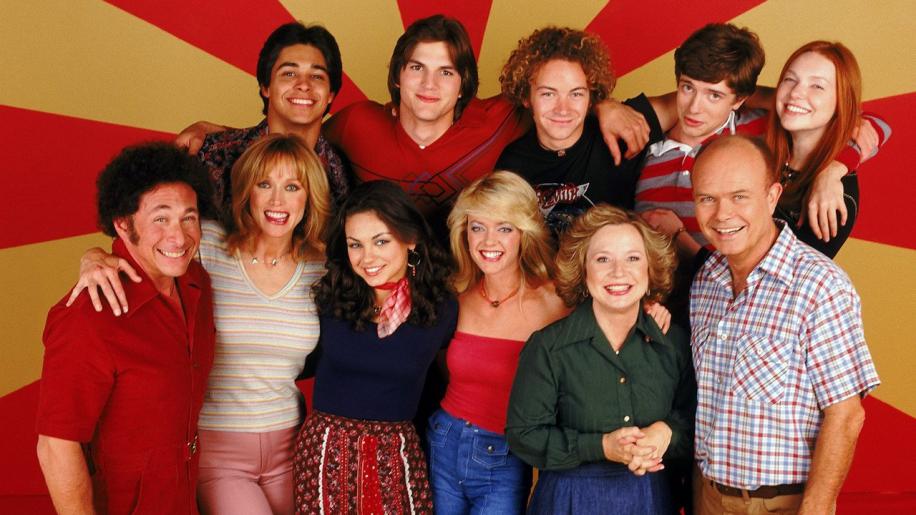 Well there's nothing particularly special here, but then it is a TV show - so there's no surprise it's not a reference quality disk. I noticed a couple of strange artefacts appearing, but they weren't too distracting. Colours are bright and vivid, no surprise due to the 70's there, with flesh tones being accurate. There was some graininess to the image, akin to the Buffy releases from Fox, so you've got a guideline as to what I mean. There is also a slight haloing to the image as well, but again, the source is a TV show, so it's perfectly functional but that's about it. Although it's marked as Dolby Digital 2.0 which usually decodes to standard stereo, this one flagged decoded as Pro-Logic, which surprised me. The mix therefore was very much focused on the centre channel, so although the sound was clear, I preferred manually setting it to the stereo mix, as it sounded better to my ears. The dialogue is clear and crisp, with the music sounding fine and at no point drowning the dialogue out. Again, it's a TV show, so it's functional but that's about it. All the extras can be found on the fourth disk. Starting off with “Hello Wisconsin!” which is a 17 minute featurette looking back at season 1. It's not very informative, unless you of course didn't realise that this was a show set in the 70's, but it does give the principals time to explain their characters and so on. Watching it once only is enough really. Promo~palooza is exactly what it says it is, a load of promos for the show, which lasts for 4 minutes. The only really good thing about it is that it doesn't last longer. Finally, That 70's Trivia show is a 2 minute long “Trivia” extra, which may ask random questions - but I could only see the same clip over and over. Not as good as other shows extras to be honest. Well if you're a fan of the show, here's the first season and I'm sure it will bring back nostalgic memories. However, personally, I found that while it wasn't a total loss, it isn't particularly funny. Maybe because it's the first season, it needed a warm up season or 2, similar to Buffy or The Simpsons which both didn't hit their stride on the first season. The show does hold some charm, if only for the fact it makes you aware of some of the more hideous fashion statements that were made. At least the set is a cheapish one compared to Buffy/Angel and the X-Files. Fans should pick it up, others may want to watch a few episodes on the box first before committing.