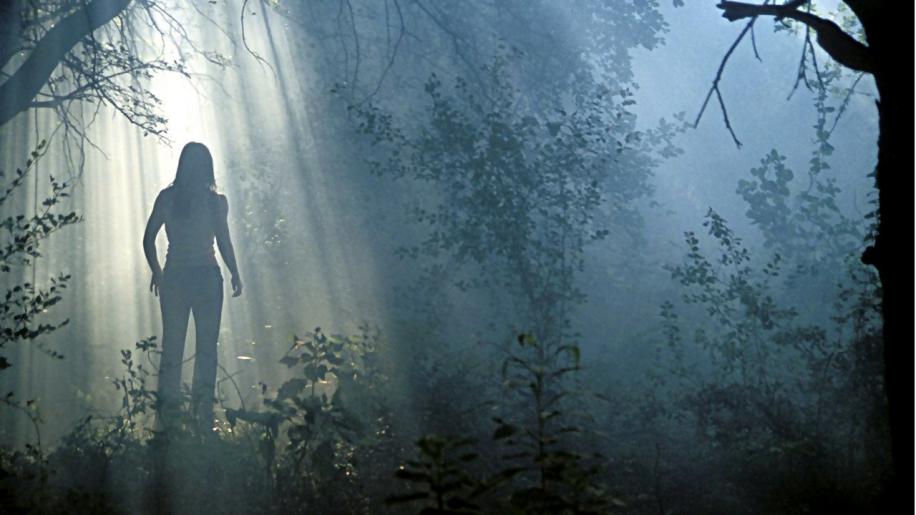 The image is framed at 1.85:1 and overall this is a very nice transfer. Detail levels are high with the many dark, menacing scenes being mainly free of video noise. There is a touch of grain here and there, but this seems as though it has been done deliberately and serves to enhance the feeling of horror. Edge enhancement has been applied at times, but for the most part the image is natural looking and very clean. With both Dolby Digital EX 448Kbps and DTS ES 768Kbps tracks being included I hoped for something special... and I wasn't disappointed. Although not the smoothest sounding soundtrack, what we have here is most definitely enveloping. Engage your rear speaker(s), sit back, do your best to relax (although you will fail) and you'll be in for a sonic tour de force! Just remember that this is no dialogue driven historical drama - this is horror... pure and simple, so your amp should be turned up as close to reference levels as the neighbours allow in order for you to experience some jolting, stomach-wrenching moments - beware involuntary muscular spasms.

Comparing the rival formats I found that on this occasion I preferred the DTS track as it not only opened out the soundstage, but it took my sub to deeper levels than the Dolby Digital track could muster - and this is one movie where the deeper the bass, the deeper the fear. However, there is a price to pay it seems - I noticed early in the movie, at both 00:04:33 and 00:05:32 for example, a couple of instances of dropout in the DTS track. These dropouts did not occur in the Dolby track. Disc one includes the movie and three audio commentaries dealing with production, story and technical aspects of the movie. There are a multitude of people involved in each commentary including director Marcus Nispel, Producer Michael Bay and Actors Jessica Biel, Eric Balfour and many, many more. Audio Essay No.3, which deals with the story of The Texas Chainsaw Massacre was by far the most interesting for me. It is a shame that all three commentaries have each participant's name being read aloud before they speak which creates a somewhat stilted and uneven listening experience. Having said that, there is a good four and a half hours worth of insight into practically every aspect of the movie-making experience.

Also included on disc one is an Interactual DVD player program which enables access to the DVD Rom material, including Script To Screen, where you can watch the movie synchronised to the screenplay; a storyboard viewer (requiring disc 2); access to an original web site with masses of info about the movie and all the characters involved; access to newline.com and something titled Hot Spot - I wasn't able to access this feature.

Under the heading of “Production” disc two has deleted scenes, including an alternative opening sequence and ending; screen tests (my personal favourite); Chainsaw Redux: Making A Massacre - an hour and sixteen minutes long documentary with some revealing facts about the new movie; and finally a couple of picture galleries.

Ed Gein: The Ghoul Of Plainville - a 24 minute documentary about the real figure that inspired the movie.

Publicity And Promotion has a couple of trailers, TV spots and a music video.

It would take anybody interested in this movie a weekend of solid viewing to get through everything here - I really enjoyed these extras! Please excuse the pun, but this is one DVD release where the sum of the parts exceeds its total - with a great looking image, a couple of audio tracks that will make your heart palpitate, some fantastic extras and DVD packaging that is a collector's dream with a metal faceplate and Evidence Photo cards. This New Line Platinum Series edition of The Texas Chainsaw Massacre will definitely be finding its way into my collection. Oh, and I almost forgot - the movie itself is horrifyingly good. Recommended.