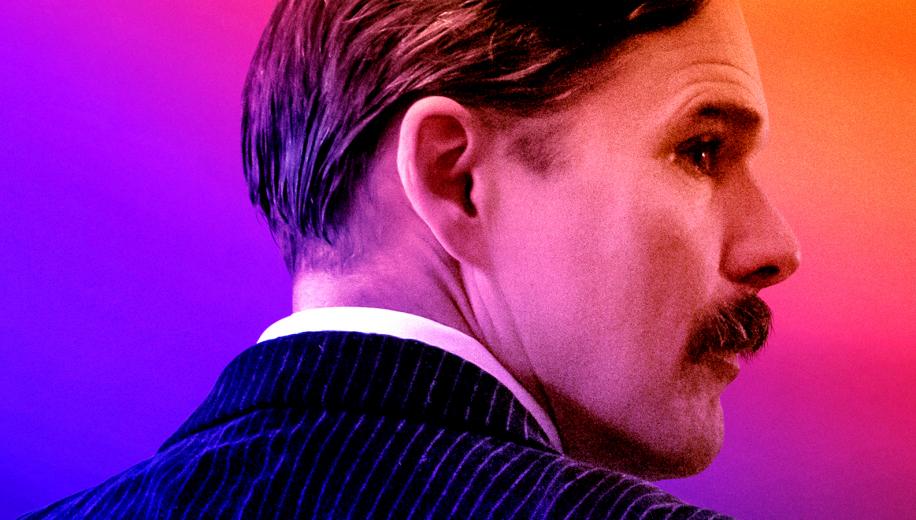 Proving that the mystery is probably more compelling than the facts, Ethan Hawke's turn as Tesla showcases a committed performance but little else.

In Christopher Nolan's The Prestige, a perfectly-cast and supremely, innately, enigmatic David Bowie superbly brought the mysterious inventor Nikola Tesla to brief life in what was little more than a majestic cameo appearance. And it was really all you needed, highlighting the brilliant man's imaginative innovations with a few memorable sequences involving a field of lightbulbs which were seemingly powered by the very Earth itself, and marvellous visualisations of his trademark Tesla Coil. For Nolan, he was more than a mere inventor; he was a magician.

For writer/director Michael Almereyda, who previously partnered with both his Tesla stars Ethan Hawke and Kyle MacLachlan on a contemporary adaptation of Hamlet, the story is considerably more tragic than that, charting a life of failed experiments, abortive projects and ideas that simply didn't materialise into real world application. It's a valid stance - Tesla may have been fundamental to the expansion of Alternating Current during the fabled "Current Wars" but some of his more innovative projects (global wireless communication in particular) never fully translated into viable working products - but it's also a perpetually dour one, summing the inventor up in footnotes on a seemingly narrated eulogy without ever bringing life to this veritably electric magician.

There is simply no magic here

In the late 19th Century, the largely self-taught Serbian inventor Nikola Tesla struggles to find his footing in New York City, stifled by his work for the illustrious Direct Current proponent, Thomas Edison - who refuses to believe there is a future to Alternating Current - before becoming fundamental to the success of AC in the Current Wars through his later work with George Westinghouse. Romantically circling the daughter of millionaire J.P. Morgan, he finds an opportunity to finally realise his dream projects, but will his obsession with his work be his ultimate downfall?

Almereyda, who recently crafted the flawed but imaginative sci-fi Marjorie Prime, has actually been working on a Tesla project for most of his career - it was his first screenplay, optioned for somebody else to direct; an option which was never taken. Returning to it decades later, and with the experience of a number of features, he appears at once torn between his original intentions, all those years back, and more current ideas - and styles - the two of which not always making for ideal bedfellows.

For starters, Almereyda has fashioned what appears, at times, to be little more than one of those True History documentaries - the ones where real photos and historical interviews are inter spliced with actors reenacting key moments in the subject's life. It's a stylistic choice, for sure, but not a good one by any measure, often taking you right out of the piece as Hawke and his co-stars wander around in front of old black and white pictures from the era, as if merely standing in front of them put them inside the moment. It doesn't. And it makes the feature look every bit of the $200 it cost to make.

It's undeniably a joy to watch both Hawke and MacLachlan - a rare one for a decent juicy role these days - do their thing, but even they are not enough to turn nothing into something, with this particularly tale of Tesla's life of un-achievements a painfully tedious ride, borderline pretentious at times, merely shining a spotlight on aspects that the enigma of this great inventor simply didn't need brought out of the shadows.

There's some irony in the fact that, watching something like The Prestige, you'd have probably lapped up the very prospect of a spin-off entirely focussed on Bowie's enigmatic Tesla. But that's ultimately Almereyda's biggest and most unforgivable mistake - there is simply no magic here.