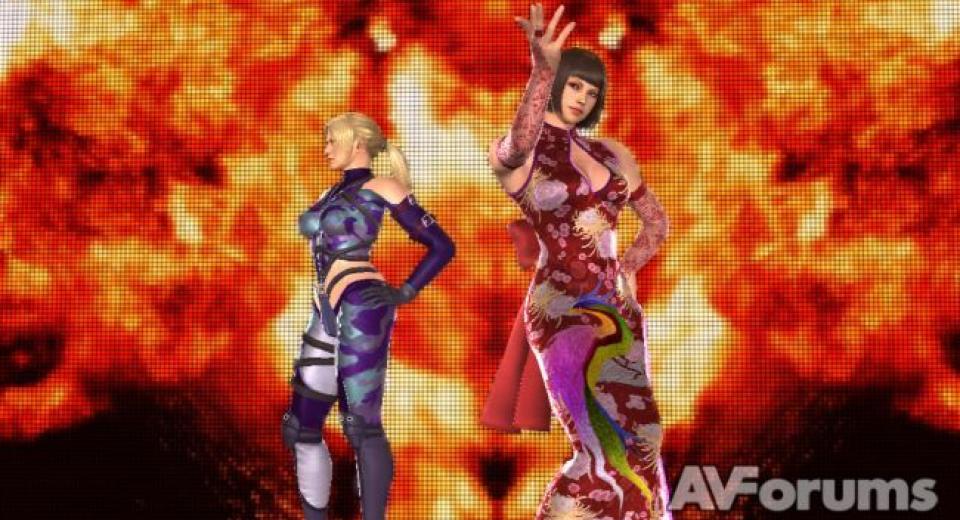 Ah good old Tekken. As unpredictable as any other franchise since its Arcade and PlayStation inception, NamcoBandai’s venerable series has seen more than its fair share of ups and downs during the proceeding generations. Those initial PS1 forays into the King of the Iron Fist Tournament raised expectations for a fighting game that pushed its host hardware to the limit, acting as a visual showcase and introducing a couch-bound multiplayer festival that favoured button mashers and technical pugilists alike. Fast forward to the PlayStation 2 and Tekken 4 however, things aren’t quite so rosy. The fanbase is bored, the sense of fun and excitement is starting to dry up, and it’ll take Tekken 5, 6 and a decent PSP offering before things start to pick up again.
Part of the reason for that decline was an inevitable consequence of releasing numerical sequels to fighting games that - by the mere fact of their existence - have to comply to certain expectations in order to succeed. Release too many and people get bored, change too much and there’s the inevitable outrage to deal with. Tekken tried to escape that fate by miring itself in ridiculous plot details and several new mechanics that failed to latch on during the PlayStation 2 and early “next-generation” releases, but to no avail. This was a franchise that eagerly required a reboot or an extended hiatus before interest could be drummed up again, perhaps copying Capcom’s approach with Street Fighter 4 by rejuvenating the series after a long, hard look in the mirror at the parts it liked the best.
At least, that’s what I thought before last week. Now however, I’m not entirely convinced that a spell on the sidelines is necessary, since Tekken Tag Tournament 2 is as much fun as I’ve had with any fighting game (that isn’t called Street Fighter 4) since those halcyon student days playing Tekken 3. The mechanics are the same and there’s little in the way of new content, so how did it end up like this? Truth be told, Tekken has always been a series that’s revelled in the utterly ridiculous. Whether it’s Tekken Force or Tekken Bowling that you remember, the best releases in the series have provided quick and easy access to the basic pleasures of its fighting system along with a healthy dose of irreverence and craziness peppered around the fringes. Tekken Tag Tournament 2 embraces that sentiment and takes form as - essentially - a greatest hits compilation of past games, boasting a roster that features pretty much every character you’d want to play in the series, but shorn of the entrenched storyline waffle and bloat that accompanied some of the other entries. What remains however, is the playfulness and the silly inventiveness of the Tekken designers - focused and ramped up to 11.
Nowhere is this more apparent than the training mode, which is aptly entitled ‘Fight Lab’. Delivering concise tutorials to new gamers has always been a difficult task for fighting games, but as you batter your way through the five sequences that make up the lab storyline, you’ll get a superb idea of exactly what Tekken is all about. Concepts such as aerial combos, reversals, throws, counter-throws, blocking, sidestepping, homing attacks, breakable scenery, tag attacks, tag throws and bouncing your opponent are covered with the repetition that’s necessary to gain the requisite techniques, but instead of the dry, boring experience they can be elsewhere, Tekken Tag 2 wraps them up in ridiculous tasks and a bevvy of surprises that are best revealed as you play.
It’s a colourful, brief and incredibly daft storyline that sets you up for the rest of the game modes (complete with animated clips and voiceovers). The basics will no doubt come flooding back for those that have played before, but perhaps those newer tag concepts might need a little bit of practice, so the traditional dojo-style training room is always available to work on your chosen character(s). Jumping into Arcade mode is as good a place as any to get a feel for the action however, so it’s probably more beneficial to bump the difficulty down and just bust out a few combo attacks against real opposition. As long as you're in the singleplayer modes you can pause and access a move list at any time, so practice can occur in realtime if necessary.
And if you did play anything from Tekken 3 forwards and might not need that practice, Tag 2 will feel almost entirely familiar to you, but also responsive, fast and balanced in a manner which has eluded the series thus far. The combat is still combo-heavy, leading to moments in which you can do little but watch as your lifeless corpse is strung along on a tidal wave of incoming attacks, but there are more branching sections and breakout opportunities than ever before. There’s a distinct sense of timing that Tag 2 demands of its players, and once you’ve gotten into the rhythm there’s little that can match the satisfaction of anticipating an attack, sidestepping, reversing or blocking and then launching a barrage of tag moves to drain your opponent's life bar. Of course, there are still cheesey characters to contend with (Eddy, Christie and spinoffs, naturally), but they don’t feel nearly as overpowering as they did before. Whether that’s the game better communicating the counter-measures or a result of the huge variety in the roster I’m not entirely sure, but it’s telling that there seem to be few favoured characters online thus far. Every bout seems to match me up against a different combination of fighters, which is a brilliantly refreshing situation for a modern fighting game. It helps that the net code is absolutely rock-solid too, and I’m yet to see a hint of lag or a dropout in the hours spent playing. Online matches take form as the basic ranked or player varieties with accompanying leaderboards, and there are options to create and join fighting ‘clubs’ via the Tekken website.
As ever, Arcade mode is the lynchpin of the singleplayer offering here, but (as with all the other modes) it’s a streamlined and fast-paced sequence of bouts that you can power through in quick succession. Each of the 50+ characters has an ending movie that allows the designers to bring a smile to your face with some ridiculous little sequences that vary in style, whilst the traditional time attack, survival and ghost modes are also available if that takes your fancy. Everything you do earns you in-game currency, which can then be spent on a variety of equipment and unlocks. Taking a leaf out of the Soul Calibur playbook, each of the characters has several wardrobe slots available for you to dress them as you please, and there are even a few high-power but slow-action weapons that can be assigned if you really want to humiliate your opponent.
It’s that framework of options and customisations that’s at the beating heart of Tekken Tag Tournament 2’s longevity, with some amazingly creative stage design showcasing the combination of attire available for the vast rosters of protagonists. It might not match the layered and Spore-like creativity offered up by the Soul Calibur 5 character editing suite, but there are so many different personalities on offer in Tag 2 that a new visual and fighting style is never far away. Every session thus far has yielded somewhat of a new experience for me, whether that’s discovering the environmental set pieces hidden in some of the stages or simply picking a new fighter and working out their style, it’s a buffet of fighting game entertainment where the quality of catering has been ramped up beyond your expectations.

Perhaps as the ultimate praise, this is the first Tekken game since my college days that I’ve actually wanted to sit down and play with friends. It’s a superb fighter with oodles of depth and accessibility for the many mechanics that are on offer, but it’s also one that ditches any hint of a sombre or serious attitude and goes along with the party spirit that fighting games should (at least in my book) be designed for in the first place. Whether you’re new to the series or a returning addict, Tekken Tag Tournament 2 is a surprisingly excellent treat.