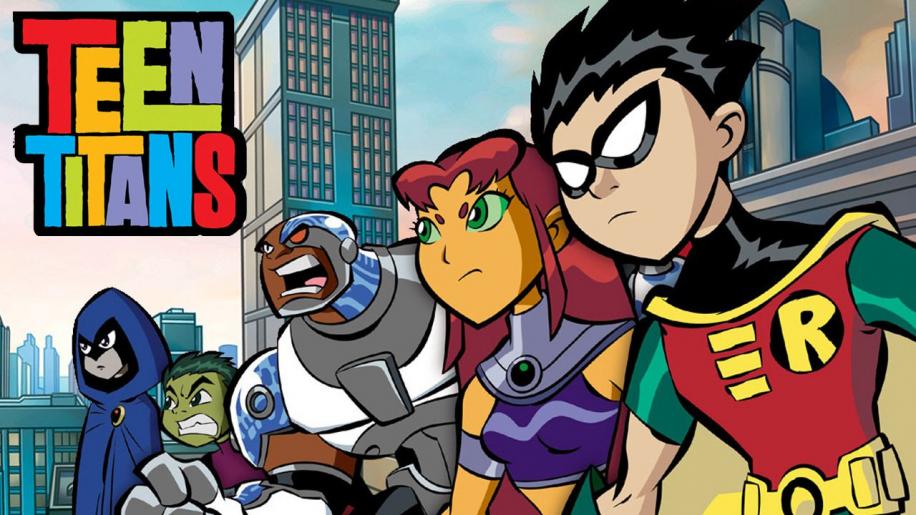 Season 1 of the Teen Titans is presented in its original 1.33:1 aspect ratio, with a non-anamorphically enhanced fullscreen transfer. Detail is good throughout, as you would only expect from an animated show, with solid outlines and shapes, particularly for each of the important characters. The colours scheme is quite broad - the team themselves probably display all the colours in the rainbow and their battle tactics certainly liven up the proceedings even more. Blacks are solid and allow for decent shadowing and overall it is one of the better animated presentations that I have come across recently. Teen Titans comes presented with a Dolby Digital 2.0 track, which is basically all you would expect for this kind of production. The dialogue, which mostly sounds like a bunch of kids shouting and screaming, comes through clearly and coherently and the effects - commonplace explosions, energy bolt shots and furious hand-to-hand combat - ruling throughout. The score is quite fun and upbeat during the show, generally suiting the action an comedy perfectly, but the title song is just one more reminder of the audience that this is show is specifically designed for - with irritating Japanese girls chirping the lyrics in their own inimitably high-pitched fashion. Finding Their Voices: Secret Information Behind the Making of Teen Titans is an eight-minute Featurette that has interviews and contributions from the creators, talking about how they conceived the different characters and tried to define their distinctive personalities. We see all of the vocal contributors recording their work, with each character explained using their vocal traits. Fans of the show are likely to enjoy this offering.

Comic Creations: From Comic Book to Cartoon is a twenty-minute look at the transition that the Titans have made from their Eighties comic inception into their small-screen representations. When you look at the some of the original comic art, you can see how the Titans were so popular in that format, but the animation does not showcase them in that kind of 'Dungeons and Dragons' light, instead dumbling the style down to its basic, most childish format. Still, the producers and creators all try and justify their version of the Titans and give you a long, protracted history of the production.

The Puffy Ami Yumi Featurette is thirteen minutes long and see the group performing and talking about the Teen Titans theme song. They are interviewed by the animated Titans characters themselves, answering the questions in subtitled Japanese. These two cute girls are quite sombre and serious in their interview, wholly dissimilar in attitude from what you would expect from their musical work.

The Puffy Ami Yumi Music Video is their music video for the opening theme song, kind of a cross between the Teen Titans intro and these two girls singing into microphones. Nothing wildly special.

The Sneak Peek at Hi Hi Puffy Ami Yumi TV Show is just a thirty-second promo for the new series.

Toon Topia Bonus Cartoons: The Hiros Episodes 1 and 2. This is an extra eight minutes of sample from the animated show, The Hiros, a strange cross-breed of animated style that reminds me of both Samurai Jack and some of the old MTV Liquid Television offerings. With plenty of espionage, martial arts and crazy beyond-Bond setpieces, it still suffers from looking dated in style and the comedy - I found - was a little misplaced. This one I cannot see working for kids or adults, so it is likely to perhaps only ever achieve some kind of cult status somewhere down the line.

Finally we get Trailers for the Justice League, Batman Beyond, The Animated Series of both Batman and Superman and the Teen Titans game. Teen Titans is one of the latest comic book based animated superhero shows, about a band of young superheroes that do their best to fight crime and evil. This DVD release of their first season of adventures has decent video and audio, along with a smattering of variably interesting extras, which is likely to make it appealing to young fans across the globe.