‘Ottava’ is to play an octave higher or lower than the written music specifies. You’re welcome. 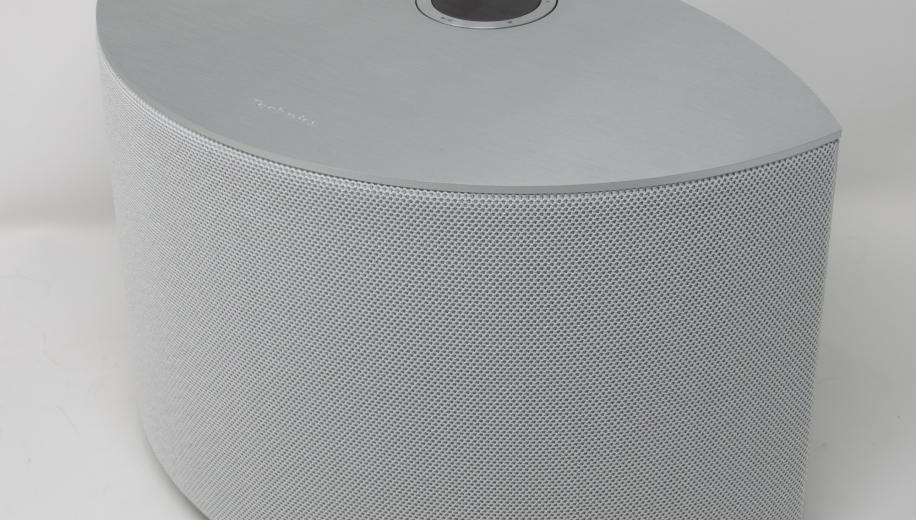 Introduction - what is the SC-C30?

The Technics Ottava SC-C30 is the smallest member of a range of wireless speakers that Technics has developed as part of their wider return to Hi-Fi. The Ottava wireless speakers are all built around the same platform which, it has to be said, is a fairly comprehensive one. At its core, the SC-C30 is able to access network and streamed content via wired and wireless audio. There’s a solid clutch of supported services too. The Technics can directly access Spotify, Deezer and Tidal but, thanks to the inclusion of Chromecast and AirPlay2 you can realistically send anything you fancy to it so even if your service of choice isn’t on the list, it should still work. AAC and SBC Bluetooth is also present.

The other area of note is that the Technics has a room optimisation system. Like quite a few speakers of this type, there are preset modes for free space, wall and corner use but these are augmented by the presence of microphones that allow the Technics to appraise its own situation and adjust its performance to suit. Some testing of this, carried out by placing the review sample on a small table and moving it around the room suggests it can be genuinely effective.

The hardware is fairly convincing too. The SC-C30 is not a true stereo product, in that it has two 16mm tweeters and two 65mm mid range drivers but augments them with a single 120mm ‘subwoofer’ which receives information from both channels. It is possible to argue that there are true stereo rivals available for similar money but it’s also possible to argue (and this is the side that I land on) that a single chassis device won’t be significantly affected by this approach. The amplification is Class D and is 15 watts apiece for the stereo drivers and 30 for the mono one. You can also buy a second one and use them as a stereo pair.

... it isn’t the best option going for accessing a large music library

The chassis and control interface of the Technics are a mix of the very good and not so good. The speaker itself is a classy bit of kit. It’s well made, and the brushed steel top plate in particular looks fantastic. This is a good bit of industrial design and it is immaculately bolted together. There’s a small display and some hard controls on the top panel but no remote control. This puts more responsibility on the app which is… alright. On the plus side, it’s stable and fairly well laid out but it isn’t the best option going for accessing a large music library. It also doesn’t support AIFF, which is a minor irritation too. The most immediately noticeable attribute of the Technics is that this is a potent sounding speaker for something this size. Furthermore, this potency doesn’t come at the expense of the SC-C30 sounding slow or muddled or simply being too powerful for the cabinet. This is an effortlessly room filling device. Furthermore, it achieves this while delivering believable tonality and good overall details as well. It takes the La Vita Nuova EP from Christine & The Queens and delivers it with the composure, space and detail to make it sound convincing. If you really lean on it, it loses some of this composure but you will have to be listening at a serious level for this to happen.

Something that the Technics also does very well is balance the ability to extract some of the worth of high quality Hi Res recordings without sounding merciless with compressed material. As with a few devices of this nature, using the SC-C30 via Spotify Connect is arguably the sweet spot of its performance and convenience but it responds well to Tidal too. My main criticism of the Technics is as much an observation of one of its functions as anything else. Like a few of these speakers that are configured with a view to working as a stereo pair, when being used as a single speaker, the presentation is determinedly single source. There’s a logic to this; even with a bit of DSP jiggery pokery, the performance from two very diffuse speakers in stereo isn’t going to be ideal but it does mean that the image of the SC-C30 is a little more constrained than some rivals.

... this is a potent sounding speaker for something this size

This should not take too much of the gloss off what is a very talented bit of kit. Technics has delivered a comprehensive specification and wrapped it in a strong performing, handsome and well made chassis and delivered one of the best options available for the price. With a few further software tweaks this could be a true champion but even as it sits, it earns our enthusiastic Recommendation.