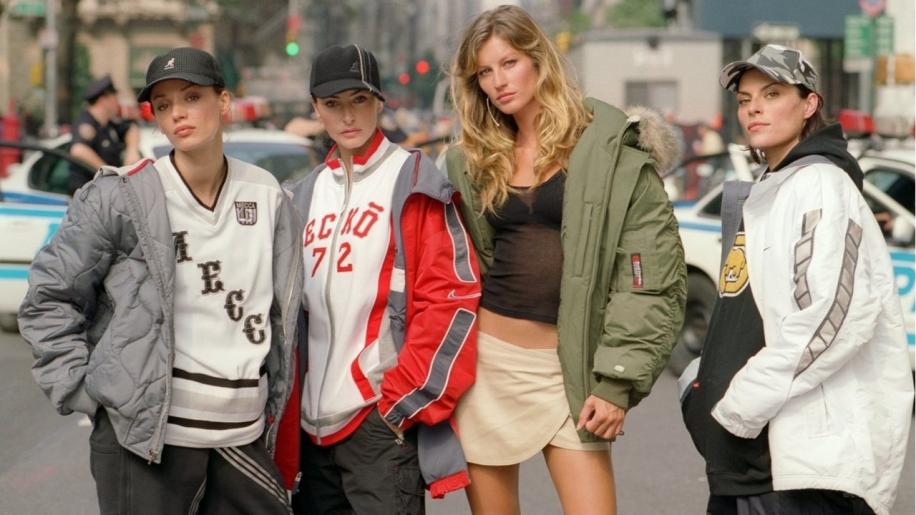 20th Century Fox's disc offers up quite a splendid 2.35:1 anamorphic transfer that is bright, vibrant and maintains a pleasing image throughout. The colours are warm and rich with no evidence of bleed or saturation. Just look at the gleam on the cars, particularly Belle's taxi. They seem to positively leap from the screen. Even the reflections dancing across them seem pin-sharp and vivid. Close-ups are tremendously detailed - even unfortunately so when you catch a sight of the grisly hair on the hotdog vendor's arm! Skin tones, whilst hardly realistic given the amazing amount of makeup on display, are pore-perfect and background information is not skimped on, either - check out the tools lining the walls of Belle's garage. Fast action does not betray digital demons, either, with cars zipping around without leaving any image residue behind, the picture remaining rock steady at all times. The one explosion is well delivered with a bright fireball caught against the solid blacks behind. Indeed, the black level is very well delivered, offering up a reassuring wealth of depth and shadow detail, the night-time ferry crossing being evidence of this. However, there is some slight edge-enhancement, but this will only be apparent when viewed on larger screens and by those who are actually looking for it. All in all, this is a very good transfer which, much like the movie itself, beams with vitality and a high sheen.

Sound-wise, Fox have equipped Taxi with a fairly robust Dolby Digital 5.1 mix that, initially at least, seems to have all bases covered. There is great, spacious separation across the front soundstage - with voices off-camera whistling from left and right, doors opening and closing, telephones ringing etc but, after a while, you will begin to notice that there is not much emanating from the rears. Oh they are active when we get to the cars roaring about all over the place but, strangely, even then there seems little for them to really get their teeth into. Whilst most of the action is anchored quite defiantly to the front - dialogue extremely well handled and directed, street sounds realistic and clear, soundtrack lively and jumping - the rears just seem to have been forgotten about. Gentle ambience is certainly there but, given the afore-mentioned whip-pan cars flying past you, you would expect a little more chaos back there to support the onscreen action. Even the sub, while it is certainly utilised, feels a little under-used and left out when you should be hearing and feeling those engines roar. But again, I have to remind myself that this action-comedy relies more on comedy. But still, there's definitely something a bit lacking from the audio presentation here.

The disc also comes furnished with French and Spanish Dolby Surround mixes that I only listened very briefly to during the action scenes. Again, same story really. The front soundstage does everything you would expect it to - punchy, alive and kicking - but the surround element just seems to be lacking.

Much like the film itself, your enjoyment of the extra features contained on this release will depend very heavily on how amusing you find Jimmy Fallon to be. Because, this really is a case of roll up, roll up and welcome to the Jimmy Dumb-ass Show! He dominates the proceedings in the most heavy-handed slice of celebrity hard sell you can imagine.

First up, though, are four Deleted Scenes that are all finished off with a pristine image and 2.0 channel sound. For the most part these are nothing more than just scene extensions that offer nothing of any value, however, the first one does contain a nice moment of Washburn's woeful existence back on the beat. Next is Tim Story's Commentary track which gives little insight into the filmmaking process and reveals just how much he admires his stars and how good a time he had making this movie.

Then we have five featurettes that cover the making of the movie. The Meter's Runnin' is a fairly lengthy making-of that offers up tons of behind-the-scenes footage and an absurd amount of Fallon larking about. It's his first time in movies, folks, so give him a break, eh? Next up is Lights, Camera, Blue Screen which, as you no doubt guess, covers the usage of the not terribly convincing CGI for the film. Then we get what must the worst ever piece of filler to grace a DVD's special features to date and this is headed Tour Guide: Jimmy Fallon. Oh dear, you guessed it - this is just a few mangled minutes of the mighty Jimbo wasting time on the backlot. Seriously not funny. Just plain embarrassing. Then we have the American Comedy Central's Reel Comedy:Taxi which is roughly a half hour's TV show of two jackasses dressed as redneck cops interviewing, in full-on comedy irony mode, Fallon and Latifah, whilst they all drive around the Big Apple in, of course, a taxi! Finally, we are treated to a brief video montage of the supermodel gang's movie exploits, entitled simply Beautiful Criminals.

Rounding off the proceedings, we have one of those naff Inside Look super trailers for the latest Martin Lawrence atrocity - I've already forgotten what it's called - plus the trailers for Sandlot 2 and American Dad.

Looks like a fair wedge of extras but believe they ain't worth your time and effort.

Overall, I have to admit that despite Taxi's many, many shortcomings I actually quite enjoyed it. As daft as it undoubtedly is, as juvenile and lame-scripted as you've probably heard elsewhere, there is still a fair degree of goofball charm wrapped up in there somewhere. And, as sorry as I am to concede it, that goofball charm belongs to none other than Jimmy Fallon. Sure, he's annoying and the exact key to his talents is, to me at least, still indefinable - it's impossible to gauge just what his range really is having not seen him on SNL and, on the basis of Taxi anyway, it can't be very wide - but he did manage to make me laugh a couple of times. Even the sass-queen herself was amiable enough to keep the interest level up.

The disc presentation is visually striking, if underwhelming on the audio side and the extras are definitely for professional Fallon fans only but you still can't deny that, for a very poorly received movie that sank at the box office, it has been treated quite well for its arrival on disc. And you get two versions of the movie, as well. But if you don't like Fallon - that's hardly a good thing, is it?