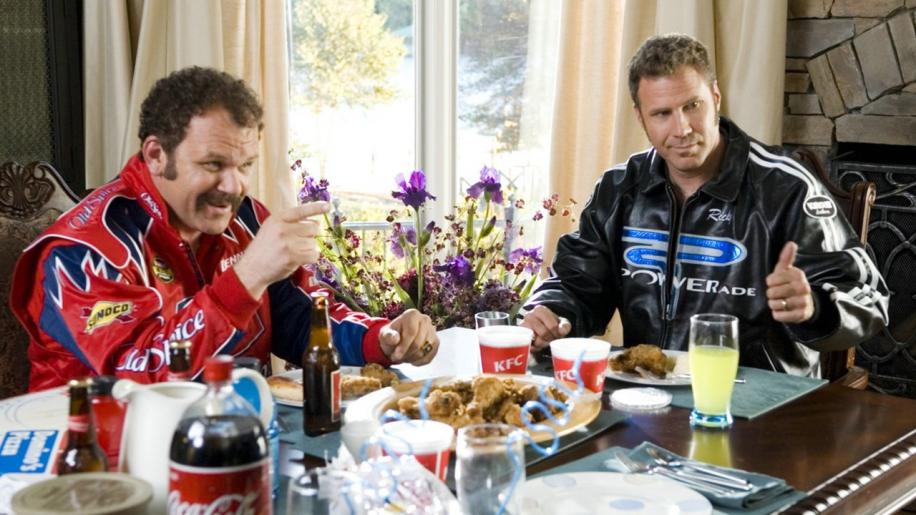 The disc has been given an anamorphic widescreen 2.40:1 transfer and remastered in high definition. For the most part the picture is bright and bold, colours shine off the screen. Detail is pretty good, definition up close is excellent, though distance dies soften a touch, especially in the crown scenes. Brightness and contrast are set to give descent blacks, though the film rarely uses them. Digitally there were no compression problems and only a smattering of edge enhancement to be seen. Original print problems were limited to some slight grain, other than this it was pristine.

There are two Dolby Digital 5.1 tracks to choose from, English and French. The English track is above average in its delivery, there was good separation and a decent enough range. But very little in the way of surround effects, I expected huge crowd roars, tyre squeals and engine noise during the racing segments, and whilst there was an attempt at this, it was all very tame. Even the crashes failed to light up the sound stage. At least dialogue was always clear and precise without distortion or hiss and clearly audible, even if the track itself was a little on the quiet side.

What at first glance appears a huge array of extras is in fact little more than extended scenes and alternate takes; the deleted and extended scenes, bonus race footage, (in) character interviews, gag reel, Ricky and Cal's commercials, Ricky and Cal's public service announcements, Walker & Texas Ranger: montage and outtakes and Line-O-Rama are nothing more than the cast goofing around, trying out different and alternative lines not used; none of them any funnier that what is already printed and in the end all very, very repetitive.

There is an audio commentary, again performed in character, but I did not have the energy to sit though the film again, chances are its also tired and boring, much like the film and the above extras.

There is one featurette entitled Will Ferrell Returns to Talladega, and is pretty much summed up by that title, does contain interviews with actual drivers and with a run time of less than five minutes doesn't outstay its welcome.

There are also a few ads for the NASCAR 500, but having no interest I neglected to check these as well.

I did not get on well with this film, finding it overlong, dull and unfunny. Clearly, though, fans of Farrell, or even racing, may gain some satisfaction. A reasonably decent picture and sound can't outway the dreadful extras though, so no matter how I look at it I can't justify a decent score.