Tales From The Crypt DVD Review 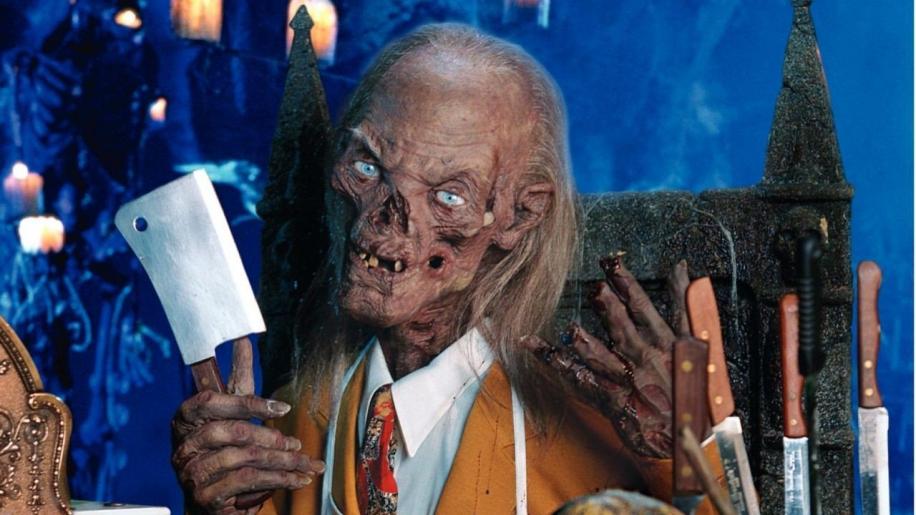 Shot in full frame, Crypt's picture is adequate. Although made for television, each episode is like a 'mini-film' and features production values you would expect from a feature length movie. There is unfortunately plenty of grain evident throughout the six episodes, but the grain is more evident in the final episode where some particular scenes look pretty bad. (In some ways it helps some of the stories along with a 'seedy' and 'creepy' look). Some re-mastering may have been done to the set, as the picture throughout all six episodes is generally quite good (apart from the grain) but then it gets a little worse for wear, particularly on dark or bright scenes. This may or may not be the fault of the negative as I believe the series at this early stage was possibly shot on film. The book ending Crypt Keeper scenes, which are shot always in the dark, come across quite well with deep blacks and good colour on his decaying face. Like I said the picture isn't always brilliant, but generally the series has been preserved well. Presented in 2.0 Dolby Digital sound, all six episodes are in a good state sound wise, if on occasion a little quiet. The dialogue is clear and the sound effects are well encoded into the left and right channels. Every now and then, some effects escape into the rear surrounds. This creates a good atmosphere especially on Robert Zemeckis' psycho Santa episode. The series was originally mastered in Dolby Surround and seeing that the rears awake occasionally, it would appear Warner have used the original sound masters. It would have been nice to have a fully remixed 5.1 track just for the experience of hearing the Crypt Keeper's mad cackle in full blown 5.1 Dolby Digital. A terrific documentary, 'From Comics books to Television' is included on the second disc. This documentary is packed full of interesting stories and a detailed history of the comic books and their eventual adaptation to television. We find out how moralists in 50's America blamed the rise of horror comics on juvenile crime and how the comic influenced the likes of John Carpenter and others. Also on disc two is a short overview on Season One by the Crypt Keeper himself. A bit pointless really but it is always fun to hear him chat away.

The Introduction by the Crypt Keeper on disc one is a short introduction to the episodes from his hospital bed!! Worth watching just the once for pure novelty value. Still entertaining some 15 years later, Tales from the Crypt features good old fashioned horror stories with equal scares and laughs. It's still a lot better then some of the rubbish horror fans have to put up with today and as it can be picked up fairly cheaply, great value as well. Go on, boys and ghouls, treat yourself!!!