Save yourself the time and expense and skip this terrible movie. 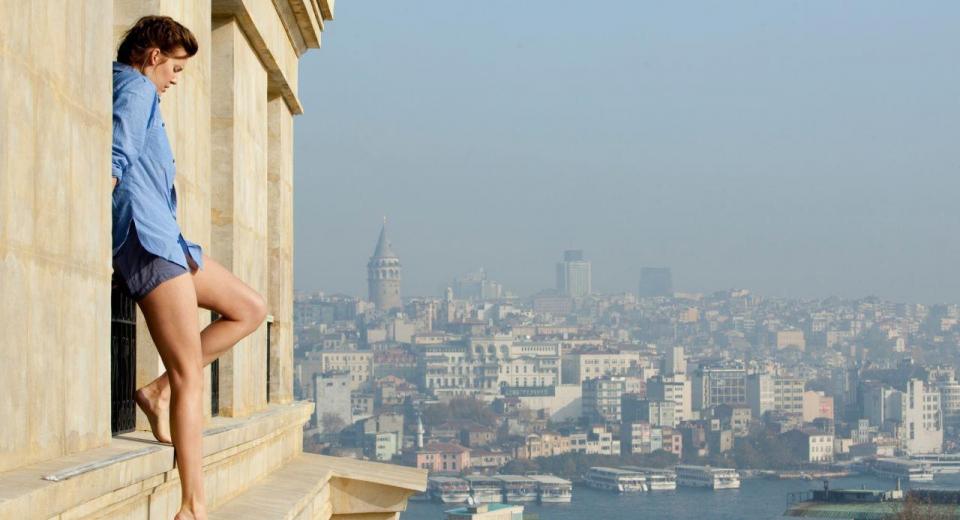 Taken 2 comes to Region Free UK Blu-ray with a very impressive 1080p/AVC High Definition video presentation in the movie’s original theatrical aspect ratio of 2.4:1 widescreen. Although the movie has been shot in an intentionally gritty fashion, this does not prevent the detail from remaining strong in almost every single sequence, with only a few brief moments where grain gets marginally out of hand. Generally fine object detail is very good; skin textures and clothing weaves are faithful and accurate and background details are lovingly rendered. There’s no sign of any edge enhancement; no unwieldy DNR usage, and no other noticeable digital defects. The colour scheme is well rendered, although obviously stylised to give it that typically ‘Taken’ edge. Black levels are generally strong, but do waver slightly around the edges, and don’t come across as utterly inky, deep wells. Overall, though, it’s a very good video presentation, just shy of demo quality and impressive in many respects. The accompanying DTS-HD 5.1 Master Audio track is also a decent offering although, again, it doesn’t achieve reference status – the top-heavy score takes precedence over near-enough everything else on the track, and the surrounds are seldom used as effectively as you would have hoped for in such an action-centric feature. Dialogue comes across clearly and coherently throughout, from Neeson’s gravely undertones to Kim’s panicking yelps, thankfully managing to keep its head above the rest of the elements on the track in spite of the fact that the score threatens to swallow everything else up. Effects are myriad: numerous frequent gunshots – including those discharged from both a 50mm mounted gun and several assault rifles – several car crashes, and a few explosions (including those infamous grenade drops). The trouble is they don’t really get any kind of decent treatment; there sound design is somewhat limited and the rear action is practically non-existent at times, with only atmospheric ambience giving the rears something to do. The Bourne-heavy score really doesn’t do the feature any favours, and takes over almost throughout, leaving you positively tired by the end of it. Overall a very good but far from exceptional aural offering. Identical to the US release, the UK release boasts only a small selection of extras – no Commentary and no significant Making-of Documentary – but is still noteworthy because of the aforementioned Alternate Ending. If you want to know more about that, then go to the bottom of my main film review here. Basically it is well worth checking out, dramatically changing the final 25 minutes of the movie. Whilst it doesn’t save the film – it doesn’t make it good – it does make it better than it was.

There’s also 7 minutes of throwaway Deleted Scenes, and two short features: Sam’s Tools of the Trade and In Character with Liam Neeson – the former allows you to very briefly look behind the various items that Mills uses along the way, and the second has Neeson chatting briefly about reprising the role.

The other point of interest is the Black Ops Field Manual option which is available only on the Extended Cut, and which is a Picture-in-Picture Track that gives you some rather gimmicky additional information about Mills’s skills and kills (it’s a bit like the Drive Angry kill meter – fun but throwaway). In short, Megaton’s Taken 2 is a terrible film. It’s already had a critical bashing from just about every corner and I would have loved to come out guns blazing in support of this underdog but it is just too awful to side with. If there’s one thing you need to know about this movie it’s that you should not waste your money on it. If, like me, you were disappointed by the Theatrical Cut and somehow thought this Extended, ‘Harder’ Cut would be an improvement then you’ll likely be doubly disappointed second time around. Whilst the additional violence does marginally improve the impact of the film, the disjointed editing is still just as bad as ever, and, by the end of a second viewing, you realise that there was far more wrong with it than could ever be fixed by an ‘uncut’ version (I’m getting increasingly worried about A Good Day to Die Hard now).

Still, if you do pick up the Region Free UK Blu-ray, you’ll get very good video and audio, as well as – most interesting – a 25-minute Alternate Ending (fully-finished) which is actually better than the final cut ending (not that this is particularly hard to achieve). Certainly fans will want to pick up this package, but those who figured the problems with the Theatrical Cut would somehow be fixed on Blu-ray will, like me, realise that their hopes were largely in vain.