Tabu : A Story of the South Seas DVD Review 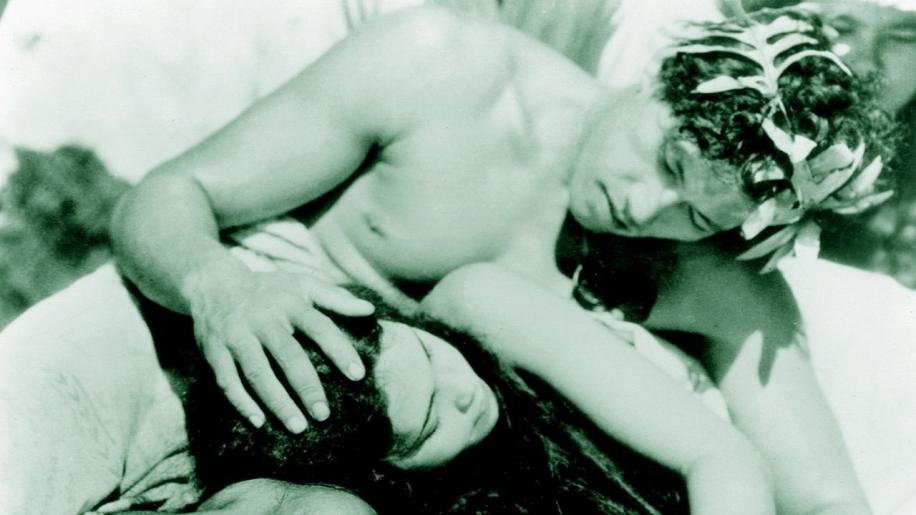 Tabu is presented here for the first time completely uncut and uncensored. All previous releases have been cut in some way. It has also been completely restored and remastered, and experts have stated that this is the best the film has ever looked.

I have not seen any of the other prints, so cannot do any direct comparisons, but by all accounts this is the best the film has looked - and I can believe it. It is certainly true that the print does display some damage, showing some marks in certain scenes, and the image shows some softness in certain scenes, but this is only to be expected from a print of this age.

Despite this, the DVD shows up an excellent level of detail and black levels are strong. Contrast levels are also excellent, and the overall result is a print that is quite stunning considering the age of the film.

I should also mention, at this point, that the restoration has been done extremely sensitively. There is no edge enhancement visible, and the result is a beautifully natural image. This is the second disc I have had the pleasure of viewing from the Eureka stables - and again they have done an excellent job. The audio has not been remixed at all, which is a relief. It would be a shame if they had gone for a new mix, considering the original score is so integral to the film. The sound does seem to have undergone some remastering - but generally the sound mix is the weak part of the package, sounding a little shrill and harsh at times. The finished film will contain an 80 page booklet which we are yet to receive here at AV Play. But we have been told that the booklet contains plenty of images from the film, as well as articles by Scott Eyman, Richard Griifiths, and David Flaherty . In addition to this, we are promised an interview with the film's cinematographer Floyd Crosby and the original story treatments by Murneau himself.

We will update this review as and when we receive the booklet.

However, Eureka does not leave it there, with a commentary included on the disc too. This commentary is provided by R. Dixon Smith, and Brad Stevens. The commentary is informative, and not at all dry, concentrating on the more technical aspects of the film, as well as the more factual - such as which scenes were originally censored. They reach the conclusion that this is the best treatment the film has ever received.

The extras score is likely to be significantly higher once we receive the book. I mentioned in my last review that I thank Eureka for opening my eyes to cinema that I never would otherwise have seen - and I do so again here. Tabu is a stunning evocation of a culture and time that will probably never exist again, and is also a film that transcends the limit of silent film and touches the audience in a profound way.