Tabu: A Story of the South Seas Blu-ray Review 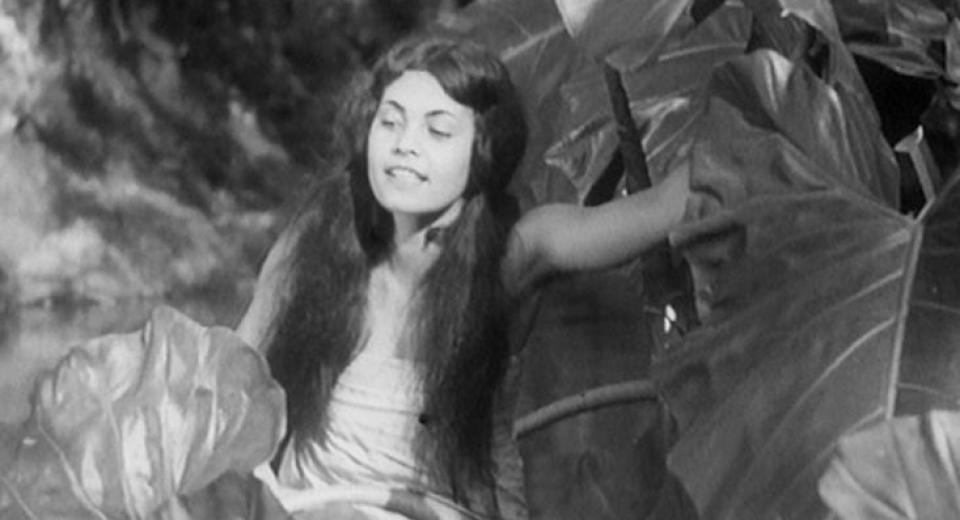 The disc presents a 1.19:1 Original Aspect Ratio (for the first time) 1080p transfer using AVG MPEG4 codec and is Region locked to B.

Ok, so we’re looking at a film print that is over eighty years old, but you know what, it’s aged extremely well! Taken from the Murnau-Stiftung/Luciano Berriatúa 75th Anniversary restoration (same as Eureka’s DVD release of 2007) which is itself an incredibly well cleaned-up image, this new 1080p HD transfer is an improvement again. The step up in clarity and detail really pays dividends giving an even sharper more refined print. Skin texture is easily seen in close ups, the grass skirts have definition, the sandy beaches are wonderfully realised and the clear waters of the sea are a delight.

Brightness and contrast are very well set to give an extremely wide grey scale and some very deep blacks (well, deep grey, it never actually reaches black, but it’s very close) that adds some depth to the picture, aided admirably by the cinematography. Light and shadow play an important part in Murnau’s pictures and here is no exception, there is neither crush nor clip in any black or white leaving a very solid looking image.

Due to its age there are instances of brightness wavering, original print damage, tramlines and other instances of pock marks, however within the confines of the age of the film these only add to its charm and never become bothersome. There is no unruly DNR, smoothing or smearing, indeed it is a terrific example and a testament to the original restoration. Only the one track; the original score: an LPCM 1.0 mono track. I would advise against using your processor to artificially enhance this track as the front speaker and sub should be more than happy to bring this lively track to life. This track too has been the subject of a digital clean up that has removed all instances of hiss, pop and crackle, even when at my reference level it still played well without any of the shrillness that older tracks can sometimes be associated with. There is a clear and well defined range, and the sub helps to fill out the lower end with ease – ok there is no significant bass, but some of the drums and bassier moments are aided in the impact. It’s clear and precise and never tinny or distorted. Excellent stuff. Tabu: A Story of the South Seas is F.W. Murnau’s last film and using his wealth of experience and storytelling grandeur he produces a tragic tale that is at once powerful and emotive as well as majestic and grand. Drawing on his familiar subject matter of lovers trapped in a tragic inevitability the story tells of two island lovers who try to defy a God's decree when the girl is branded Tabu, and whose struggle against it encompasses love but eventual loss when the walls of fate come closing in. Filled with rich imagery and shot on location in the Southern Islands of Bora Bora and Tahiti, Murnau and his cinematographer Floyd Crosby produce a film which has a story that anyone can relate to making it very accessible; seen here uncut and in its best form for over eighty years, it comes highly recommended.

Eureka has produced, as part of its Masters of Cinema range, another winner. The disc is Region locked to B and contains an incredible-looking picture considering its age; it’s bright, clear and well-detailed with a tremendous greyscale – the sound too, in LPCM 1.0 mono flavour, has been cleaned up remarkably well giving a clear and precise track that doesn’t distort or hiss even when turned up. The extras package is healthy and contains plenty of information on the film. It deserves a place in any film lover’s collection.