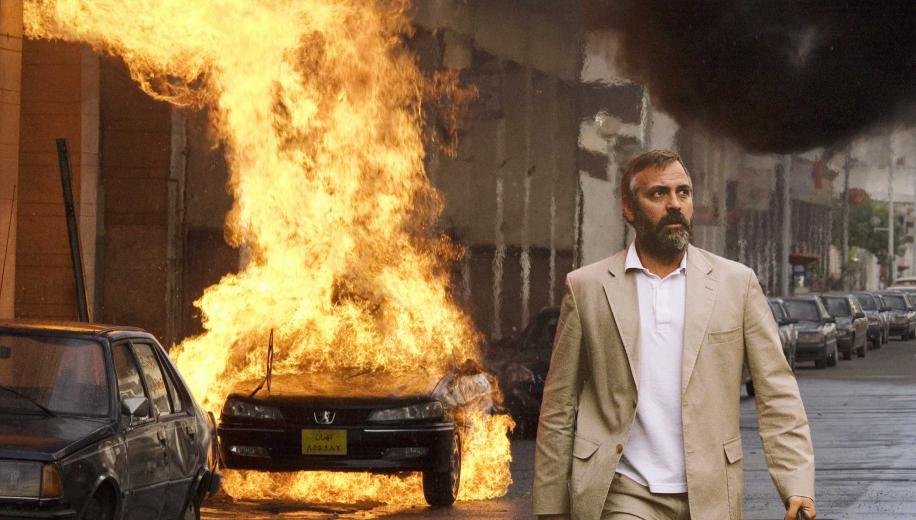 As we should expect from a new release, Syriana looks good on the print side of things, with little grain, and zero damage present. Colours too are very well done, with the movies dusty palette of yellows and browns brought to life with a rich and vivid tone. Blacks are deep and solid, and skin colours are even and accurate. Detail is crisp and sharp, with no real noticeable edge enhancements. The picture is let down by some unstable digital artefacts and blocking which are present on a lot of background scenes and prevent this transfer from being real top draw material.

Presented in a Dolby Digital 5.1 soundtrack, it's difficult to be too harsh here because of the nature of the film. Unfortunately however, sound is distinctly unadventurous, nestling predominantly in the centre speaker with very little scope to bring in the surrounds. The rears are virtually unused, even for musical score, the bass is a little flat throughout and not handled particularly well in the brief scenes that allow it a chance for a workout. On the plus side dialogue is crisp clear and well balanced, which helps detract from an otherwise disappointing effort.

Considering this is a film which so obviously has a message, it's somewhat disappointing to see Syriana arrive on DVD with very little in the way of supplemental materials. Up first is "A Conversation with George Clooney”, a self explanatory ten minute interview. Clooney is always an interesting and engaging speaker, and this interview on the film is enjoyable, although its brevity leaves you eager for a longer set.

Following this is "Make a Change, Make a Difference” which runs for around the same length and follows the same style. Here there are interviews with a wider range of cast and crew on the social and political overtones of the movie, a point that surely could have been equally served by a more factual and in depth documentary that this release surely calls out for.

Next up are three deleted scenes, which focus primarily on the personal life of Clooney's character and offer the film some much needed emotional reference which the final cut lacks. Rounding off is theatrical trailer which goes a long way to misrepresenting the film as some sort of Spy Game style thriller.

All in all, a somewhat light selection. No commentary from director and cast or documentaries despite the potential of the source material, this appears to be a missed opportunity. Or, as the cynical side of me tells me, provides great potential for a Special Edition release six months down the line.

An important and brave analysis of the many facets of the oil industry, Syriana is an intellectual and daring release. It's also not an easy watch for the uninitiated, and its aloof style and lack of narrative cohesion may be a step too far for some.