Taking a bad trip through time 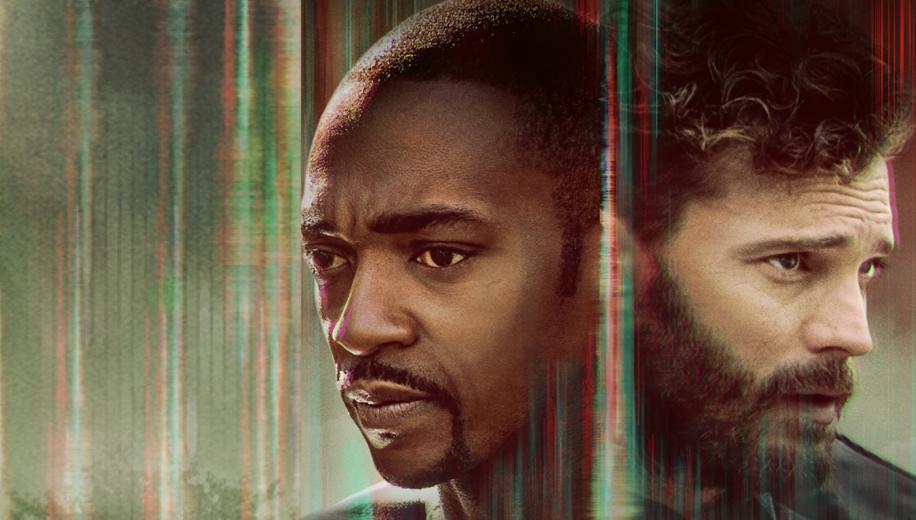 Anthony "Falcon" Mackie and Jamie "Fifty Shades" Dornan star in the latest mind-bending sci-fi from the filmmakers behind the indie gem The Endless.

Filmmakers Justin Benson and Aaron Moorhead have just signed up to show-run the latest Marvel TV property, Moon Knight, starring Oscar Isaac as the celebrated multiple-personality protagonist, and it's tremendous news. The duo have written and directed a number of challenging features and, if given their opportunity with the right material - which Moon Knight appears to be - they could turn in something rather tasty. Their debut, Resolution (available on the Limited Edition Arrow release of The Endless) was impressive, and The Endless only cemented their craft, whilst Synchronic affords them a bigger budget, and bigger names attached. They're no less interested in tackling challenging themes and ideas though, working up a time-travel sci-fi horror-infused mystery on a modest budget, letting style and hard sci-fi do the talking.

Definitely not a film for everybody, likely those who will get the most out of this feature are those already familiar with the works of Benson & Moorhead

Paramedic partners Dennis and Steve start encountering a number of strange accidents - and fatalities - involving various individuals on a mysterious new drug called Synchronic. When Steve is given weeks to live, he makes it his personal mission to rid the streets of the drug, but things get complicated when Dennis' teenage daughter disappears and the only way to get her back seems to involve going on a rather extreme trip...

There's no denying that higher profile, bigger names or a bigger budget do not necessarily equate to better work, and Benson and Moorhead, whilst maintaining their great ideas, are clearly constrained by the more mainstream environment, losing the superb locales chosen for both Resolution and The Endless and leaving Synchronic in the halfway house between visually distinctive sci-fi and run-of-the-mill police procedural, with only their second-half time-travel craziness to spice things up, which can be a little hit-and-miss. Points for trying though, and even if only some of the ideas land, there's definitely a classic Benson and Moorhead vibe that pervades the piece, as Mackie's dying protagonist goes to increasingly extreme lengths to save a life, even if it's not his own.

Casting is interesting, with Mackie a solid choice despite having precious little of acting note in his filmography. He was really the ideal choice to make for an affable B-level player in the MCU (Falcon being one of the most underpowered of the superheroes) but he has also been typecast ever since in that kind of undemanding, middle-range role, with perhaps only his atypical Black Mirror performance breaking the pattern and giving us an idea of the range he might be capable of. He's good here, but not great, and it would have been interesting to see what a different actor would have done with the increasing physical (and mental) toll taken upon the lead character by his successive voyages. Jamie Dornan remains in the background, more as a named actor to add to the promotional material, but that's fine, this is Mackie's baby or perhaps just Benson and Moorhead's baby, as it should be.

A time-travel sci-fi horror-infused mystery on a modest budget, letting style and hard sci-fi do the talking

Definitely not a film for everybody, likely those who will get the most out of this feature are those already familiar with the works of B&M, having enjoyed their particular style of indie sci-fi horror, fans will undoubtedly lap up their first real high(er) profile release and forgive its faults and shortcomings as they can see through them to the classic traits that define the filmmakers' style. Newcomers might struggle to stick with the journey, unsure as to where it might go or whether it'll be worth it when they get there; it's still a low budget indie affair at heart, despite the presence of known actors and some more adventurous effects moments than you might be used to from this duo. It will certainly be interesting to see where these filmmakers go next, and how much free rein they are given to make Marvel's Moon Knight. but after the adventurous left-field style of WandaVision, we can likely expect something special.

Synchronic is available digitally on premium video on demand on Amazon, Google Play, Sky Store and Apple, amongst others, from 29th January 2021.
﻿