Sympathy for the Devil DVD Review 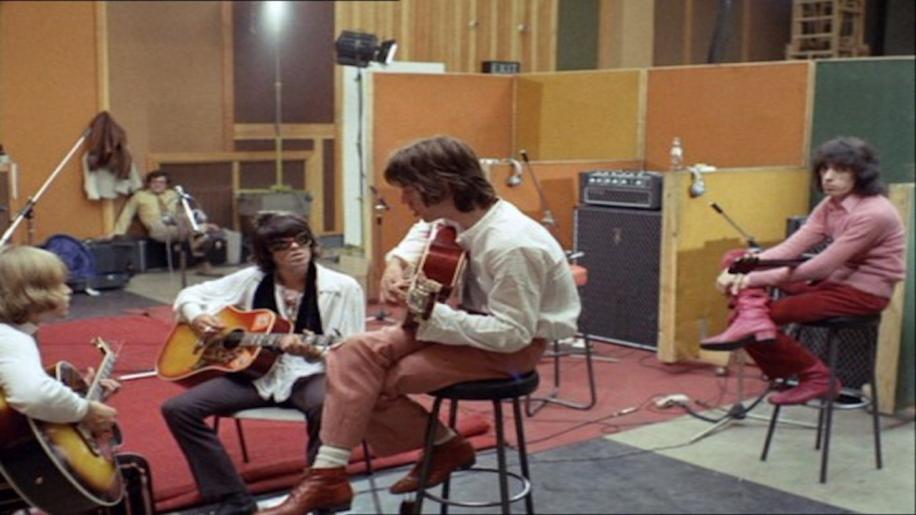 The 4:3 image looks great for a film of its age. Very colourful and clear with lots of detail. Very little print damage and no scratches or specks. For such an obscure title it's pleasing to see such excellent picture quality. The Dolby Digital 2.0 track is fine and suits the films raw style perfectly. The Rolling Stone scenes are better catered for than the political statements as there is a lot more going on in them, with quite a few dialogue separation problems. However to be fair, this is probably what Godard intended. The main extra is "One plus One" - Godard's original version of the movie which only differs in that it is without a different version of the song "Sympathy for the Devil" playing over the final Rolling Stones recording scene. This sounds very petty but apparently Godard got up and punched the producer Iain Quarrier during the premiere as he had changed the song!

Next is "Voices" (43:10) a behind the scenes documentary by Richard Mordaunt, which gives us some background regarding the climate of the time, plus Godard himself is interviewed. Rounding off the disc is the Theatrical Trailer, a 66 picture stills gallery, Bios for the cast and crew and a text essay called "One plus One=Chaos" which highlights the troubled production.