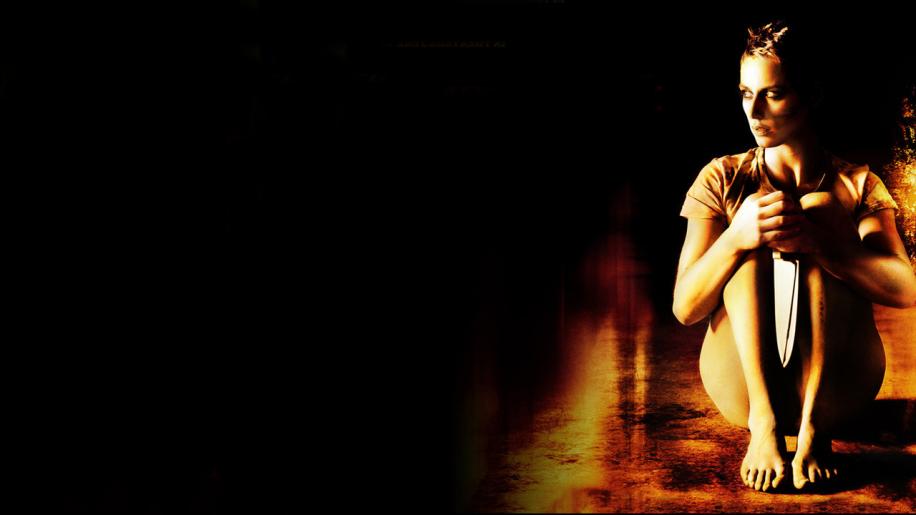 I am absolutely sick of Hollywood remakes. We're soon going to get a remake of the unsurpassable Infernal Affairs and I simply dread to think about what they will do with a film that was so good in the first place. Recently, however, their biggest sins have been in the horror department, remaking practically every decent horror movie out there - both modern Asian movies like Ringu, Ju-On and Dark Water and classics like Dawn of the Dead, The Texas Chainsaw Massacre and The Amityville Horror. It is not to say that some of these interpretations are not enjoyable, but they are largely unnecessary, often being produced simply because some people cannot be bothered to read subtitles. So I am proud to present a modern foreign movie that has not yet been picked up by Hollywood: Haute Tension, a French horror that deserves the same acclaim that other European horrors like Germany's Anatomie and the Brit flick, The Descent have earned.

Alex and Marie are best friends who travel across France to stay with Alex's family in a big house in the middle of nowhere. It all seems lovely and perfect and peaceful but, the very first night there comes a knock at the door which wakes up the entire house and sees several of its inhabitants tortured and killed in particularly gruesome ways. Marie is the first to notice that something is not right and is also the most resourceful, doing her best to avoid being detected and escape the clutches of this seemingly random serial killer who appears to be unstoppable.

I cannot afford to divulge any more about the story, suffice to say it is full of twists, turns, horrific violence and extremely high tension. Told largely from the perspective of the main protagonist, Marie, we get to feel every ounce of threat and horror that she endures, sympathising with her plight and becoming as desperate as she is to be free of this monster. As Marie, Cecile De France is clearly the star of the show and, despite the fact that I have not seen any of her subsequent movies, on the strength of this I hope she gets some bigger roles in the future. You may also recognise Maiwenn as Marie's friend Alex. Maiwenn was Luc Besson's underage girlfriend and subsequent first wife, who gained a small role in Besson's best work, Leon, as a young prostitute.

Haute Tension is easily the best French horror film that I have seen (although admittedly I have not seen many) but not only that, it is also one of the best horrors that I have ever seen. It is superbly acted, especially by Cecile De France, well shot (with excellent use of shadows) and markedly solid in its narrative. However, some might take issue with the ending, which admittedly tries so hard to be shocking that it risks losing some of the audience members along the way. I must say that it did leave me with a bitter taste in my mouth that - whilst intended - was not all that pleasurable, but still it is an excellent, highly commendable effort that proves that horror is clearly not dead and that it is just Hollywood that seems currently incapable of being original in the genre.

It should be noted that this is the original Korean single disc release which featured a heavily cut version of the movie (which is still gory as hell). Most subsequent editions - including the Korean 2-Disc special edition and both the US and UK releases have included the uncut movie.