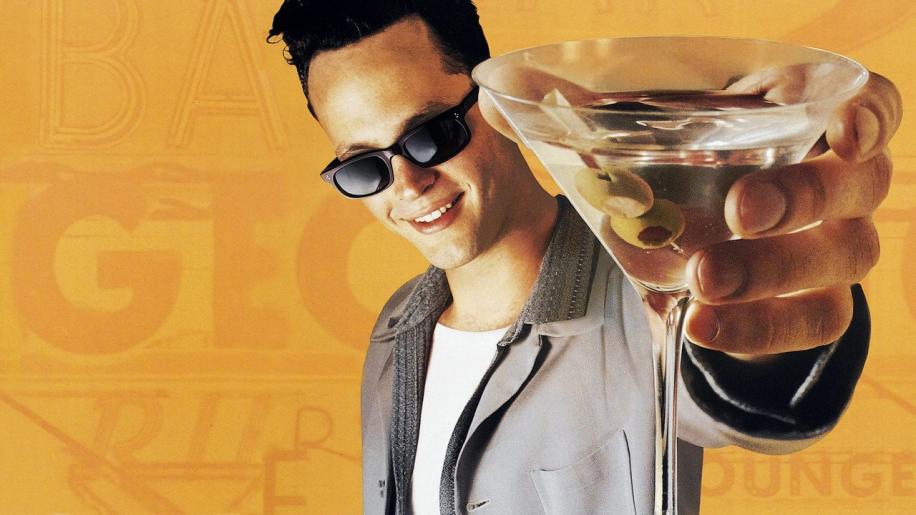 Boasting an anamorphic widescreen transfer and a “Special Edition” credit on the box, this is somewhat a disappointment. The biggest question I would have is why the print hasn't been cleaned and if it has, why doesn't it show? There's quite a bit of dirt and dust present on the print, even though I know it's a low budget movie, it should look better than this (as I said, it's a SE!). Colours are fine, with neon being vivid in Vegas, grungy when necessary and flesh tones are fine, with no colour bleed being seen (especially on some of the really vivid reds). Blacks are deep and dark and there's a little graininess, but that's mostly the low budget and charm too. Seen worse, but can't help but think for a Special Edition, it should have been better. The same criticism for the picture applies here. Why no Dolby 5.1 mix? Anyway, we have a 2 channel stereo soundtrack which is clear, with no hiss or crackle. Dialogue is clear and crisp and the music is nice and bright, but it's all a tad quiet. Seriously quiet actually - compared to my last review, I had to turn this up 12db on my amp and it still wasn't at the same volume as the previous movie. Which then goes back to why no remix as with all the swing music present, it could have really benefited from it? Still it's pleasant enough, but I can guarantee you'll be wondering what could have been. On the first disk, we get two commentary tracks, one featuring Doug Liman with Steve Mirrione and the other featuring Jon Favreau and Vince Vaughn. Disk two however contains a plethora of extras.Starting with the “Making it in Hollywood” section, we have four documentaries. The first “Art Imitates Life - Writing the Story” runs for 11 minutes and is effectively the story and elaboration of where the actual story came from. As Favreau states, he wrote what he knew and this is ultimately a story of where he was in life at the time. The second documentary “Life Creates Art - Getting Swingers Made” runs for 17 minutes and elaborates the struggle of getting the script made into a movie, from pushing the script around to staging re-enactments of it in the hope someone will think it's money. The third feature “Art Creates Life” runs for 11 minutes and relates to what happened after they made Swingers - and it's not a case of new found fame either, as the movie was complete but still no buyer/studio involved. It's also interesting hearing that certain cast/crew think that this was the easiest movie they've made - even if it was only shot in 20 days (18 days plus 2 for corrections). Final feature in this section is “Life Imitates Art - Swingers Culture” which runs for 11 minutes again and relates to how Swingers impacted on culture, from the Gap adverts to the increasing popularity of the Swing scene. All are quite fascinating to watch as it does hammer home how difficult it was to make this movie in such a short time!Next up is “The Cutting Room Floor” which has 5 removed scenes :- “Speakeasy Kinda Thing”, “The Hockey Game”, “The Kiss”, “Vegas Girls Trailer” & “Drunken Diners”. These scenes can be played individually or altogether (a total running time of 13 minutes) and are essentially longer/alternate versions of scenes in the movie. I think they were definitely right to remove them though.Next up, parody time. We have “Swingblade” short movie/trailer for your delectation. It's basically (if you didn't guess) what happens when you mix Swingers with Sling Blade. Very funny stuff. Finally rounding off the disk we have various artwork, storyboards, stills and the trailer for the movie. Well it's a good movie, but at the expense of repeating myself ad nausea, it's not really a special Special edition. The print isn't the best and why the sound has no option of a 5.1 or even a 5.0 mix is amazing. The movie is really good (hell I'd almost give it a bonus for Heather Graham looking gorgeous in it) and the extras don't overstay their welcome and are informative and very honest looking. Is this disk money? Almost but not quite.