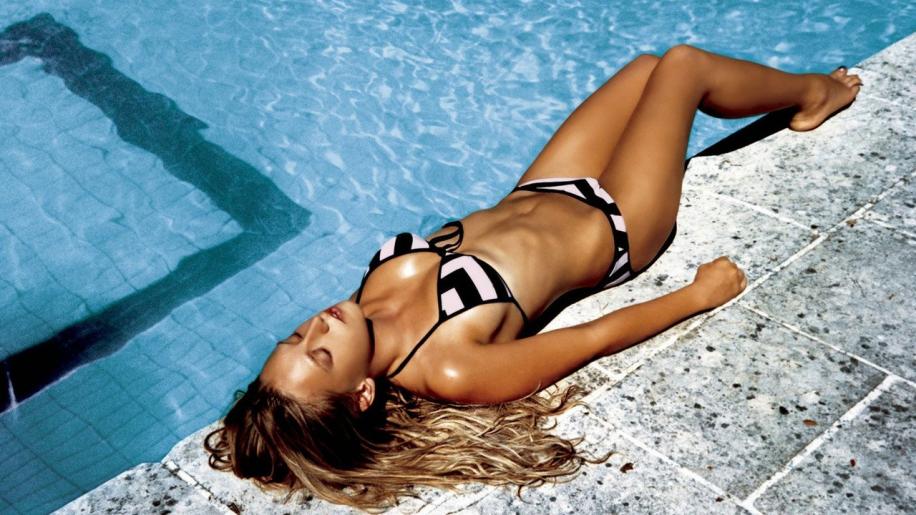 The 1.85:1 anamorphic transfer is as beautiful to look at as the scenery and characters that fill the frame. There are no signs of dirt or scratches on the print and only the darker scenes exhibit any signs of grain. Indeed for such a low budget production the clarity of the image is very good with fine detail easy to pick out, especially in the close up scenes. Colours are accurate and well produced with only the brightest reds showing some very slight bleed, flesh tones (and there's plenty flesh) also look natural. Overall this is a very good effort from the focus features team. Dolby Digital 5.1 and DTS are the soundtracks of choice on this unrated edition, but to be honest this is a dialogue driven movie which doesn't call for much in the way of sound effects. However there are long periods of silence during the feature and this may sound silly, but the sound of silence is very well done. You can sense the slight breeze as it blows across the soundstage with insect noises and the rustling of trees in the garden. Dialogue is clear and easy to follow and what little score there is sounds rich and natural. I guess swimming pool is the type of movie where a Director's commentary might be invaluable, but alas there is no such thing provided here which is a big shame. However the Director has stated in interviews that he wants the movies narrative to be open to your own interpretation, so I guess there's no right or wrong explanation to what happens on screen.

Presented on the disc are 12 minutes of deleted scenes which run into each other with no commentary and a theatrical trailer, so it's not bulging with extras features, in fact the French R2 release might be the one to go for as it will be a two disc release (but might not carry an English track). Also on the disc are forced trailers for other Focus Features productions on DVD. I really enjoyed this movie for its production and performances. It might not be everyone's cup of tea, but if you really are fed up with the usual Blockbuster CGI fests of late, you might just enjoy this simple, slow but though provoking slice of Indie cinema, Highly recommended.