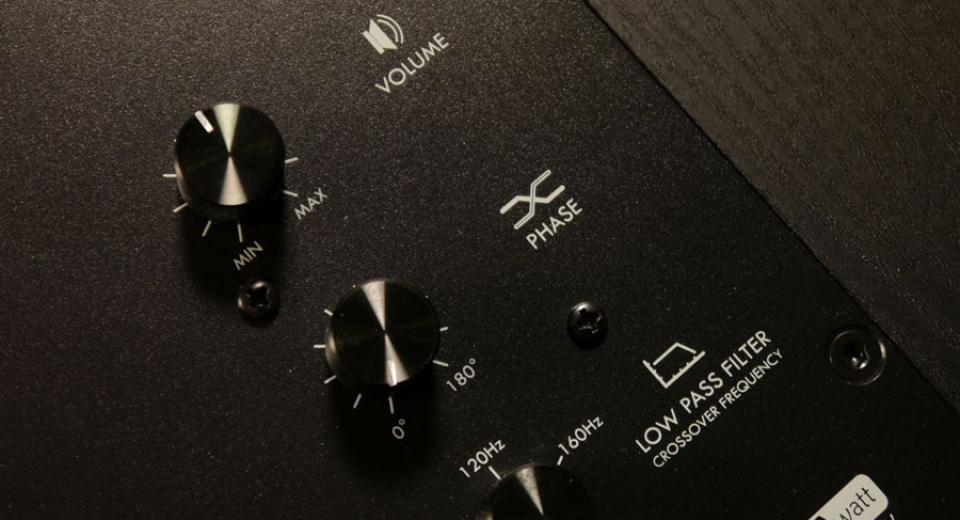 Any fan of subwoofers will know all about SVS, the US manufacturer have been plumbing the audio depths for some time and with great success.

Well this year they're back with their latest range of subs, the 2000 series, which is comprised of the sealed SB-2000 and the ported PB-2000. The previous generation, the SB-1000 and PB-1000 respectively, were hugely impressive and delivered some serious low frequency action at a very attractive price. In fact the PB-1000 picked up a Best Buy badge when we reviewed it and although the latest models are a bit more expensive, SVS have seriously beefed up the performance and added upgraded the design.
These new subs employ many of the acoustic designs found on the SVS Ultra range. They both incorporate a powerful new 500W Sledge DSP amplifier, along with a completely redesigned 12" driver. The result is a brace of subs that promise to deliver serious bass at a sub-£1,000 price point. In fact the PB-2000 can be picked up for £739 and the SB-2000 that we're reviewing here will only set you back £649. That seems like a lot of low frequency bang for your buck! So let's connect it up and find out...

The SB-2000 is a compact enclosed subwoofer that has a clean and stylish appearance. The black ash grain vinyl finish and curved edges are very attractive and the build quality is excellent. The enclosure is constructed of robust Medium Density Fibreboard (MDF) and sits on screw-in rubber feet. The sub has a pleasingly small footprint, measuring just 37 x 36 x 43cm, but it's still got plenty of weight to it - clocking in a 16kg on the scales. At the front there is a curved non-resonant steel mesh grille that adds a degree of modernity to what is otherwise a fairly traditional subwoofer design. It also adds a good deal of protection to the big 12" driver at the front of the SB-2000, which is handy for those with small children or pets. We weren't completely convinced by the grille however, feeling that a more traditional cloth grille would have looked better, but you can at least remove it. The SB-2000 uses the new Sledge STA-500D DSP amplifier, which can deliver 500 watts RMS continuous (1100 watts peak dynamic) with efficient and cool-running Class D topology. The DSP control allows for accurate response and refined behaviour under all operating conditions and SVS claim that the SB-2000 can go down to 19Hz. At the rear there is a three-pin connector for a six foot long power cord and a main on/off switch. There is also a continuously variable volume/gain control, a continuously variable (0-180 degree) phase control and a continuously variable (50-160Hz) 12 dB/octave low pass filter frequency with disable/LFE setting.

Also at the rear there is an Auto-On/On toggle switch, a 3-12V trigger with 3.5mm TRS mini-jack input and stereo line-level RCA input and output connections. There is a fixed 80Hz 12 dB/octave high pass filter on the line level outputs. On the front of the SB-2000 in the upper left-hand corner there is a small power status light that is red when the sub is in standby and blue when it's on. This light can get quite annoying, especially if the sub is in view and your room is very dark, but we found that a piece of black electrical tape could solve the problem.
The SB-2000 is an attractive sub but we're not entirely convinced by the curved metal grille at the front.

Setting up the SB-2000 will largely depend on the kind of system that you have but the most common will involve connecting the subwoofer to an AV receiver using a shielded RCA cable. The receiver will perform the upstream digital bass management and send the subwoofer a pre-filtered mono signal. With this setup, you set the low pass filter to LFE, the phase control to zero and the volume control to 12 o'clock. You then just turn on your AV receiver and run the auto calibration routine.

With this connection method, you have the option of using the SB-2000 to high pass the signal being sent to the loudspeaker amplifier because, as mentioned earlier, the line level outputs feature a fixed 80Hz 12 dB/octave high pass filter. All you need to do is connect the pre-amplifier or processor outputs to the subwoofer line level inputs and connect the SB-2000's line level outputs to the loudspeaker amplifier inputs. You can then adjust the low pass filter on the subwoofer to 80Hz and do a final low pass blending by ear.

We already use the SVS PB-1000 in our home cinema, so we thought we knew what to expect from the SB-2000 when we first set it up but boy were we wrong! The SB-2000 proved to be a revelation, especially when used in conjunction with Anthem's incredible room correction software on our reference MRX710. Despite being considerably smaller than the PB-1000, the SB-2000 delivered a stunning low end presence that immediately had us thinking about an upgrade. There was a real weight and presence to the entire lower frequencies that filled the room with bass energy.

Needless to say when it came to movie soundtracks the SVB-2000 really had a chance to shine, delivering all the low frequency effects and carefully engineered bass moments with marvellous skill. It seems that modern movie soundtracks rely on bass to add impact to scenes and underline the rest of the sound mix and the work of those talented sound designers was well served by the SB-2000. We decided to seat with the current 'king of bass' Pacific Rim and it didn't disappoint as every movement, punch and thunderous footfall of the Jaegers was reproduced in all its bombastic glory.

However, and this is important, the SB-2000 delivered all this bass with a degree of subtlety and nuance that was surprising. This small sub punches well above its weight but manages that rare talent of remaining detailed and controlled. Pacific Rim has reduced lesser subs to quivering wrecks but the SB-2000 didn't break a sweat, delivering all the subterranean rumblings without interfering with dialogue or other ambient sounds. Instead it perfectly keeps pace with the rest of the soundtrack, adding weight where necessary and impact when the story demands it. So impressed were we with the SB-2000's performance on Pacific Rim that we immediately reached for our classic bass tests, including Star Trek into Darkness, Terminator Salvation and Kung Fu Panda. Again and again the SB-2000 transformed our viewing and listening experience, rendering every thunderous action sequence with skill and creating an immensely enjoyable experience. We were frequently taken aback by just how much impact the low frequency effects had whilst at the same they stopped and started with real precision.

Of course a subwoofer can be used for more than just movie soundtracks, although generally we prefer listening to music with just our front stereo floor standers. However there are those who like to add a subwoofer to their music listening and so we set the Anthem up accordingly to give us a 2.1-channel experience. Here the SB-2000 showed its versatility in that also performed beautifully with pure music. We put the SB-2000 through its paces with a combination of albums and concert videos in both multi-channel and stereo mixes.

The SB-2000 was always up to the task, displaying a precision and musicality that is rarely found on subwoofers in the sub-£1,000 price range. What impressed us the most was how well the SB-2000 integrated into both two-channel and multi-channel setups and whilst this is partly down to the Anthem, it's also a testament to the skill of SVS. As a result, the SB-2000 will work well with any number of systems and regardless of whether you watch movies or listen to music, this diminutive sub won't let you down, delivering a deep and detailed bass that is both controlled and precise.
The SB-2000 delivered a sledge hammer blow far in excess of its size whilst remaining nuanced in its precision.

The SB-2000 sealed subwoofer is a triumph for SVS, packing a staggering amount of technology and power into its diminutive enclosure. The design is attractive, although we do think the removable grille is an acquired taste, and the build quality is excellent. At the front is a completely redesigned 12" driver and at the rear is a 500 watts Sledge DSP amplifier, along with a host of basic controls for setup.

All of SVS's experience and expertise has combined perfectly to create a subwoofer that punches well above its weight, delivering deep bass and real impact. However, it does this without ever losing control, allowing the SB-2000 to retain plenty of detail and precision. As a result, the SVS will perform just as well with movies or music, whilst it should also prove quite flexible when it comes to integrating into an existing system.

In fact there really is nothing about the SB-2000 that we didn't like, except perhaps the light on the front. So if you're looking for a subwoofer with a smaller footprint but plenty of power and control, the SVS SB-2000 should be at the top of your wish list.